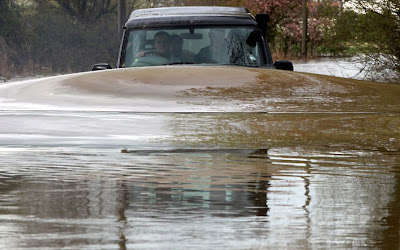 A 4x4 makes its way through the floodwater in Essex. Parts of Britain are braced for flooding as further heavy rain wreaks havoc across the country with 33 flood warnings and 158 flood alerts in place. 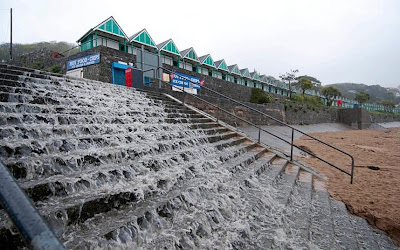 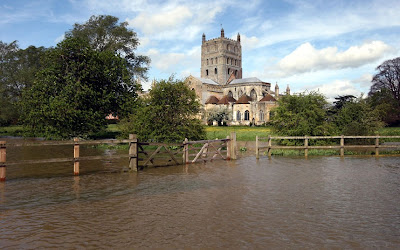 Floodwaters rise around Tewkesbury Abbey in Gloucestershire. The town lies at the confluence of the River Severn and the River Avon 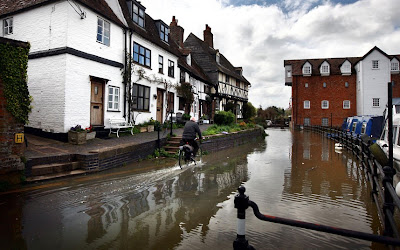 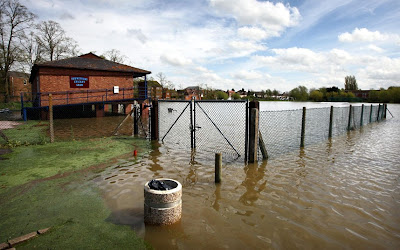 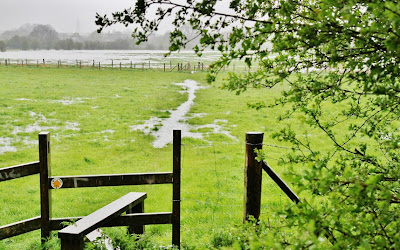 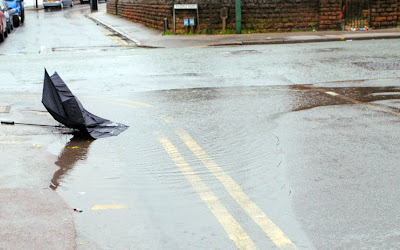 broken umbrella lying on a street in Nottingham... 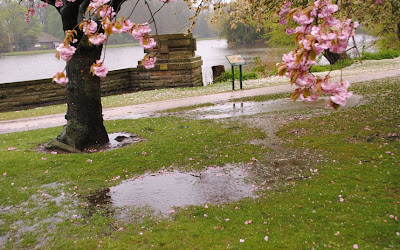 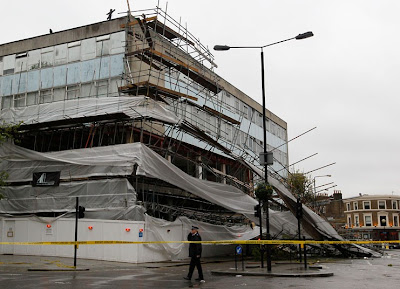 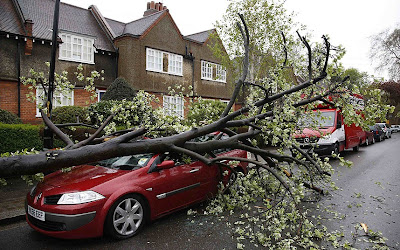 A tree knocked down during a rainstorm lies on top of a parked car in Dulwich, south London 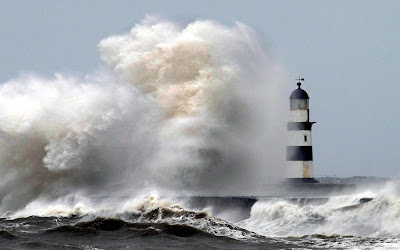 The sea wall and harbour lighthouse at Seaham, County Durham takes a battering from massive waves 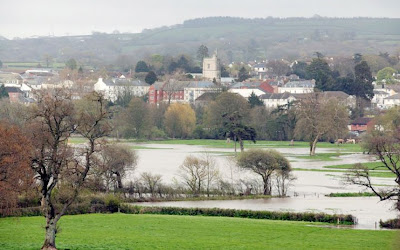 Fields lie flooded after heavy rain cause the River Axe to burst its banks, Axminster, Devon 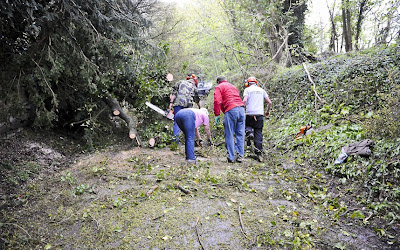 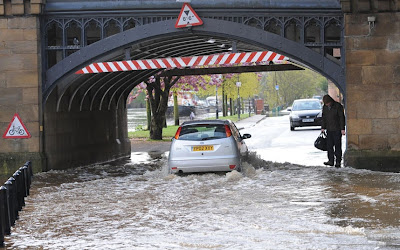 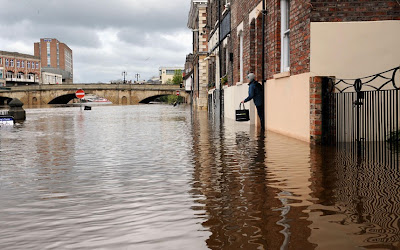 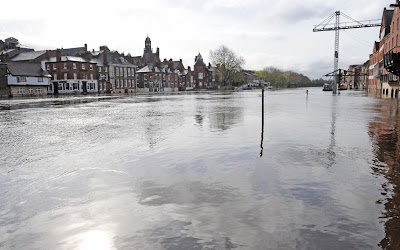 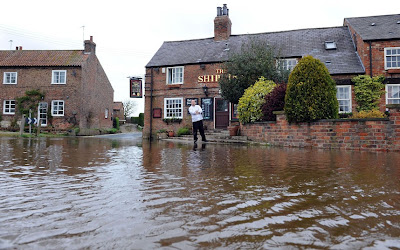 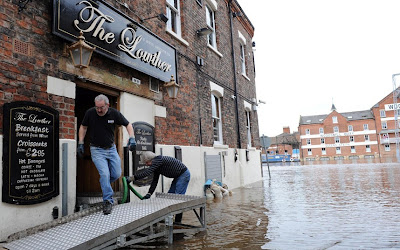 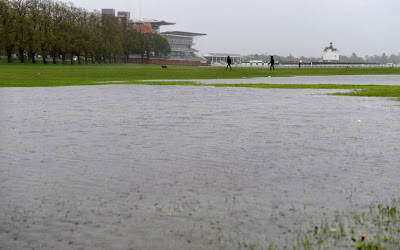 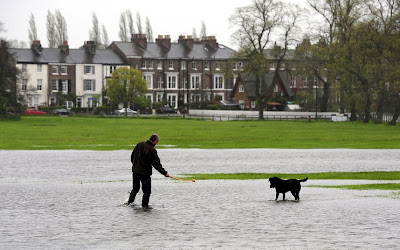 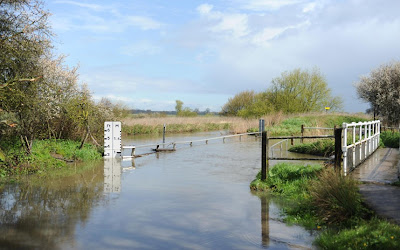 Left: People enjoy the warm weather on the bank of Hodge Beck river near Kirkbymoorside in North Yorkshire on 28 March. Right: The same area on Friday. 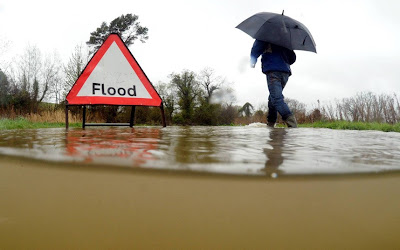 A man walks through a flooded road near Warkworth, Northumberland, as heavy rain continues to drench the UK