A teenager was arrested by police and hauled before magistrates after giving away a friend's virtual savings on a fantasy internet game.
Keiron Belmont, 19, logged into a friend's profile on the popular online game RuneScape and gave away her stash of virtual money following an argument.
Gamer Helen Jenkins - who had spent six years saving up 'credits' in the medieval role-playing world - then decided to called in police.
And despite the money having no value in the real world, Belmont was charged and hauled before the courts.
Prosecutor Anwen Evans told Swansea Magistrates Court: 'He accessed her computer and logged on to the role playing fantasy game RuneScape.
'He traded away all the credits built-up over the past six years.'
A court heard how Belmont had been staying at Miss Jenkin's house in Swansea when he logged onto her account on the multiplayer online role-playing game.
On the popular game players save up 'coins' by fighting other users or carrying out tasks.
This virtual currency can be spent on items such as armour and weapons through trading or in the games online marketplace. 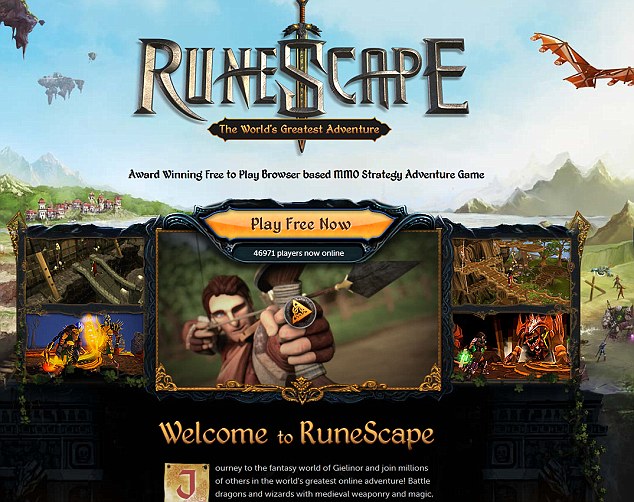 The money has no value in the real world and trading it for cash - known as 'Gold Farming' - is banned by gamemaker Jagex.
Stuart John, defending, said: 'He saw an opportunity to carry out a spiteful act - he knew the password to the computer because he had used it before.
'He effectively decimated the credits Miss Jenkins had built up over the previous six years.

'These credits do not have any real value - their only value is in the game.
'I would compare it to Monopoly money - purely because it is online should not make a difference, though the profile is clearly personal."
Belmont, of Swansea, admitted an offence under the Computer Misuse Act 1990 of gaining unauthorised access to a computer and making unauthorised modifications to computer material.
He was given an eight-month conditional discharge and was ordered to pay £16 compensation by Swansea magistrates.