By now you’d have to live in a cave to not have heard about the uproar over Memories Pizza.

A reporter intentionally decided to put the business on the spot by asking if they’d cater a gay wedding.

It’s unclear what person of any sexual orientation would have pizza at their wedding but the reporter decided this was a valid question. Someone ought to question the validity of this reporter but that’s for another day.>
Some of the tweets have been ridiculous; many in support of the small business and some just have to be shared.

The first was clearly someone using Common Core math. And once again the ‘evil Koch Brothers’ are blamed for Americans standing up for Religious Freedom: 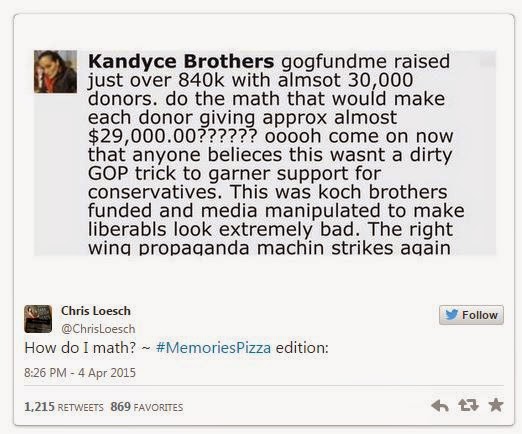 The next is actually from a local CBS affiliate. This ‘reporter’ decided she couldn’t fathom Americans actually believe in crushing bullies and claims to have reported the GoFundMe account set up by The Blaze’s Lawrence Jones III as a fraud. Again, one should question the reporter’s integrity. It appears she has none. 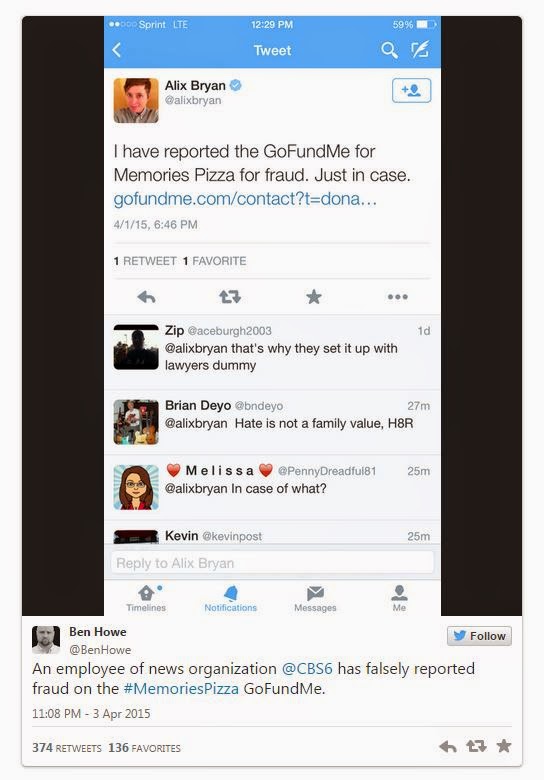 And then just to add some humor into the mix. Here’s another tweet asking if a Muslim bakery would make a cake covered in bacon.

Most people know the answer would be a resounding ‘NO’. Why? It would be against the religious beliefs of Muslims. 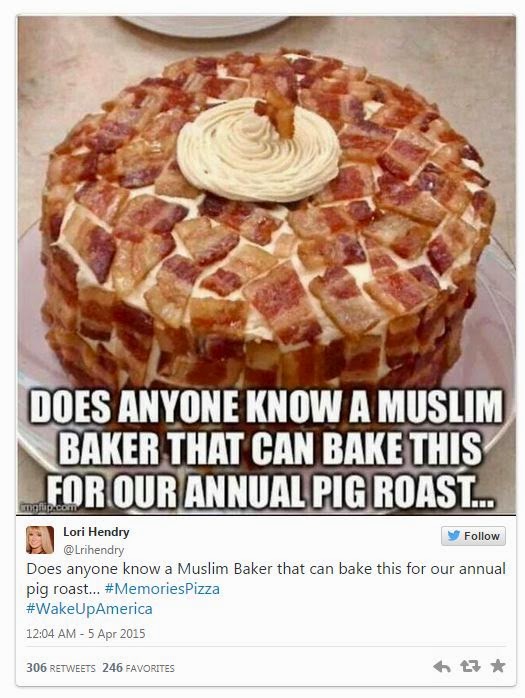