Mitt Romney tightened his grip around the Republican nomination on Friday as he secured the backing of Congressman Paul Ryan, one of the party's brightest young stars, and polls put him well ahead in the upcoming Wisconsin primary. 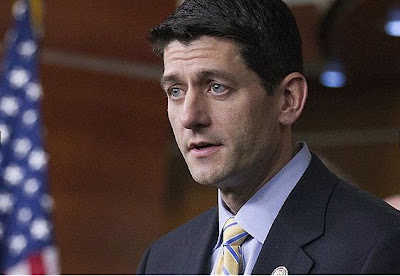 Paul Ryan, Wisconsin congressman, is the author of the 'Ryan Plan', a conservative fantasy budget that slashes taxes and spending 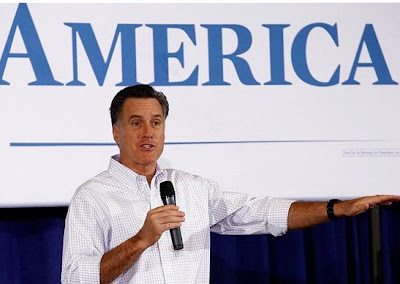 Mr Ryan joined George Bush Snr and Senator Marco Rubio in a host of Republican figures who have backed Mr Romney in recent days, sending a clear signal that the party's leadership is ready to end the divisive primary campaign and turn its focus to defeating Barack Obama in November.

The Wisconsin congressman is the author of the 'Ryan Plan', a conservative fantasy budget that slashes taxes and spending. This week a version of the plan was voted through the Republican-controlled House of Representatives but is expected to die on arrival in Senate, where the Democrats hold a majority.

In an interview on Fox News - the default setting for Republican endorsements to be made - Mr Ryan said the former Massachusetts governor had "the skills, the tenacity, the principles, the courage and the integrity to do what it takes to get America back on track."

He added that it was time "to coalesce as conservatives" around the frontrunner and look ahead to November's general election.

His backing will lend Mr Romney credibility in the eyes of fiscal conservatives and comes days before the Wisconsin primary, a contest in a state where Rick Santorum had hoped to trip up the coronation but where he is now lagging badly in the polls.

Mr Santorum is down by eight points ahead of Tuesday's primary, according to Real Clear Politics's poll of polls. Neither Texas congressman Ron Paul nor former Speaker of the House Newt Gingrich have made it out of double digits.

The primary awards all 42 delegates to the winner, giving Mr Santorum an opportunity to claw back some of Mr Romney's lead but that chance is now fading.

As Mr Romney looks ahead to November he faces a new challenge: overcoming the significant damage the long primary appears to have to his personal ratings.

An ABC/Washington Post Poll found that 50 per cent of Americans held an unfavourable view of the Republican frontrunner, compared to just 34 per cent who viewed him favourably. His negative ratings were exceeded only by those for Mr Gingrich.

By contrast, Mr Obama favourable ratings were at 53 per cent against 43 per cent unfavourable.

The figures will generate debate among Mr Romney's aides as they try to steer a course to victory against an incumbent president whose personal likability tends to track higher than his actual job approval ratings.