Five former police officers have been jailed for a total of 189 years over the deadly shootings of unarmed civilians on a bridge in New Orleans after Hurricane Katrina. 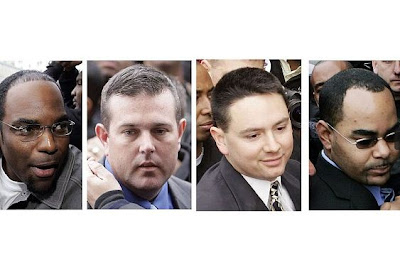 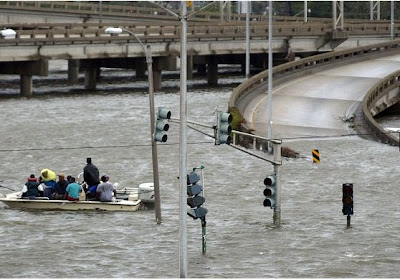 The sentencings concluded the prosecution in the so-called Danziger Bridge case, which saw police opening fire on a group of residents in the chaotic days that followed the storm.

A fifth officer, homicide detective Arthur Kaufman, was convicted of covering up the crimes through a series of false reports and lies, and was jailed for six years.

Faulcon, Bowen, Gisevius and Villavaso were among a dozen officers who responded to a radio call that colleagues were taking fire near the bridge on September 4, 2005.

They packed into a truck and sped to the site where witnesses testified that they repeatedly used assault rifles, shotguns and handguns against innocent people walking on the bridge.

Police shot six people, killing two, and then conspired to plant a gun at the scene, fabricate witnesses and falsify reports. The two victims who died were James Brissette, 17, and Ronald Madison, 40.

The officers went on to claim that they opened fire only after being threatened or shot at, and that they had seen weapons in the victims' hands.

But during a six week trial last year prosecutors presented evidence from dozens of witnesses including Susan Bartholomew, who lost her arm after being fired on with a shotgun.

Witnesses also included several other officers who had earlier pleaded guilty to roles in the shootings or cover up.

Prosecutor Thomas Perez said: "We hope that today's sentences give a measure of peace and closure to the victims of this terrible shooting, who have suffered unspeakable pain and who have waited so patiently for justice to be done.

"The officers who shot innocent people on the bridge and then went to great lengths to cover up their own crimes have finally been held accountable for their actions. As a result of today's sentencing, the city of New Orleans can take another step forward."
Posted by pooja