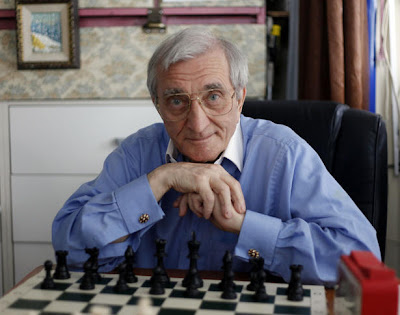 Ottawa police are reviewing how 911 dispatchers handle calls after a 74-year-old man who was beaten in a home invasion called for help — only to be arrested and thrown in jail for more than two months.

Marian Andrzejewski, a retired artist, says he was deeply disturbed by his treatment at the hands of the 911 operator who took his call and the police response after two men kicked in the door to his downtown Ottawa apartment and punched him in the head and face on Oct. 23, 2010.

When Andrzejewski, whose family fled Poland after the Nazis invaded during World War II, called 911, he was greeted by a seemingly unsympathetic operator who addressed the senior in a mocking, impatient tone.

Andrzejewski does not speak English well and had trouble expressing himself to the operator.

“At my age, it’s hard to learn English,” Andrzejewski told the Toronto Star through a translator.

Instead of using the Polish translation service available to her after asking about Andrzejewski’s native language, the operator continued trying to understand the senior for the duration of the 14-minute call.

“When a 74-year-old fragile gentleman phones in that he’s been beaten, and this is the response he gets, I think there is a disconnect,” said Andrzejewski’s lawyer, James Harbic, who described the treatment of his client as “horrible.”

“The tone is very condescending and chilling.”

According to Harbic, Andrzejewski’s troubles began when he was ordered by the city of Ottawa to “de-clutter” his apartment in a public housing building.

Andrzejewski enlisted the help of a 49-year-old female neighbour. At his trial, Andrzejewski claimed the woman offered to have sex with him in exchange for money, but when he refused, she became angry and began kicking his paintings and throwing furniture around.

Andrzejewski claimed he took the woman by the hands and escorted her outside her apartment. A few minutes later, two men broke down Andrzejewski’s door and attacked him.

When police arrived, instead of rushing immediately to Andrzejewski’s apartment, the officers were intercepted by the female neighbour, who claimed that the senior had offered her money in exchange for sex, pulled her hair out, and bent back her fingernails. Authorities would later learn that one of the attackers was the woman’s son.

The officers then arrested Andrzejewski, interrogated him and charged him with forcible confinement and sexual assault. Andrzejewski maintained his innocence at all times, his lawyer said.

While awaiting a bail hearing, Andrzejewski was allowed to languish in jail for 77 days. The man had no close family or friends in Canada to speak with authorities on his behalf.

Andrzejewski was eventually released and obtained Harbic’s help. He was acquitted of all charges during his trial earlier this year.

“Life is important and the most important thing in life is freedom,” Andrzejewski said. “For me, to be in jail for 77 days was horrible. At my age, everyday counts as two days. I don’t have many days left at my age.”

Supt. Mike Flanagan said police are reviewing the initial 911 call and will speak to operator involved.

“Our 911 operators are the lifeline to public safety in our community,” he said. “In essence, the job of our 911 operators is to be sensitive, to be calming and to ensure that people get the help they need as quickly as possible.”