Living in a box: The desperate workers forced to live in tiny 'coffin' apartments of Tokyo - which still cost up to £400 a month to rent 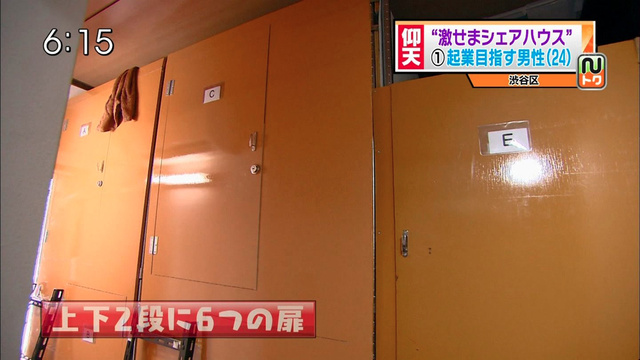 Tokyo is dense. Packed. And crowded. If you don't have much money and want to live in places like Shibuya, you could live in a box. Literally.

A Japanese news program recently showed off an "extremely cramped share house" ("geki-sema share house" or 激せまシャアハウス in Japanese). There's a communal toilet and bath for the residents, who sleep in tiny coffin-like rooms. The sleeping setup is not ideal for those afraid of tight spaces. 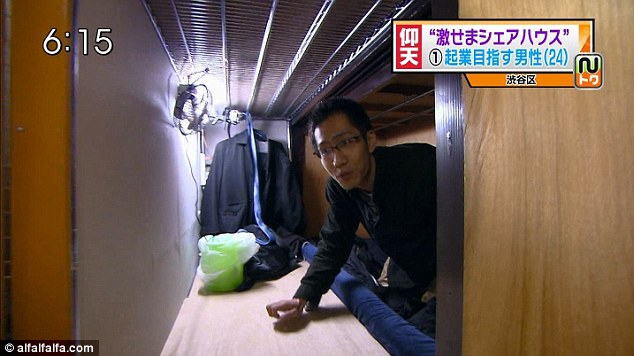 What's more, the bedrooms are stacked on top of each other. "They look more like lockers," wrote one commenter on a popular Japanese website.

The show interviewed a 24 year-old man who lives in one of these cramped share houses. "It might be as big as two tatami mats," said the man, who hopes to start his own business. Tatami mats, traditionally used to measure room sizes, are about 1.6 square meters. Small rooms are either 4.5 or 6 tatami mats. 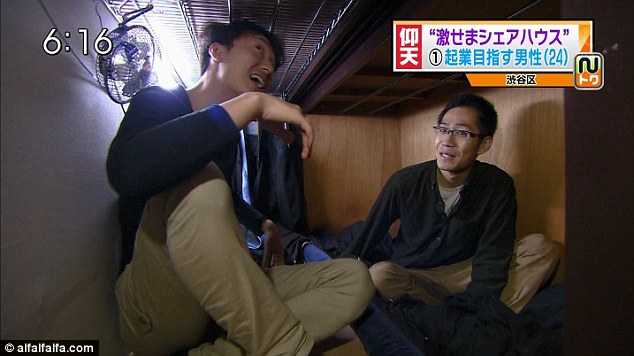 The would-be entrepreneur said that he didn't have much money, which is why he rented this box. Er, room. Whatever. 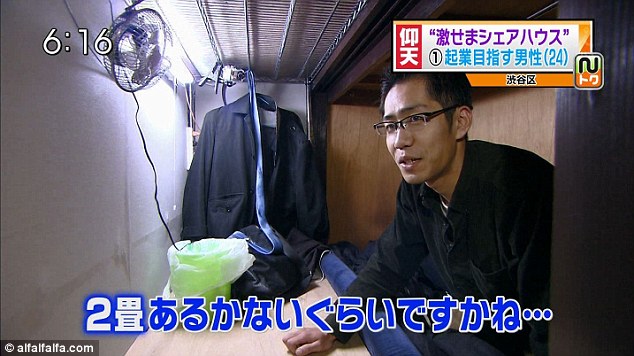 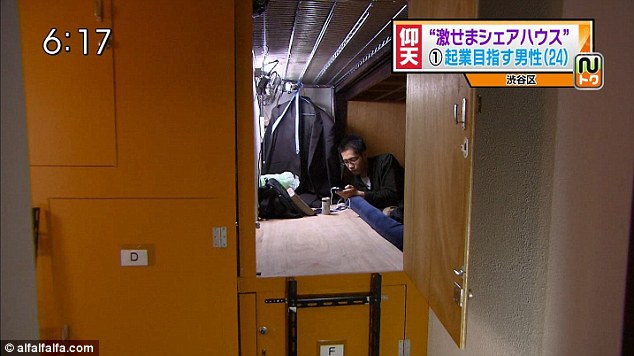 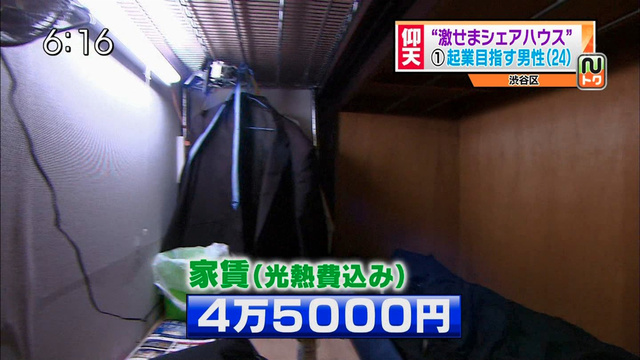 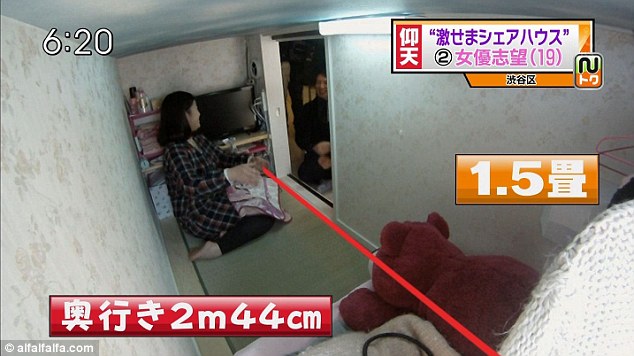 The show also interviewed a 19 year-old named Chisato, who dreams of becoming an actress. Her box is only 1.5 tatami mats, measuring 2.44 meters across. 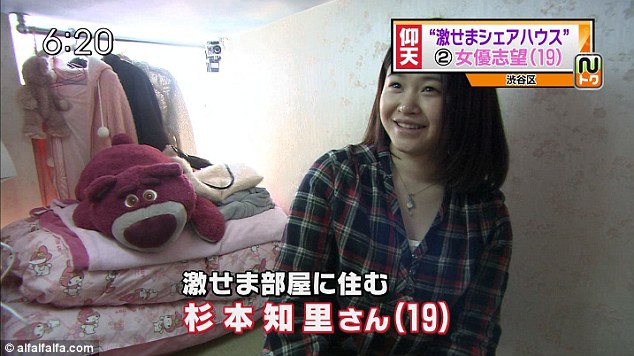 She has enough space for her television, makeup, a stuffed animal, clothes, and blankets. 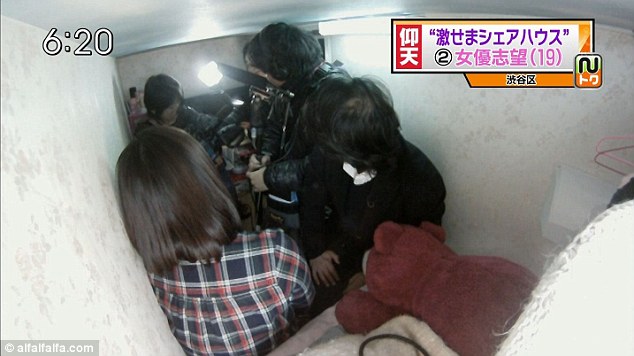 She does not have enough space for a camera crew.


What's truly mind-boggling is the rent: 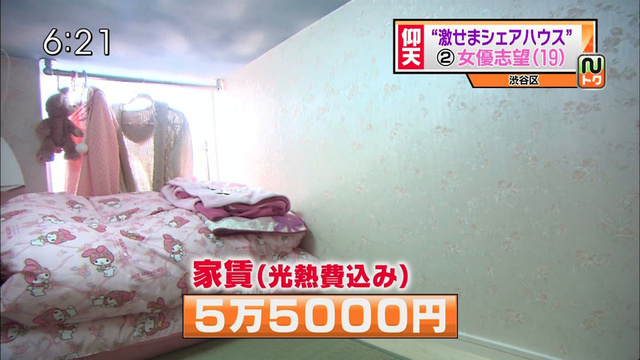 That's ¥55,000 per month. It does include heat and electricity, but that's US$586.
"If you look, you can find a two bedroom apartment for ¥55,000 a month," wrote a commenter online. "These people are being deceived."
The would-be entrepreneur's room is slightly less expensive. Including heat and electricity, he pays ¥45,000 or $480 a month. His box might be cheaper because he doesn't have a window. Or pink wallpaper.
"This is a locker room," wrote one commenter online. "I thought it was going to be ¥2,000, but it ended up being ¥45,000."
Before you think, wow, apartment rent costs in Tokyo are insane, please realize that people in Japan are going, wow, this apartment is insane—or worse, cruel.
"I think the person who is tricking these people is awful," added another, while yet another quipped: "I can't image what that place is like in summer..." I can: hell.