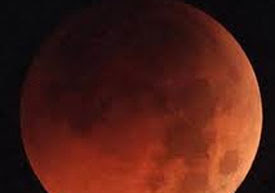 US lawmakers are pushing a plan to establish a new national park that would be quite literally be out of this world - on the Moon.

A new bill introduced into the US Congress would create the Apollo Lunar Landing Sites National Historical Park on the Moon.

Called the Apollo Lunar Landing Legacy Act, the bill (House Resolution 2617) was referred to the Committee on Science, Space, and Technology, and in addition to the House Committee on Natural Resources, SPACE.Com reported.

Emphasising that the Apollo lunar programme was one of the greatest achievements in the US history, the bill notes that, as commercial enterprises and foreign nations acquire the ability to land on the Moon, "it is necessary to protect the Apollo lunar landing sites for posterity."

The bill, in part, calls for no later than one year after the date of enactment of the act, "there shall be established as a unit of the National Park System the Apollo Lunar Landing Sites National Historical Park."

Establishing such a park will expand and enhance the protection and preservation of the Apollo lunar landing sites, the bill states, "and provide for greater recognition and public understanding of this singular achievement in American history."

In the bill, "Apollo lunar landing sites" refer to all areas of the Moon where astronauts and instruments connected to the Apollo program between 1969 and 1972 touched the lunar surface, the report said.

The bill also spotlights the artifacts on the surface of the Moon associated with the ill-fated Apollo 13 mission, "which had an instrumentality crash land on the lunar surface April 14, 1970," it states.
Posted by pooja