Ice and snow lead to record freeze in the USA, in pictures (18pics) 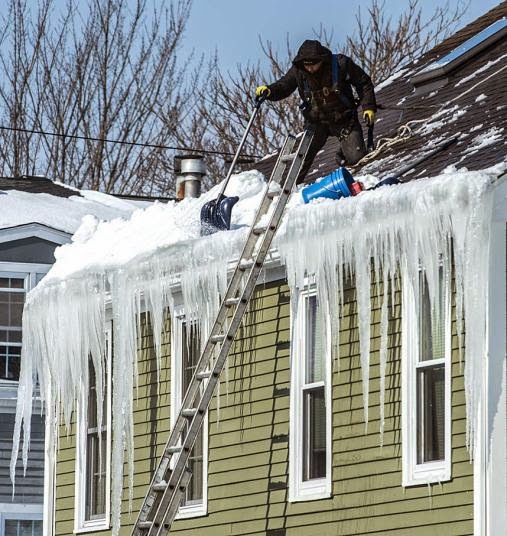 Bone-chilling cold in the U.S. Midwest shattered records in Chicago, closing schools and starting its trudge eastward to an already frozen Boston and New York. Arctic air was expected to keep its grip on the nation's midsection, a day after the minus 8 degrees Fahrenheit (minus 22 Celsius) measured in Chicago broke the low temperature record of minus 7 degrees for the day set in 1936
A Bostonian gingerly tries to remove mammoth icicles from the roof of his home 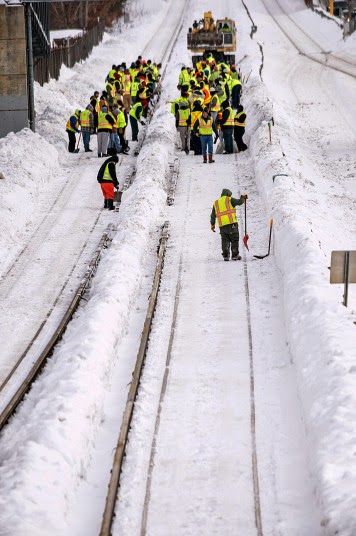 Already, it has been cold enough in New York this week to bring the roaring Niagara Falls to a halt, as parts of the waterfall trio on the Canadian border froze over, leaving long spears of ice cascading down from the falls' edges and glacier-like mounds rising up from their plunge pools.
Workers manually remove snow and ice from Massachusetts Bay Transportation Authority (MBTA) tracks in Quincy, Boston 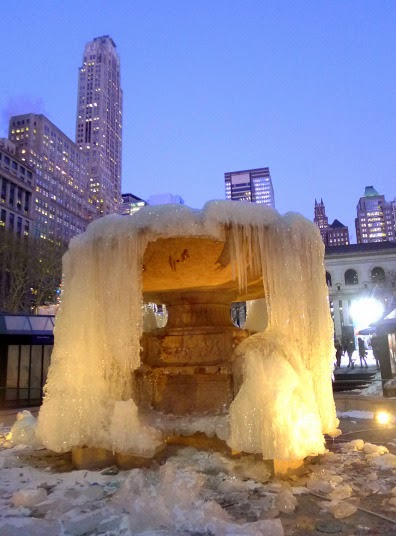 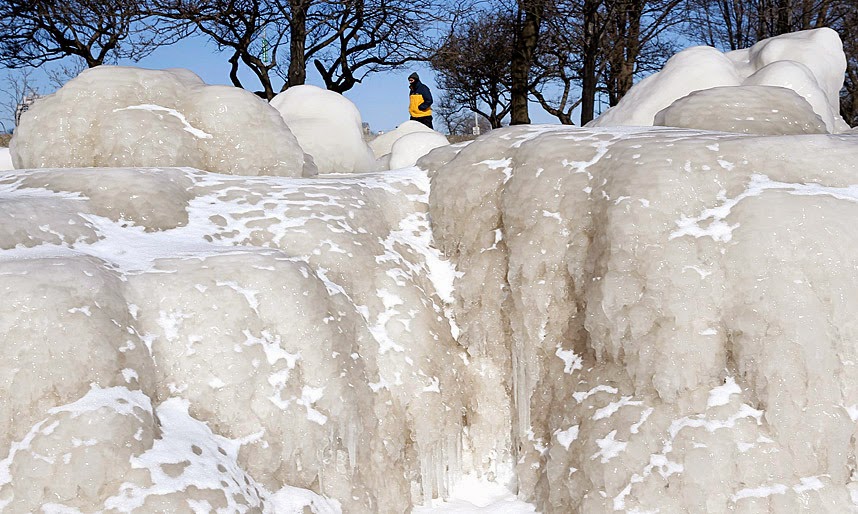 An interpid commuter travels on foot past giant mounds of ice in Chicago, Illinois 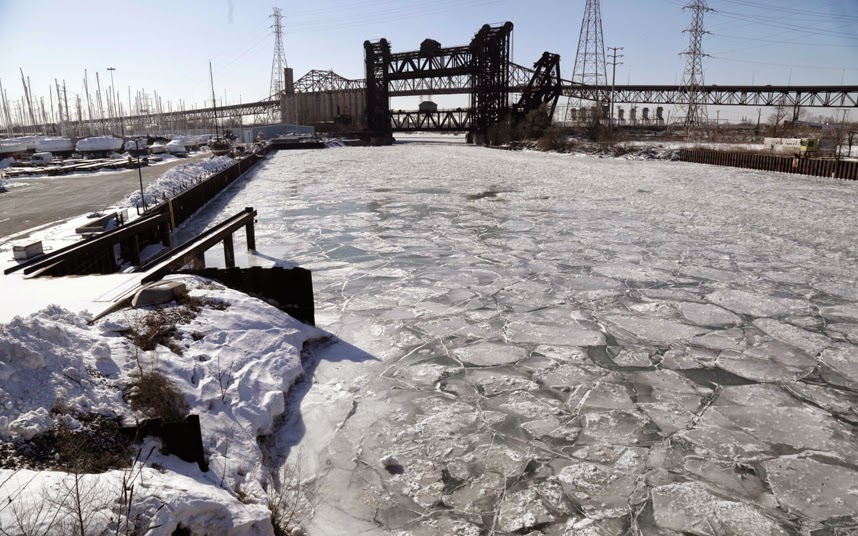 Ice fills the Calumet River in Chicago. Temperatures dipped as low as -14 in parts of Illinois overnight with wind chills forecast between 20 and 30 degrees below zero 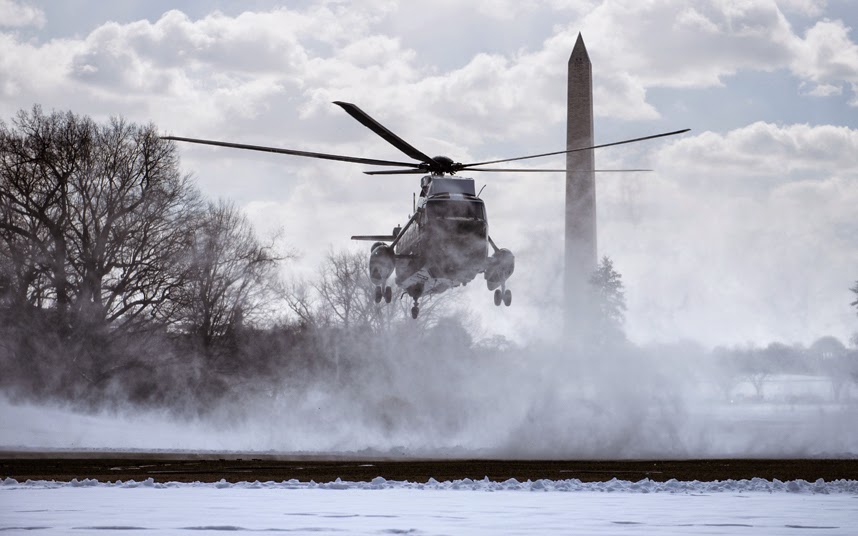 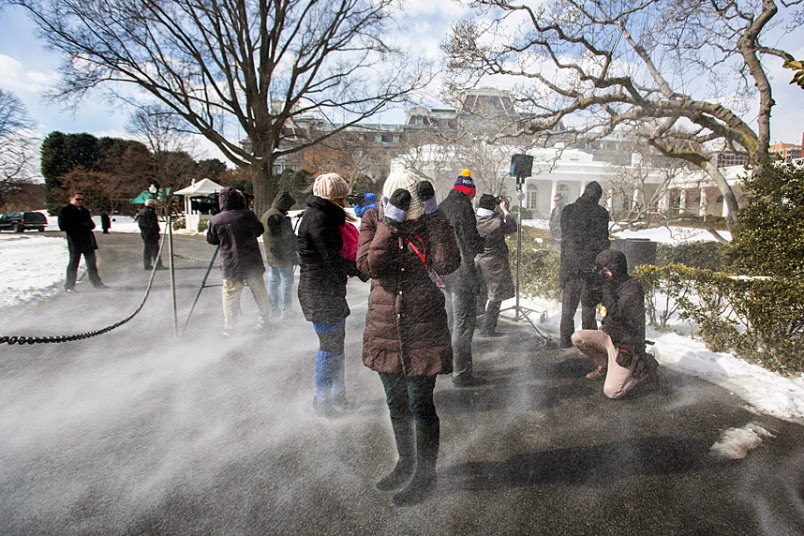 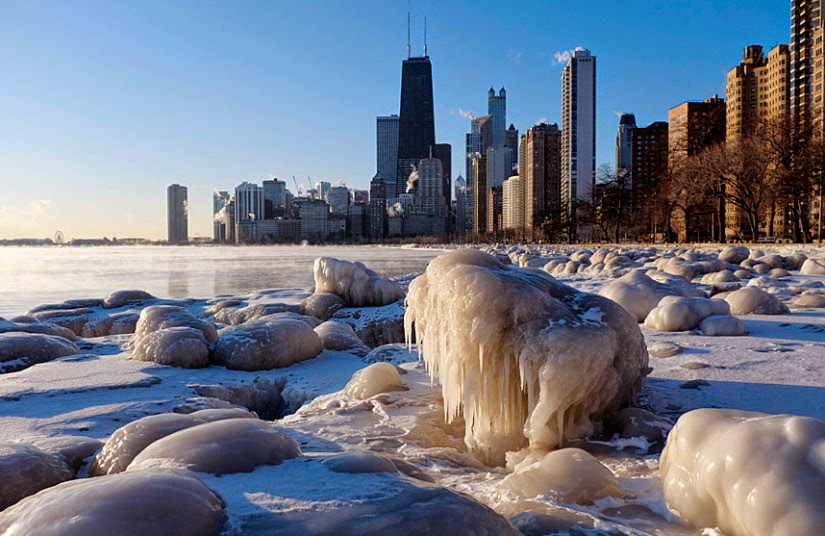 Icy in front of the Chicago city skyline 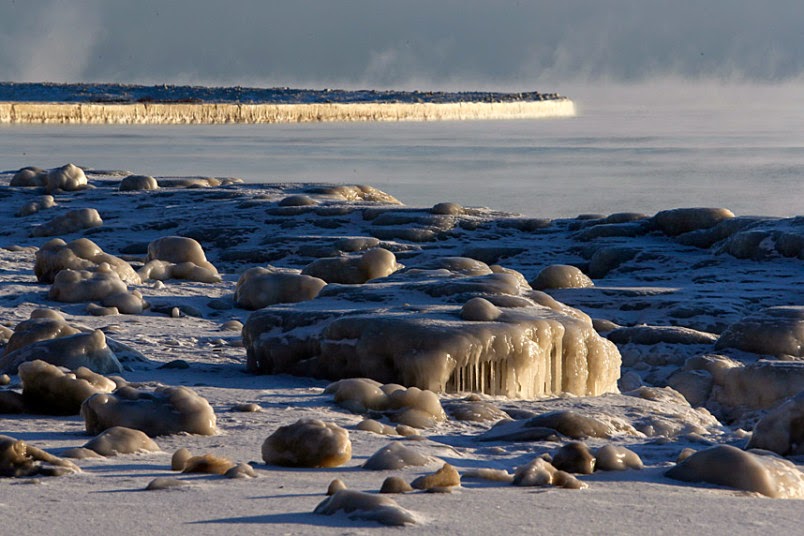 The wind chill made temperatures in Chicago feel like minus 25 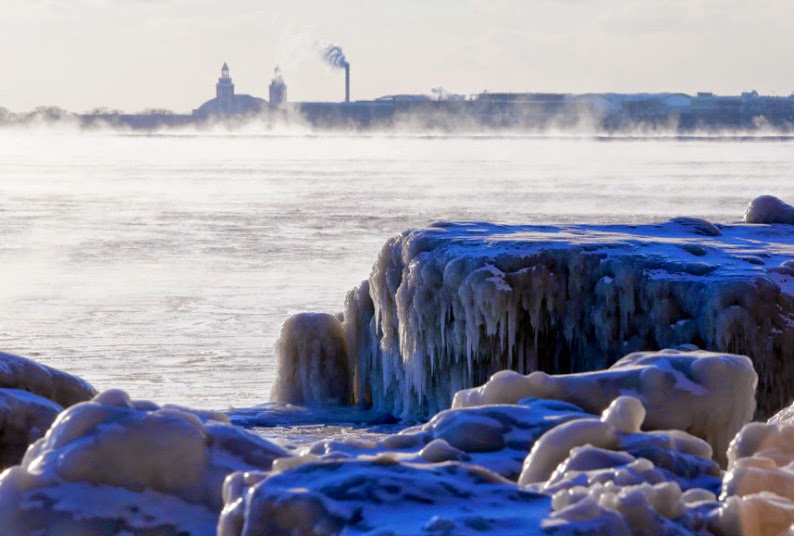 Ice forms along the shore on Lake Michigan 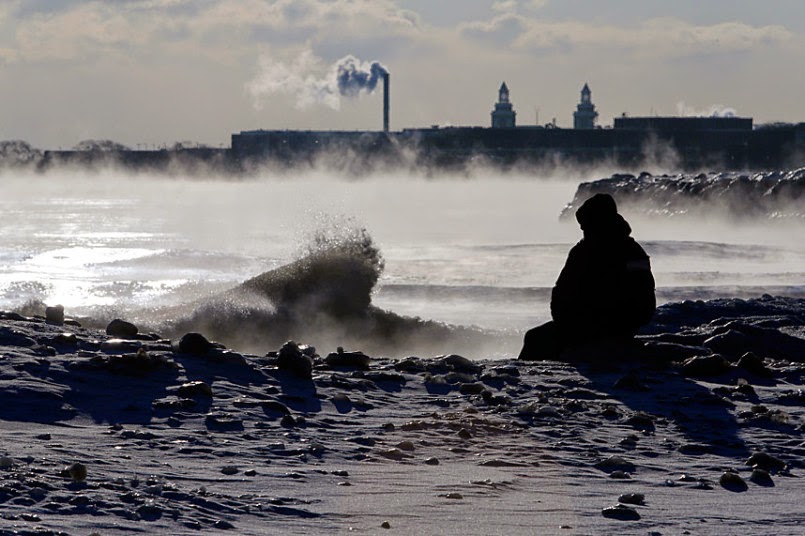 Joe Gasbarra sits on the icy shore of Lake Michigan 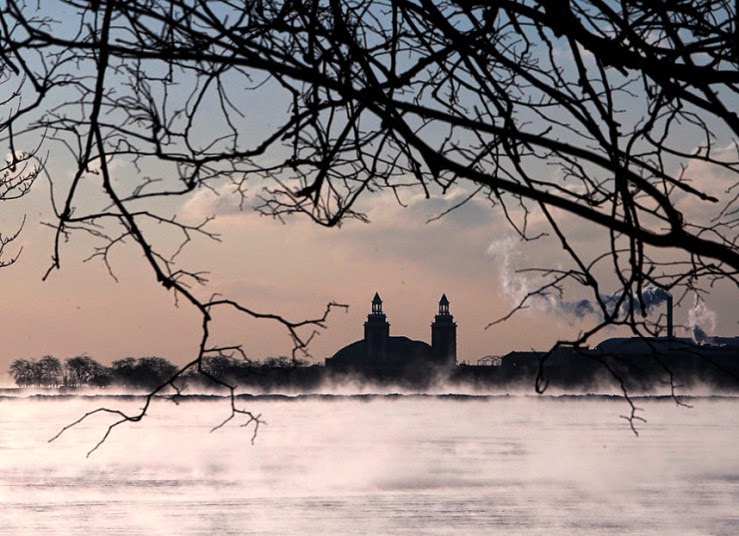 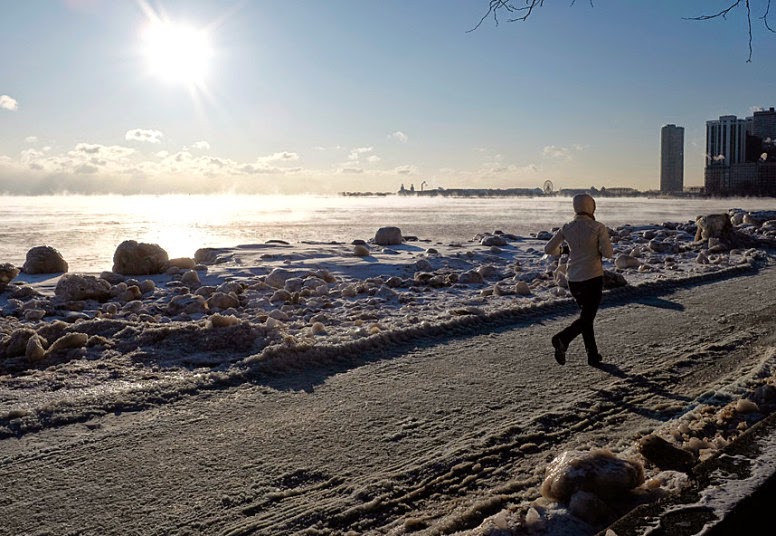 Jogging alongside an ice-covered Lake Michigan 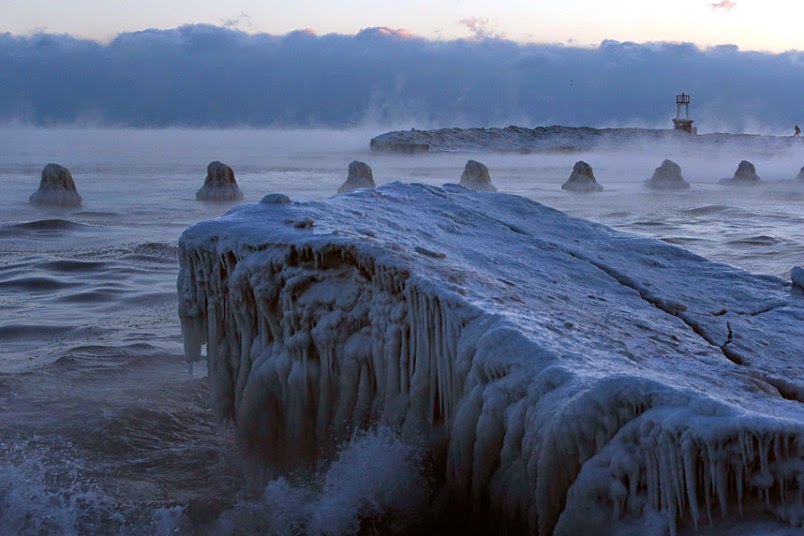 The bitter cold is now heading east, meaning a frosty Friday morning commute could in store for East Coast residents from Boston down to Richmond, Virginia. More records are expected to fall. 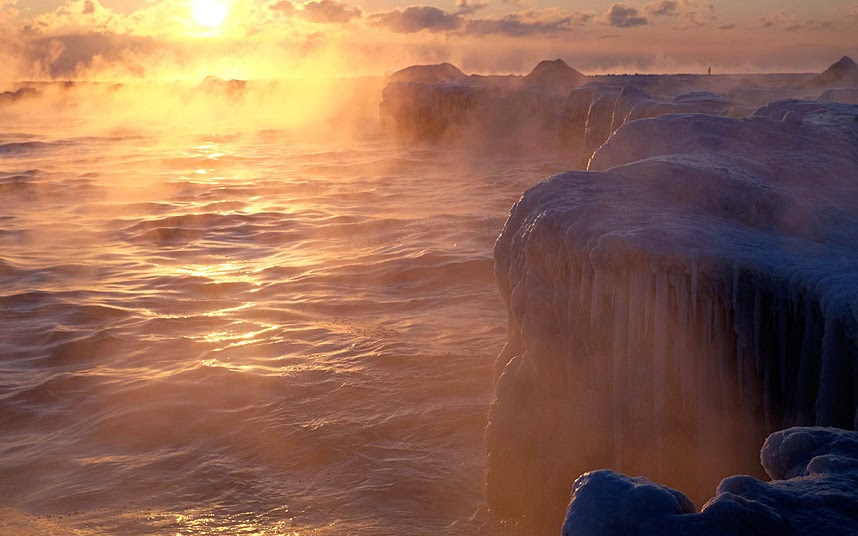 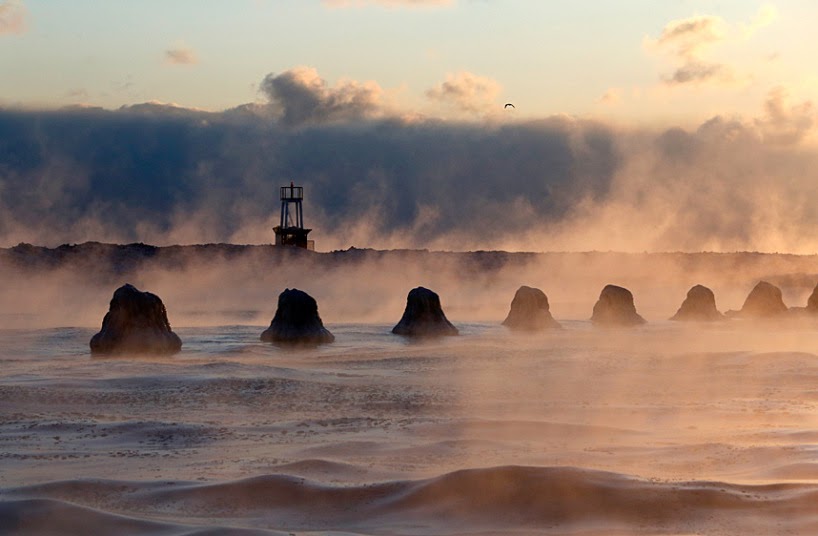 The sun rising over Lake Michigan 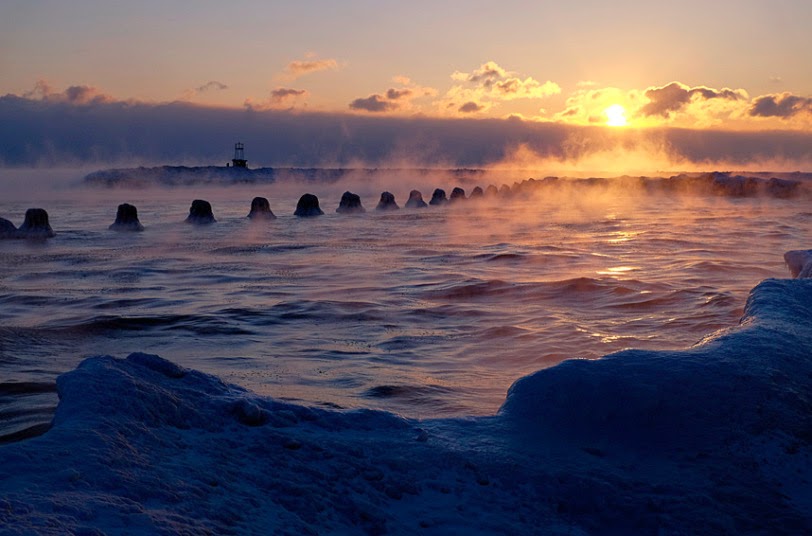