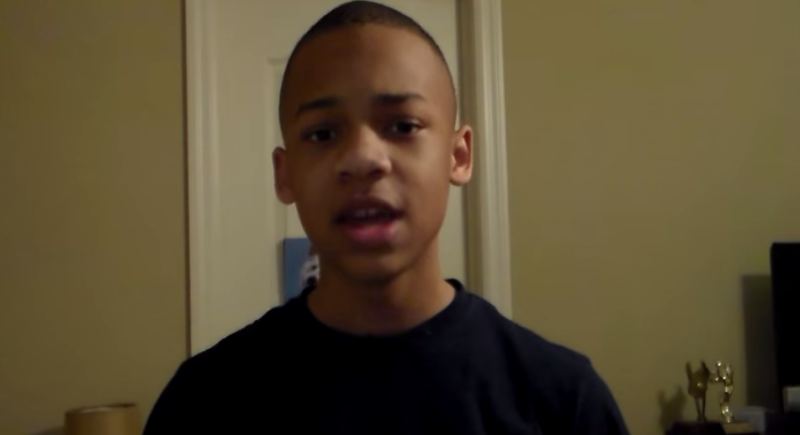 12-year-old C.J. Pearson recorded a YouTube video and released it to answer the question: “President Obama: Do You Really Love America?” The video has gone mega-viral amassing more than 1.2 million views in 9 days.
Sadly this boy, who is more of a man than Obama will ever be, is learning first hand how the media silences conservatives.
The Examiner reports:

On Friday, C.J. Pearson, a 12-year-old conservative from Georgia who posted a viral video supporting Rudy Giuliani, discovered that his personal Facebook page was locked. In an exclusive interview with Examiner.com on Saturday, Pearson said he received a message from someone about 6 a.m. Friday. That’s when he learned his account and page had been locked for “suspicious activity.”
He jumped through all of Facebook’s hoops, but wasn’t able to recover his account. So he created a new profile to take its place. His public page was not affected, he said, however, he can no longer administer the page. Fortunately, he said, a friend is helping post links to that page.
As is so often the case in these situations, Facebook did not respond to his requests for help. Nor would they tell him what the alleged suspicious activity was. We reached out to Facebook, but the social media giant has so far refused to respond to our request for comments.
Pearson said he is working on legislation to lower the age of those serving in the state House and Senate. The legislation, which is set to be the subject of a hearing on Monday, would lower the age of House members from 21 to 18, and lower the age of state Senators from 25 to 21. Pearson said he was using Facebook to line up witnesses for the hearing, but Facebook’s actions have made that more difficult. He can’t read any messages sent to his old profile and the old page doesn’t show up.
On Monday, we reported that Pearson posted a video supporting former New York Mayor Rudy Giuliani. He also minced no words when he said that President Obama doesn’t love America.
“I don’t want to be politically correct. I don’t care about being politically correct at this point,” he said. “President Obama, you don’t love America.”

Here’s the video which caused Pearson’s facebook page to be shut down: