Suspect Taunts Officers on Facebook; The Sheriff’s Response Is PERFECT

Sheriff’s deputies in Butler County, Ohio, posted images of a suspect wanted on burglary, assault and abduction charges on Facebook. The suspect replied to the Shriff’s post with a taunting message:
“I ain’t tripping half of them don’t even know me,” the reply said. 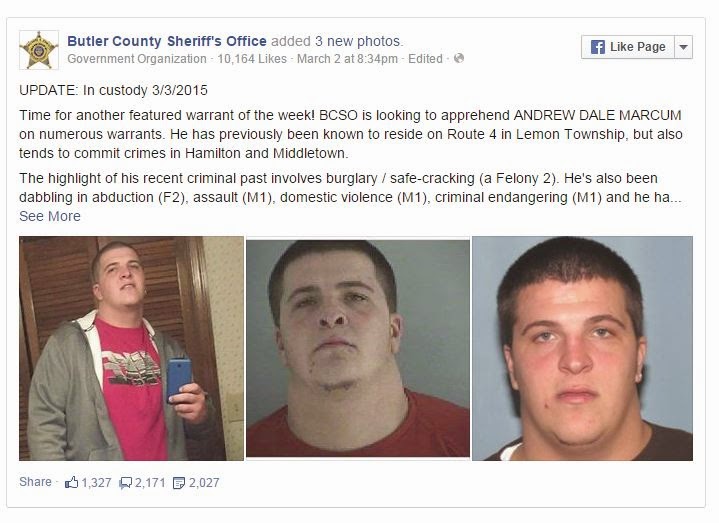 Butler County Sheriff Richard Jones called the suspect’s response a little “exciting” and warned Marcum he was “poking the bear.” Surprisingly the suspects reply also garnered more than 2,200 “likes.”
“I take that as a challenge, and I take this as a challenge,” Jones said. “And as we speak this individual is taunting the police, and it’s not good to taunt the police.”

Jones also posted this message to Marcum on Twitter: 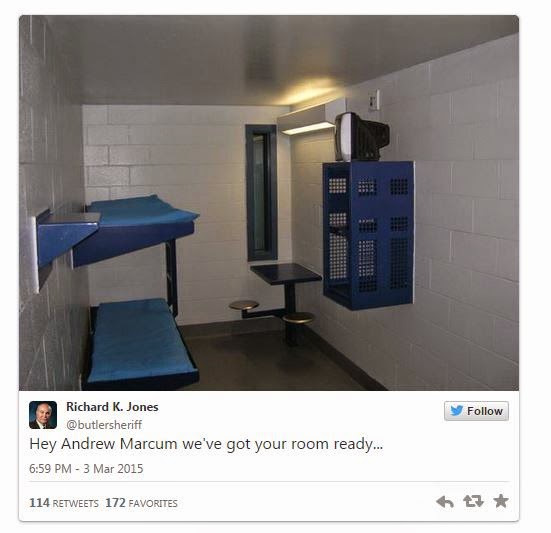 Then, less than 24 hours later, Jones tweeted a photo of Marcum’s embarrassing mugshot: 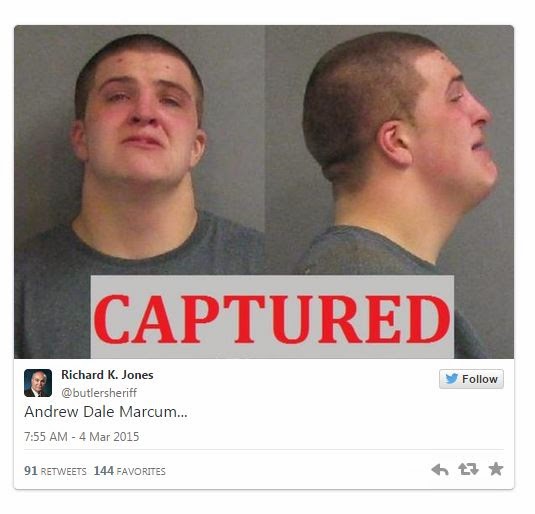 Marcum was arrested on several outstanding warrants for burglary, assault and abduction. He’s currently in his “room” in Butler County.

This just goes to show, unless your a complete moron, don’t taunt the police!