Branden Rishel created this map showing only the world's time zones — without any of the land underneath. It highlights just how unusual these artificial boundaries can be: 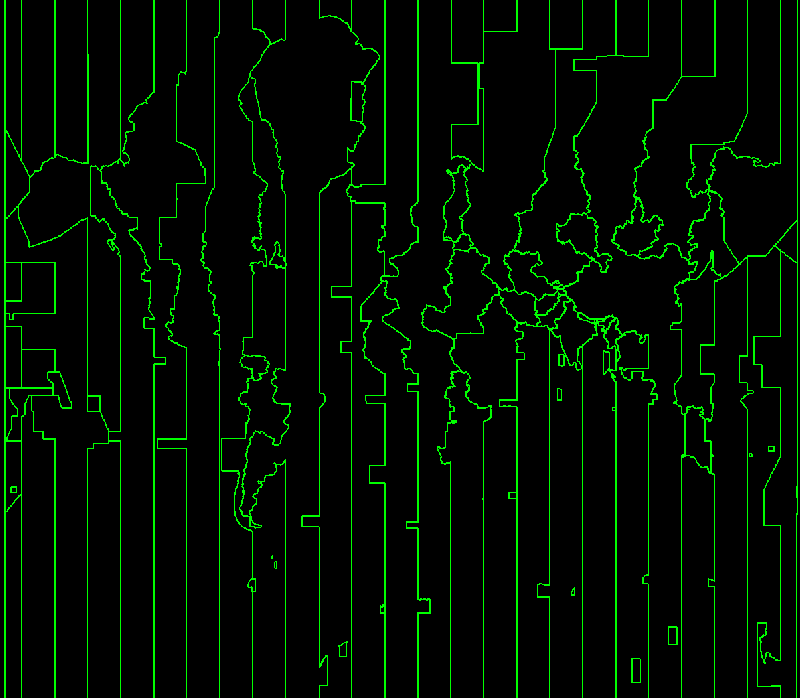 Time zones were meant to solve the problem of different solar times around the world (solar times are what time it feels like based on the sun's position in the sky). The idea for a worldwide time-zone system gained currency at the International Meridian Conference in 1884. By the 1900s, the idea was widely accepted and practiced.

Still, that idea has led to some quirks that are visible in the map above:
For comparison, here's a time zone map with the countries shown:

A map of time zones (with land). (Time Zones Boy/Wikimedia Commons)
Irregularities like those are part of the reason some make the argument we should move to a single Earth time instead of many time zones. But for now, you'll have to stare at the time zones' contortions.
Posted by pooja