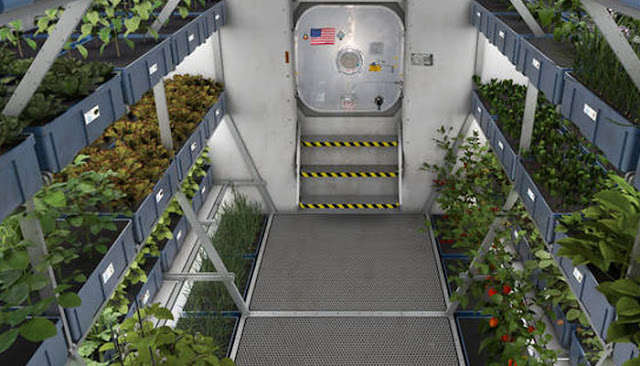 It might sound unbelievable, but, NASA astronauts aboard the International Space Station (ISS) are ready to sample fresh veggies grown in space microgravity.
Expedition 44 crew members will sample the fruits of their labor after harvesting a crop of “Outredgeous” red romaine lettuce Monday, August 10, from the Veggie plant growth system on the nation’s orbiting laboratory, according to NASA.

NASA
It is said that before consuming the leafy 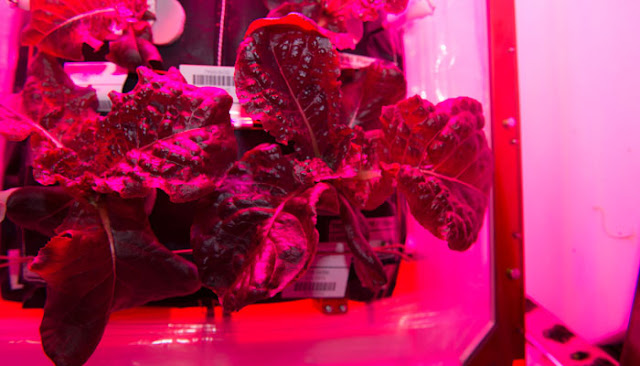 greens, the astronauts will clean them with citric acid-based and food safe sanitizing wipes. They will eat half of the space bounty, setting aside the other half to be packaged and frozen on the station until it can be returned to Earth for scientific analysis.

NASA's plant experiment, called Veg-01, is being used to study the in-orbit function and performance of the plant growth facility and its rooting “pillows,” which contain the seeds.
According to Dr Ray Wheeler, lead for Advanced Life Support activities in the Exploration Research and Technology Programs Office at Kennedy, using LED lights to grow plants was an idea that originated with NASA as far back as the late 1990s. 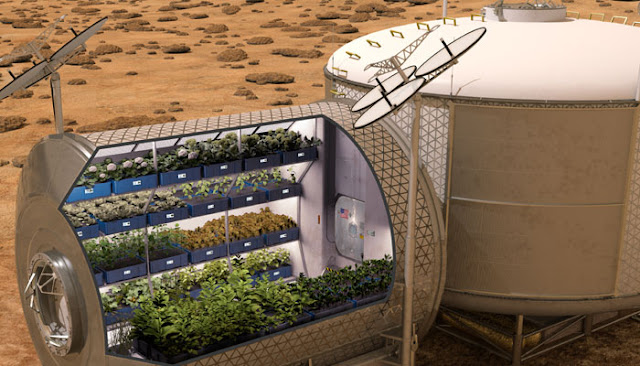 NASA
Wheeler, who worked with engineers and collaborators to help develop the Veggie unit from a Small Business Innovative Research project with ORBITEC, said that blue and red wavelengths are the minimum needed to get good plant growth.
“There is evidence that supports fresh foods, such as tomatoes, blueberries and red lettuce are a good source of antioxidants. Having fresh food like these available in space could have a positive impact on people's moods and also could provide some protection against radiation in space,” Wheeler added.
NASA is maturing Veggie technology aboard the space station to provide future pioneers with a sustainable food supplement – a critical part of NASA’s Journey to Mars.
Posted by pooja