The Northern Arizona University 18-year-old student who shot and killed one person and wounded three others early Friday morning was a gun nut who frequently posted about firearms on social media. 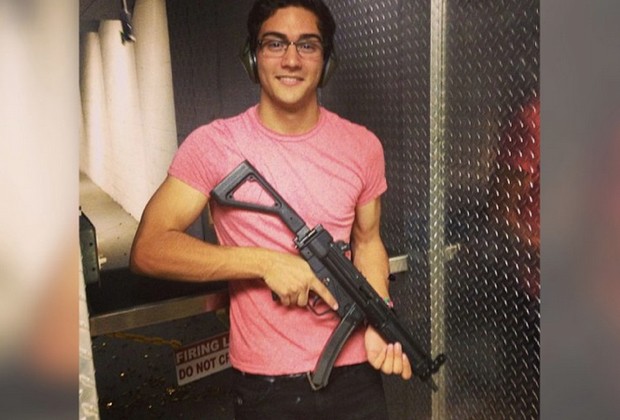 Steven Jones was identified as the shooter who is the same person seen in the photographs, according to the Daily Beast.

On Friday afternoon, NAU announced that Jones is facing a felony murder charge, as well as three aggravated assault charges.
Before the killing, Jones bragged about his guns. “It’s a full auto kinda day,” he wrote along one Instagram photo of himself at an indoor range, while holding a machine gun. 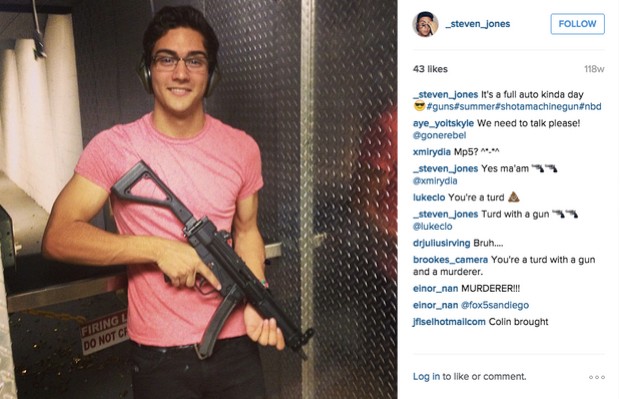 “‘Merica,” Jones wrote alongside of a July 4th selfie of himself with a shotgun slung over his shoulder, while donning an American flag shirt and cap. 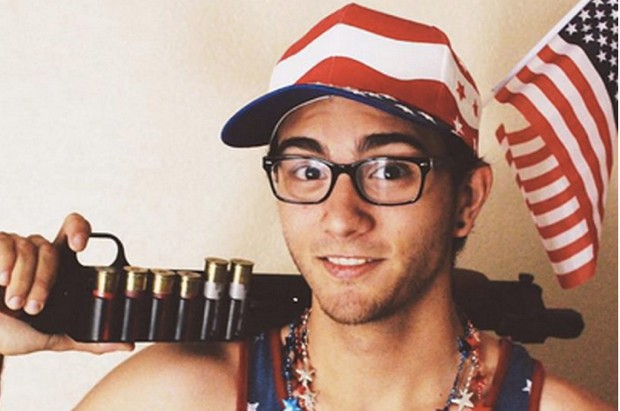 In yet another photograph, Jones wished his father a Happy Father’s Day while the dad and son posed in an open field holding hunting rifles.

Jones is seen posing with a Kalashnikov rifle in another photo, according to Raw Story. He captioned the photo: “In the woods alone with an ak47…#imadie #sosketch #watevs #gonnakillshit #guns #summer”
Heavy reports that according to a Facebook post from an NAU student, Jones had been kicked out of a party and returned with a vengeance:
Okay, Steven Jones was kicked out of a party. He came back with some friends and started to fight with the victims. One was dead on arrival, one was shot in the stomach and lung, one was shot in the neck, straight through, and I can’t recall where the last one was shot. They’re all in surgery.
“The witnesses identified the defendant as the shooter,” Prosecutor Ammon Barker said. “The defendant, himself, admitted he was the shooter.”
Jones’ booking photo – this time, not a selfie posing with guns. 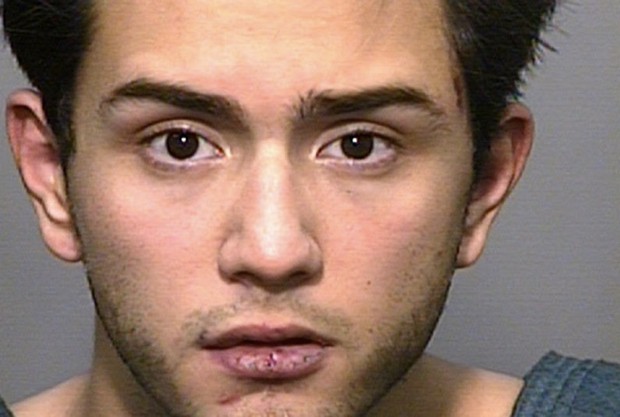 Jones claims he was defending himself after he was chased. Jones said as two people approached him he shot them.

According to what witnesses told police, the victims were about 10 feet away.
Jones said he used a flashlight affixed to the gun to illuminate the area before firing, the Arizona Daily Sun reports.
Jones’ victims were identified as Colin Brough, who did not survive the shooting, Nicholas Prato, Kyle Zientek and Nicholas Piring are being treated at a local hospital.
Colin Brough was remembered by his cousin as, “the happiest person that you probably would ever meet.” 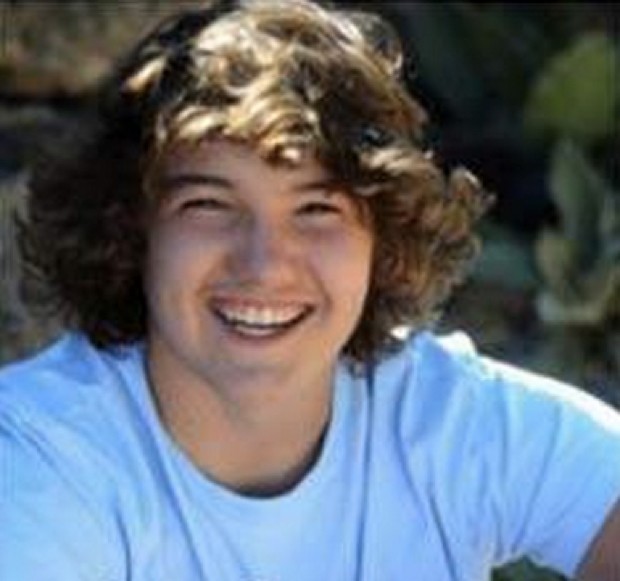 The prosecutor told the judge that Jones’ story differed from eyewitness accounts.
According to Barker, after the confrontation, he retrieved a gun from his car before firing on the unarmed students.
“It was at that point the defendant ran to his car, retrieved his gun and then went back to the fight,” Barker told the judge.
According to one witness who said they had just left a party, he said they were “standing in the street getting ready to walk home when a guy walked up with a pistol and just started shooting,”
“I heard five or six shots and then my friends just tackled him,” the witness recalled. “They got him really quick. We were leaving and it all happened on the sidewalk across from Mountain View.”

The shooting comes eight days after a 26-year-old gunman killed nine people and then turned the gun on himself at Umpqua Community College in Roseburg, Oregon.
The NAU shooting is the 46th school shooting in 2015, however, there was yet another college campus shooting just yesterday. That brings us to 47.
His Instagram page appears to no longer be up but we’re thinking he won’t be needing it any longer.
Posted by pooja