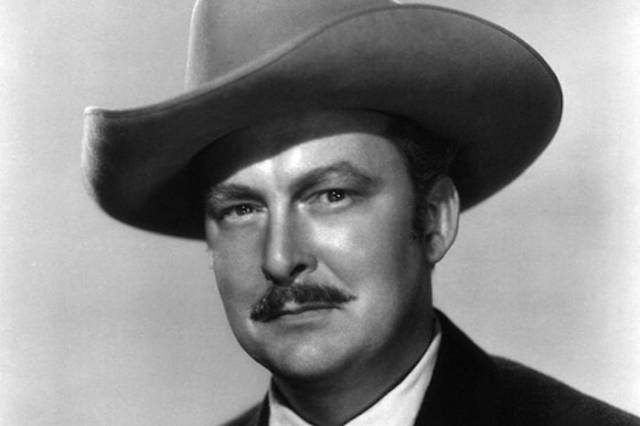 Apparently Dekker -- the star of "Dr. Cyclops" and "The Wild Bunch," and also a California State Assemblyman -- was into the kink, because the coroner ruled it was a case of autoerotic asphyxiation when Dekker was found bound, blindfolded and gagged by a horse's bit, hanging naked from a noose attached to his shower rod with two hypodermic needles in his ass and a bunch of dirty sadomasochistic words -- "whip," "make me suck," "slave" and "cocksucker" -- lipsticked all over his dead body. Sadly, after working so hard to get himself off, poor Dekker never even came, at least according to this creepy guy who somehow talked a nice L.A. woman into letting a film crew capture her dirty bathtub, the scene of Dekker's final masturbation attempt. 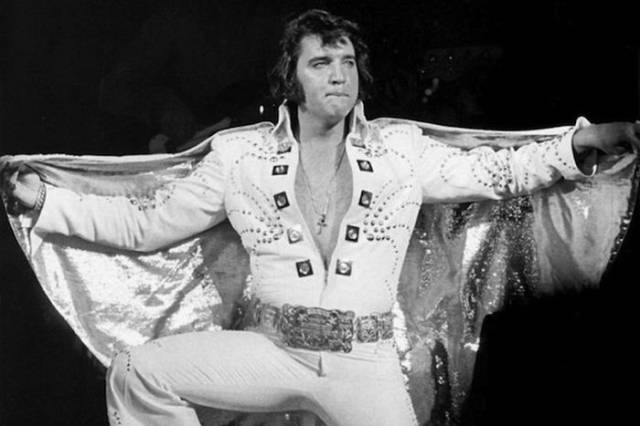 PSH may have given it a solid go, but he was an actor, not the King of Rock 'n' Roll. In order to preside over such a genre, one must rock by example, which Elvis certainly did, especially in the consumption department. Elvis died with no less than 14 different drugs in his system. That's amazing, to be sure, but by far the most amazing thing found at Graceland the day he allegedly died on his throne was an empty bottle of Trisoralen, a tanning medication that Elvis used to keep his portly pigmentation just right for the cameras. 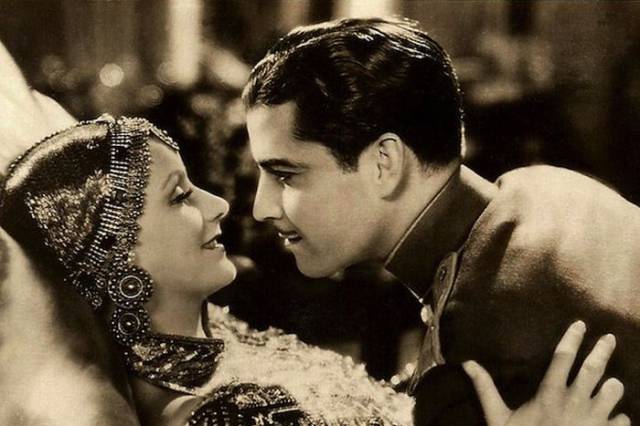 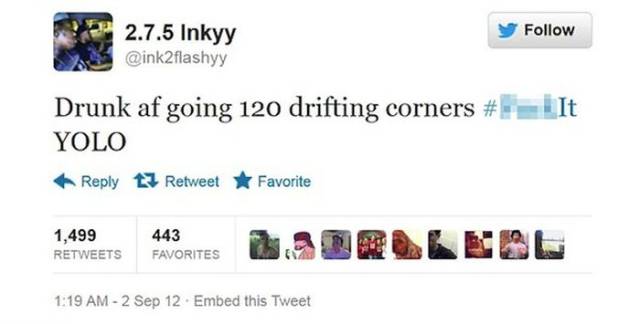 Sure, it's just a cell phone, an item found at pretty much every death scene these days, but it's what Inkyy did with his cell phone just before dying that is so amazing here. And yes, you've probably never heard of Inkyy, so he's not technically a celebrity. But he was a rapper. According to the ever reliable Daily Mail, he was "said by friends to have been recently signed or soon-to-be to a major record deal." So it was obviously only a matter of time before celebrity harkened. Alas, time was not on Inkyy's side, nor irony for that matter, as moments before his death in a drunk-driving accident, he tweeted "Drunk af going 120 drifting corners #FuckIt YOLO." 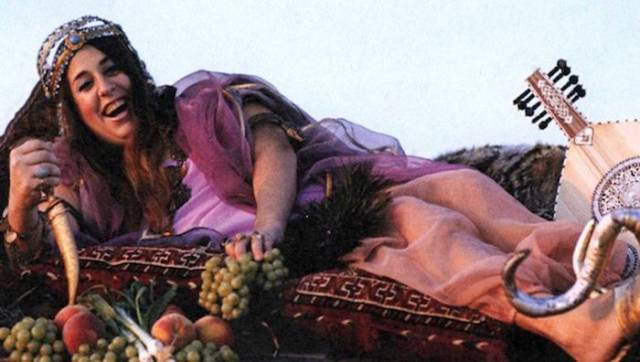 I always thought that Cass Elliot of The Mamas and The Papas died in the middle of eating a ham sandwich and drinking a Coke while lying down -- because that's the urban myth, probably because that's what Dr. Anthony Greenburgh publicly declared after being the first to examine the big Mama. But it turns out that Greenburgh was way wrong, and Elliot actually died of heart failure at the ripe young age of 32. However, there was an uneaten ham sandwich at the death scene, so you can see how the doctor could have jumped to that conclusion. The fact that the rumor persists to this day is really what makes the ham sandwich all the more amazing. 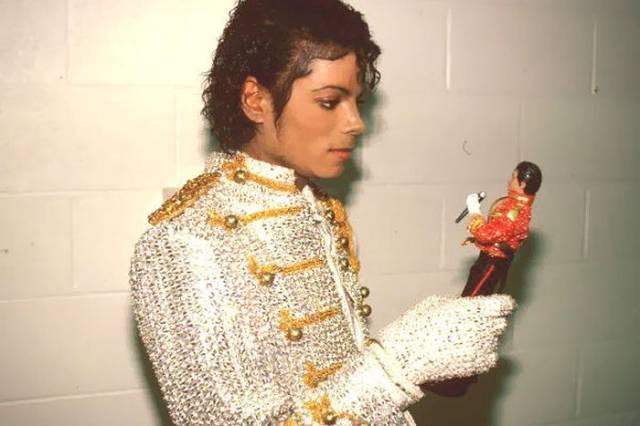 A powerful surgical anesthetic IV drip might seem like the most amazing find at the King of Pop's death scene (it really doesn't pay to be musical royalty), but according to the Telegraph, "a porcelain girl doll wearing a dress was found on top of the covers of the bed where he slept." I couldn't find any word on the make of the doll, but odds are good it was a pretty young thing. 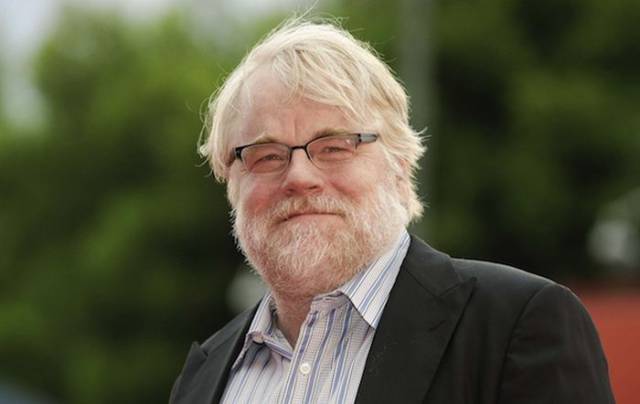 PSH certainly wasn't the first person to die with a syringe in his hand, but he had to be one of the messiest. The guy had 20 used needles in his death room. He also had four different drugs in his body -- heroin, cocaine, benzodiazepines and amphetamine -- so I guess he had an excuse for not being tidy. Still, the most amazing number in this whole equation is 50, which was the number of "Ace of Spades" branded envelopes of alleged heroin in the room. Well, that's one sure-fire way to kill the pain on the way out. I'll contend to this day it was selling out for "The Hunger Games" that caused all that pain. 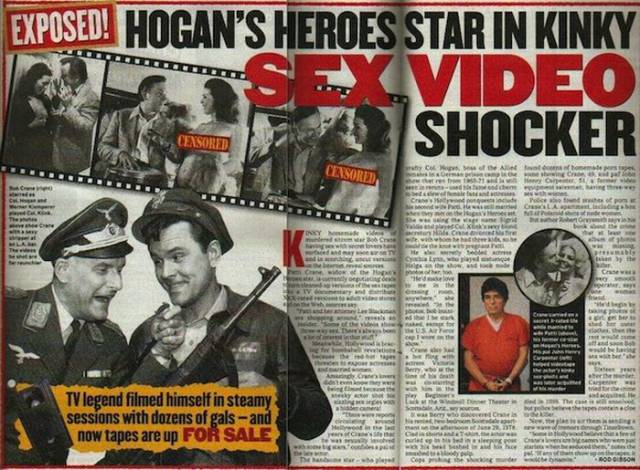 Better known as Colonel Robert E. Hogan from "Hogan's Heroes," Crane apparently also had himself a little side project: secretly filming his many sexual conquests. One day, Crane was found in his apartment -- electrical cord tied around his neck, bludgeoned to death by an unidentified blunt object (rumored to have been a tripod, ironically enough). No one's ever been convicted of the murder, so no one can say for sure whether that box of filthy video tapes found at his apartment is what led to the dirty deed. Authorities looked closely (twice) at John Carpenter, a video-equipment salesman who helped Crane make the tapes, both behind and in front of the camera, but he got off. I mean, he was acquitted. 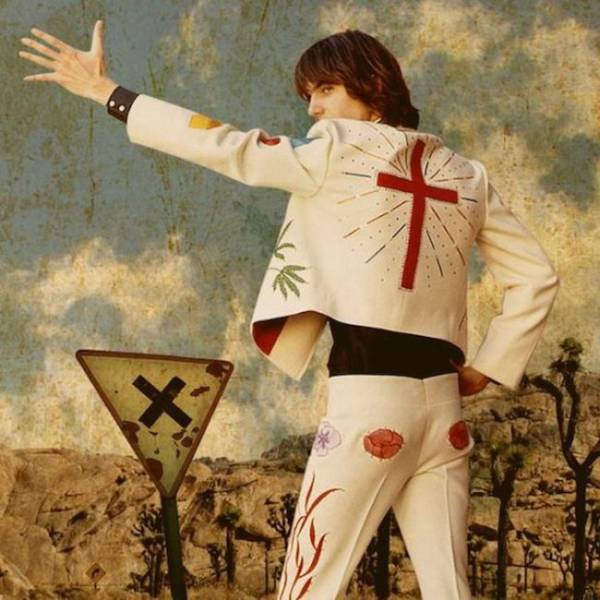 Parsons used to hang tough with Keith Richards, so the man could keep up. But still, having enough morphine in his blood to kill three regular users proved enough to fell the 26-year-old cosmic country star. Just one year shy of making it to the 27 Club, too. Before kicking it, Parsons had expressed to his buddies that he wanted to be cremated at Joshua Tree, but his stepdad had other plans, perhaps financially motivated, and was having the body taken to Louisiana to be buried. Parsons' friends didn't like that plan, though, so they stole the body from LAX using a "borrowed" hearse, drove it out to the desert, loaded five gallons of gasoline into the coffin, lit a match, and created a fireball so big that the cops came running to put it out. Which they did, and found 35 pounds of Gram still left behind. So technically, that's the most amazing thing at any of these death scenes, except for the fact that he was already dead at the time.

Email ThisBlogThis!Share to TwitterShare to FacebookShare to Pinterest
Labels: Crime