The Malaya Zemlya Memorial in Novorossiysk, Russia, pays homage to a little known but important battle of the Second World War, that eventually paved the way to the liberation of Novorossiysk from German occupation. On February 4, 1943, a small unit of Red Army marines landed in Malaya Zemlya, or “Little Land”, and defended this area for 225 days until the city was liberated on September 16, 1943. The heroic defense of the port by the sailors allowed the Soviets to retain possession of the city's bay, which prevented the Germans from using the port for supply shipments. The Malaya Zemlya Memorial was erected in 1982. It features a gravity-defying triangular arch which rises to 22 meters at its highest point and represents the bow of a landing craft that has come ashore on the beach. One side of the “bow” features a 10-meter-tall bronze sculpture of a group of marines disembarking from the ship. The opposite side features bas-relief depictions of the battles. 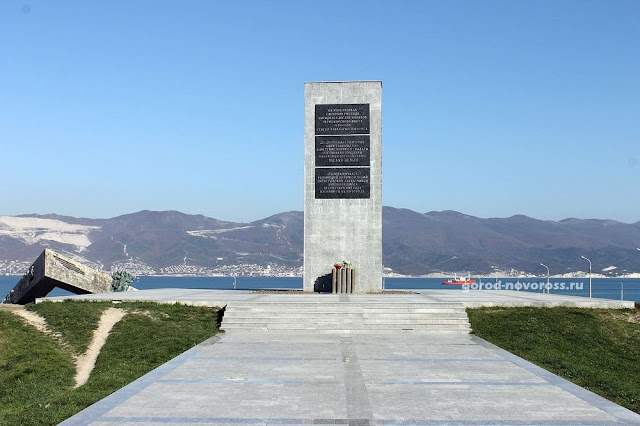 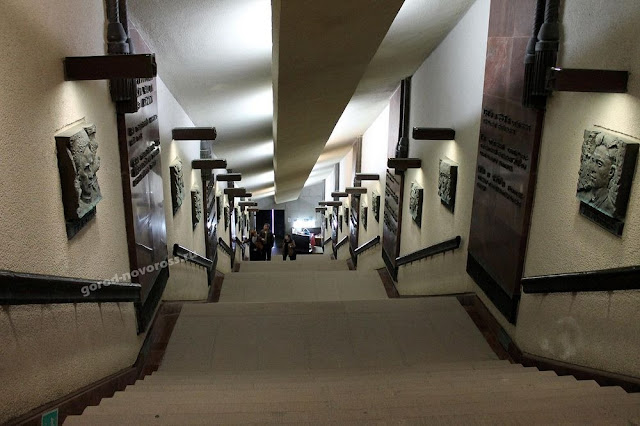 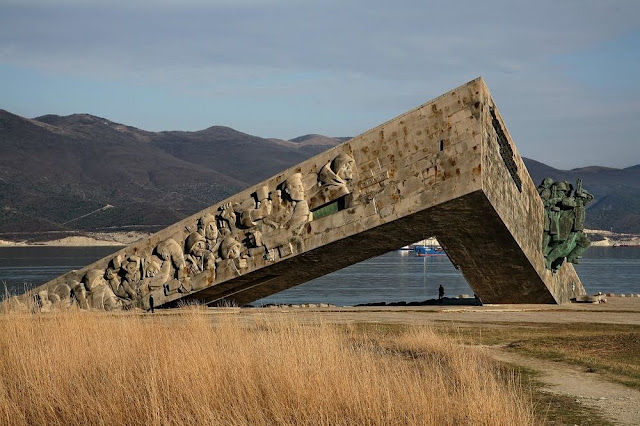 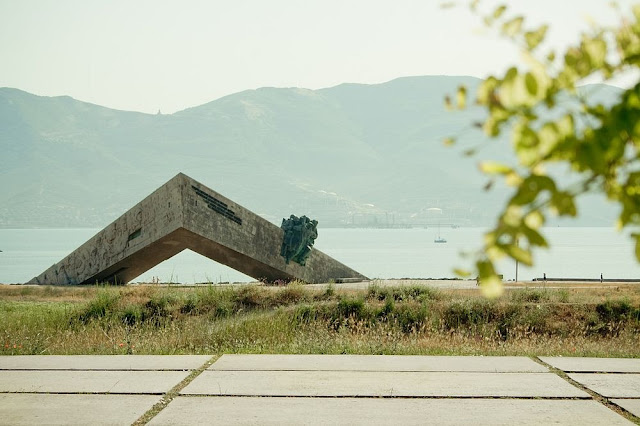 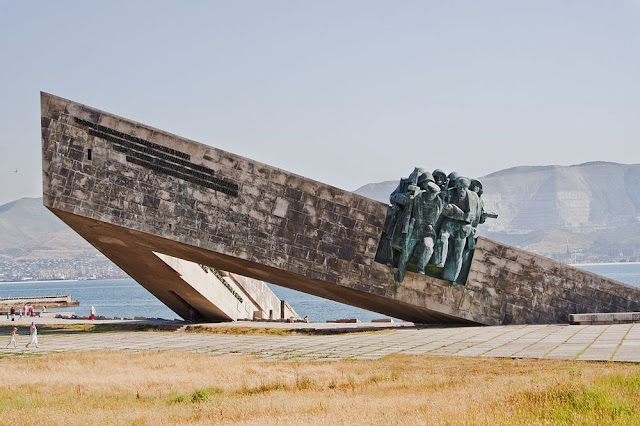 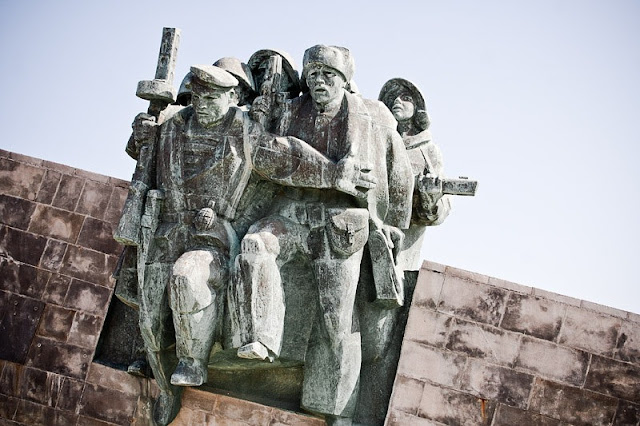