Australian man, 97, to graduate with fourth degree. He already holds the world record as the oldest university graduate. 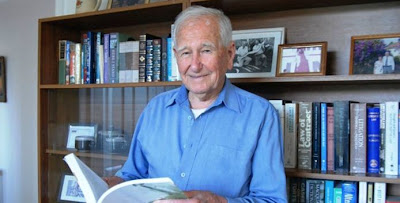 A 97-year-old New South Wales man will set another world record today when he graduates from Southern Cross University at Lismore.

Allan Stewart from Tea Gardens, north of Newcastle, will graduate with a Master of Clinical Science - Complementary Medicine, making him the world's oldest university graduate.

It will surpass the Guinness World Record he set in 2006 when he completed a law degree.

Mr Stewart is no stranger to academia, having completed his first degree at the University of Sydney in 1936.

He says students back then were a lot more formal.

"We had to wear very conservative clothing in those days," he said.

"Up here, university students and undergraduates are mostly in holiday gear."

After a long career in dentistry Mr Stewart then went back to university to tackle law, finishing that degree at 91.

He completed the six-year law degree in four-and-a-half years because he said at his age, time was of the essence.

This afternoon's degree will be his fourth.

His lecturer Dr Sonia Brownie says she did a double take when she first got his enrolment application.

"When I initially saw his application I trotted back down to the student liaison team because I saw the date of birth was 1915," she said.

"I said to them to check that he indeed was a man well into his senior years."

"He says that he's intellectually in his prime in the early part of the morning and the day," she said.
Posted by pooja