Violent protests broke out across Egypt today after the new Muslim Brotherhood president, Mohammed Morsi, awarded himself wide-ranging powers over its political transition.
Demonstators burned down a headquarters block of the Brotherhood's political front, the Freedom and Justice Party, in Alexandria.

And there were also heavy clashes in cities with a record of protest against the former regime of ex-President Hosni Mubarak like Suez and Port Said. 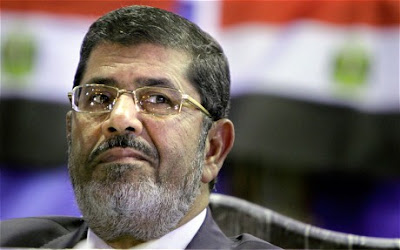 In Cairo, the biggest demonstrations for months filled Tahrir Square, reviving the spirit and chants of last year's revolution.

An array of liberal and secular groups, including activists at the forefront of the protest movement that forced Hosni Mubarak from power marched on the Square to demonstrate against what they were calling Morsi becoming the "new pharaoh".
"Out, out," the crowd chanted. "The people want the downfall of the regime."

Meanwhile Mr Morsi's backers led by the powerful Muslim Brotherhood gathered outside the presidential palace in north Cairo in a show of support for his decision to temporarily place his decisions above judicial oversight.

"The people support the president's decisions," the crowd chanted. 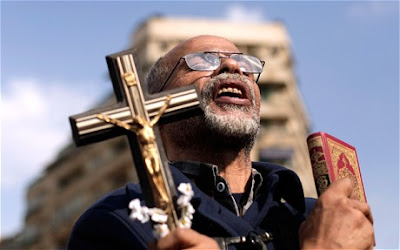 A protester in Tahrir Square

Mr Morsi in person defended his decision to end judicial independence and make his decrees unchallengeable by law as necessary to "fulfil the revolution".

His spokesmen also took to Twitter, a sign of the new leadership's greater political sophistication, to insist it was a temporary measure intended to overcome legal attempts by figures associated with the former regime to block reform.

But protesters said it was a power grab.

"I reject all these decisions," said Reem Ahmed, 32. She was holding up a placard saying, "I am a dead man," in solidarity with two victims of earlier protests this week, shot by police.

"The country is in danger."

The president's declaration was partly justified as a response to demonstrators' calls for new prosecutions of those responsible for shooting protesters last year. Mr Morsi also sacked the prosecutor-general and announced there would be new trials. 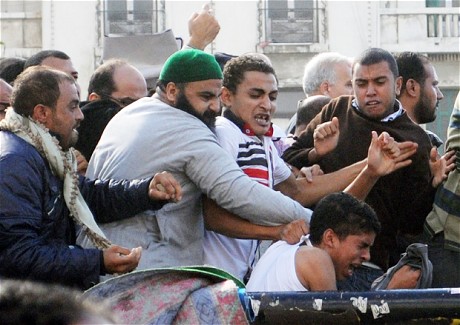 An estimated 846 people died in the revolution, and scores more in subsequent protests against interim military rule.

ElBaradei denounced Morsi as a "new pharaoh," the same term of derision used against Mubarak when he was in power.

The Islamist president assumed sweeping powers on Thursday in a decree read out by his spokesman Yasser Ali on state television.

"The president can issue any decision or measure to protect the revolution," it said.

"The constitutional declarations, decisions and laws issued by the president are final and not subject to appeal." 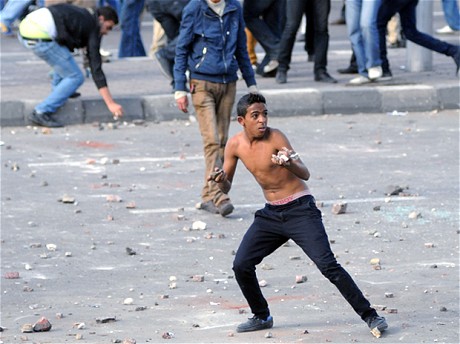 Morsi also sacked prosecutor general Abdel Meguid Mahmud, whom he failed to oust last month, amid strong misgivings among the president's supporters about the failure to secure convictions of more members of the old regime.

He appointed Talaat Ibrahim Abdallah to replace Mahmud and, within minutes of the announcement, the new prosecutor was shown on television being sworn in.

Abdullah later issued a brief statement on state television, pledging to "work day and night to achieve the goals of the revolution."

In his pronouncement, the president also ordered "new investigations and retrials" in cases involving the deaths of protesters, a decision that could military top brass and other former Mubarak regime officials. 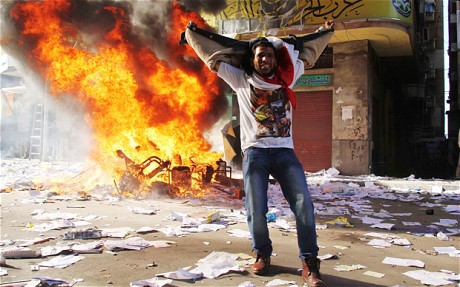 The declaration is aimed at "cleansing state institutions" and "destroying the infrastructure of the old regime," the president's spokesman said.

A senior official of the Justice and Freedom Party, the Brotherhood's political arm, said Morsi's decision was necessary to guarantee the revolution was on course.

"We could not find any legal avenue to pinpoint and prosecute those in the interior ministry who were responsible for killings," Gehad Haddad told AFP.

He said there had been a string of acquittals of interior ministry officials, evidence was withheld in cases, investigations had been weak and many had not been brought to trial over the killings of hundreds of protesters during and since the uprising - a view that secular protesters would agree with.

"The avenues we are taking are born of necessity, not choice," he said.

Some 850 protesters were killed in clashes with security forces or Mubarak loyalists during last year's uprising. Only the ousted president and his interior minister Habib al-Adly have been convicted over the deaths.
Posted by pooja