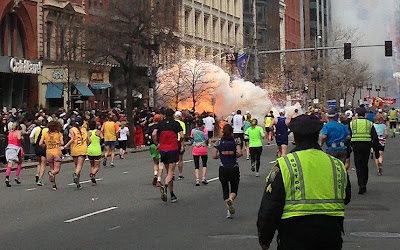 At least three people have been killed and another 100 maimed or injured after two powerful bombs were detonated at the finish line of the Boston marathon. The co-ordinated blasts, the worst attack on US soil since the September 11 terror atrocities, transformed a site of celebration on a public holiday afternoon into a scene of carnage and destruction. This is the moment one of the bombs detonated near the finish line of the Boston Marathon. 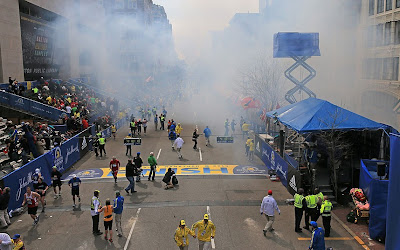 Several of the victims lost limbs and suffered horrific injuries as the twin blasts exploded about 30 seconds apart, some 50-100 yards away from each other near the finishing line of one of the world’s most prestigious sporting events. 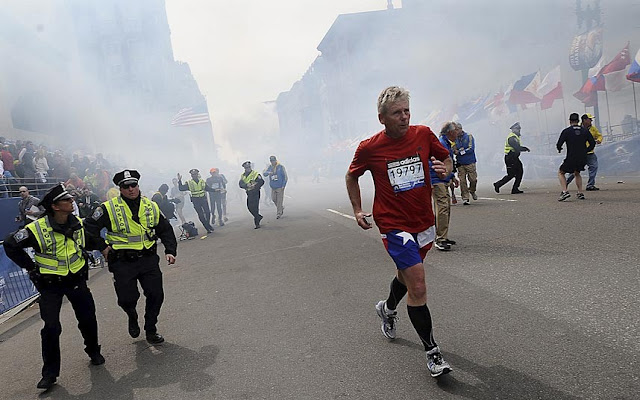 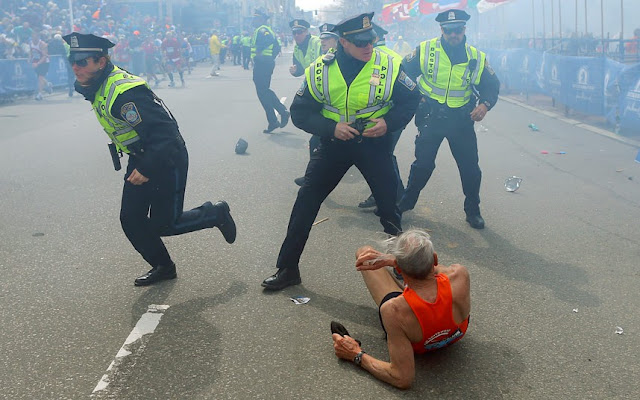 Bill Iffrig fell when one of the bombs detonated. Shortly afterwards he got up and finished the race. 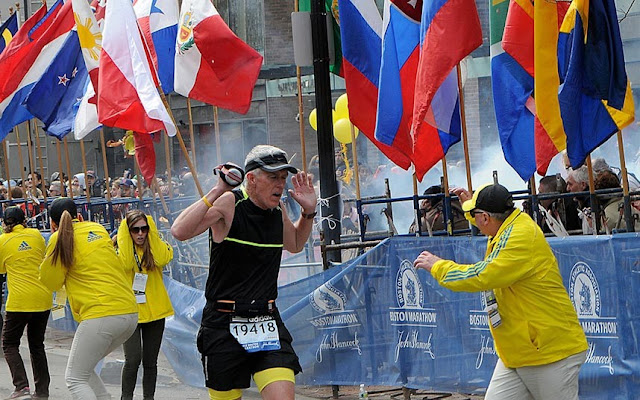 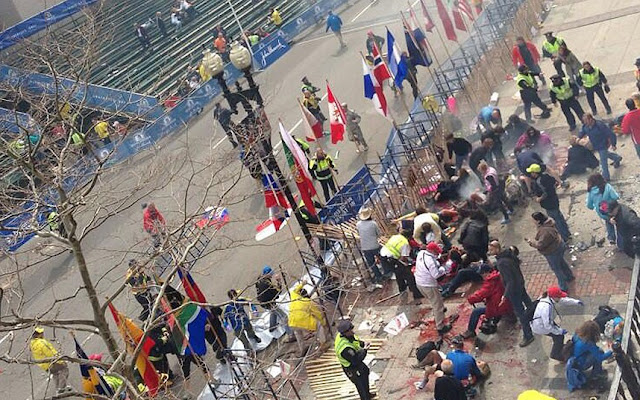 There were unconfirmed claims that a wounded man was under guard in hospital as a “possible suspect”, but police later said that no suspect was in custody 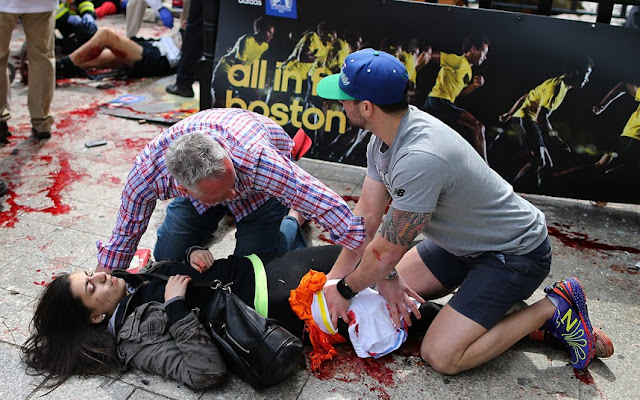 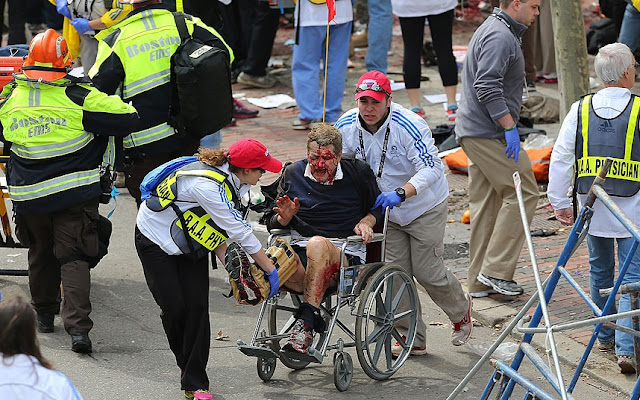 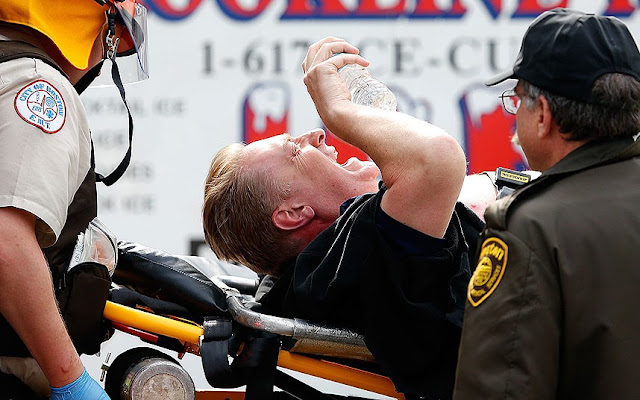 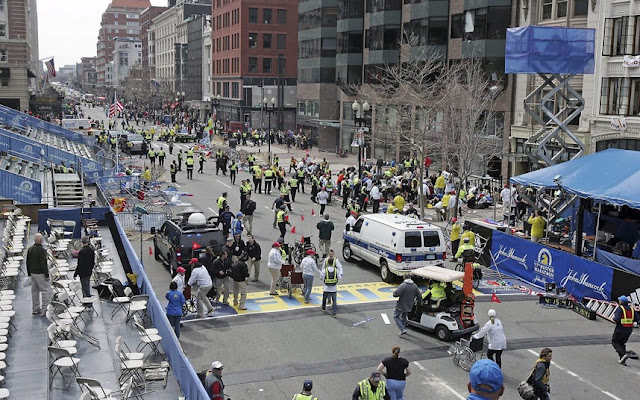 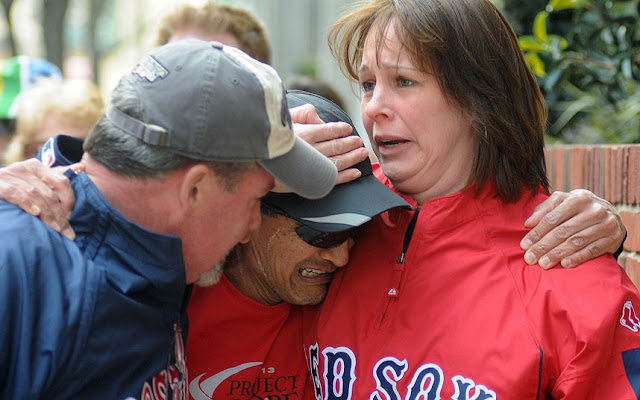 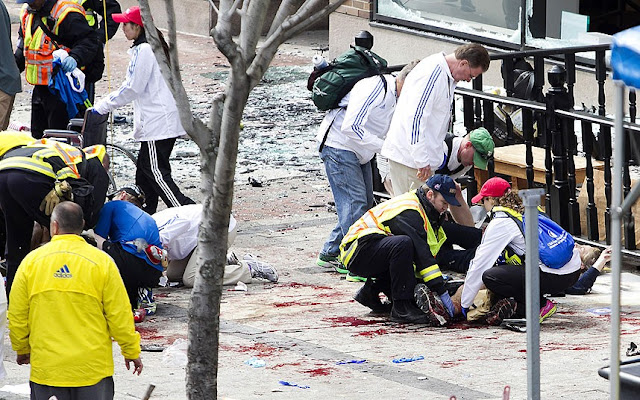 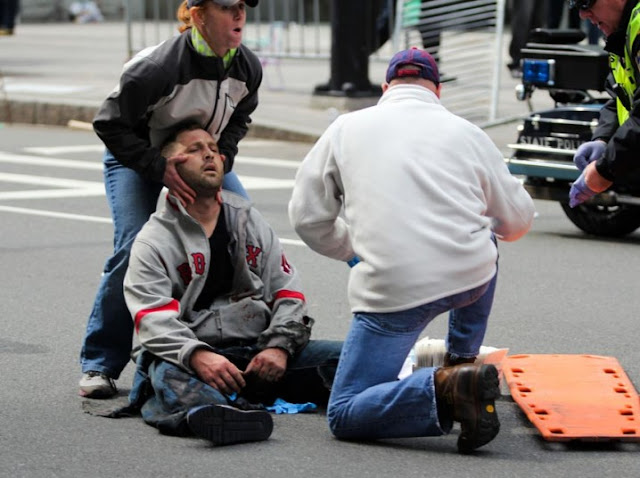 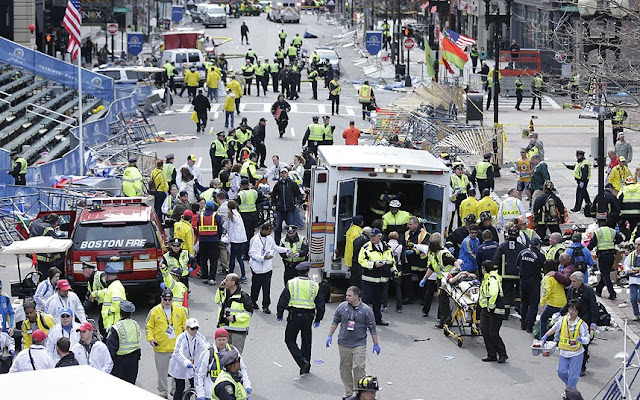 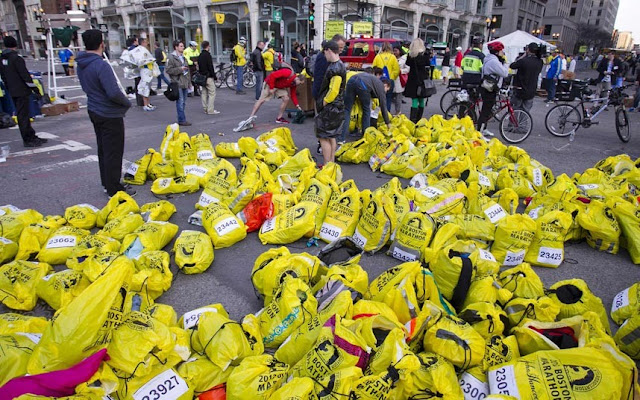 Authorities were checking all bags and packages that may have been left unattended as crowds rushed away from the scene of the bombings. Above, bags containing marathon runners' belongings near the finish line of the Boston Marathon. 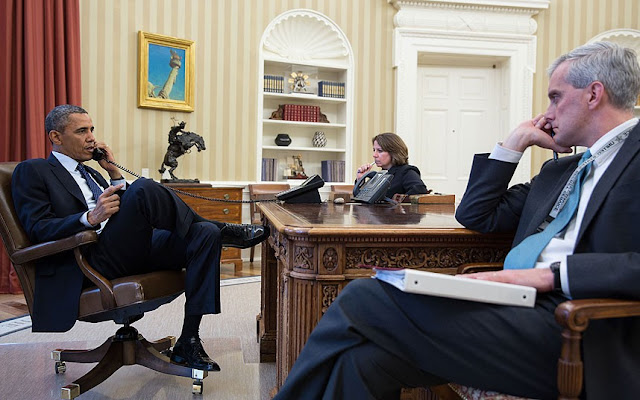 President Barack Obama has called officials in Massachusetts to express his sympathy and offer the support of the federal government after being briefed on the incident by Lisa Monaco, his new national security adviser. 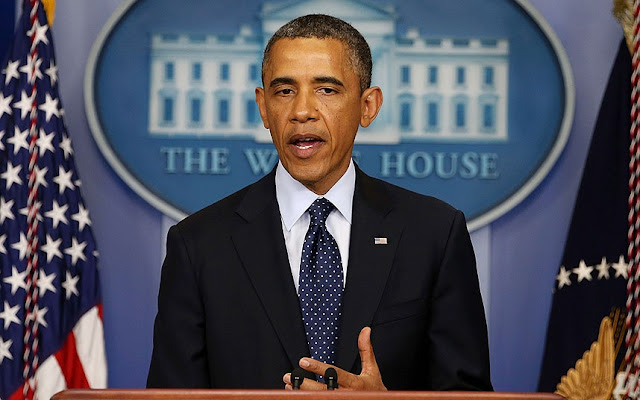 Addressing the nation, Mr Obama said: “Make no mistake we will get to the bottom of this and we will find out who did this and we will find out why they did this. Any responsible groups will feel the full weight of justice. “The American people will say a prayer for Boston tonight and Michelle and I send our prayers to the families of the victims in the wake of this senseless loss.” 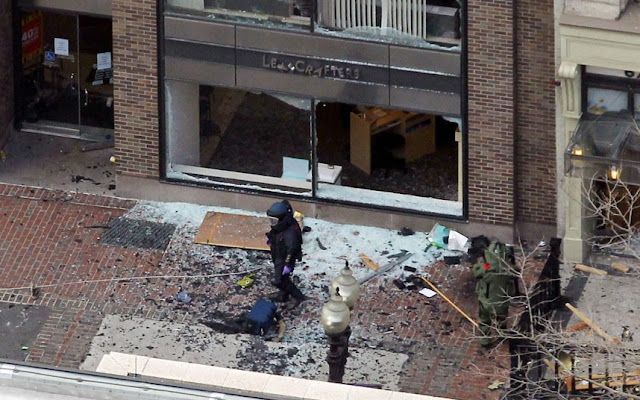 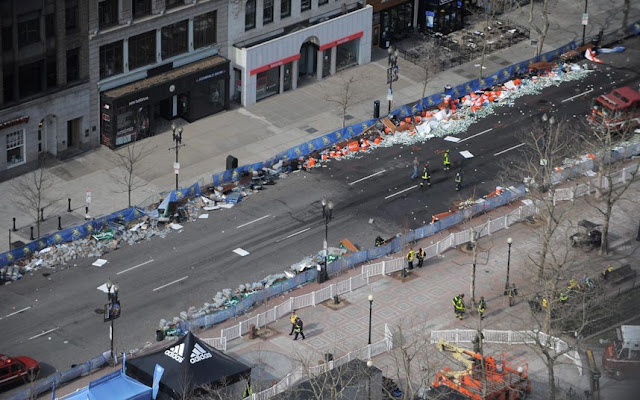 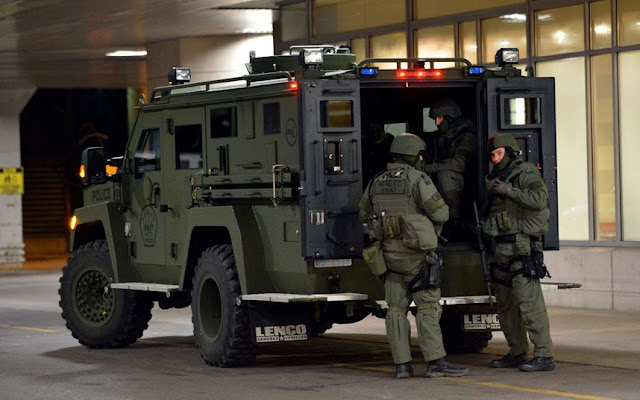 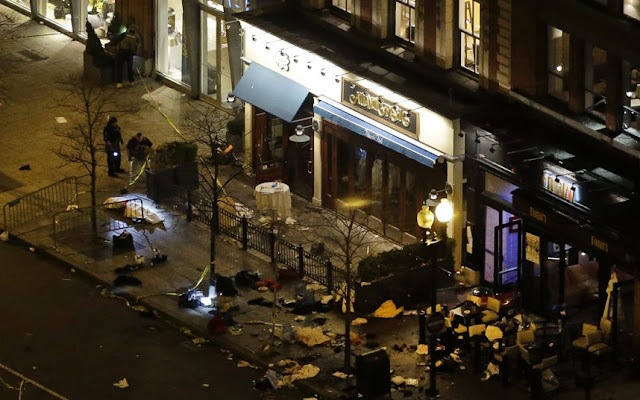 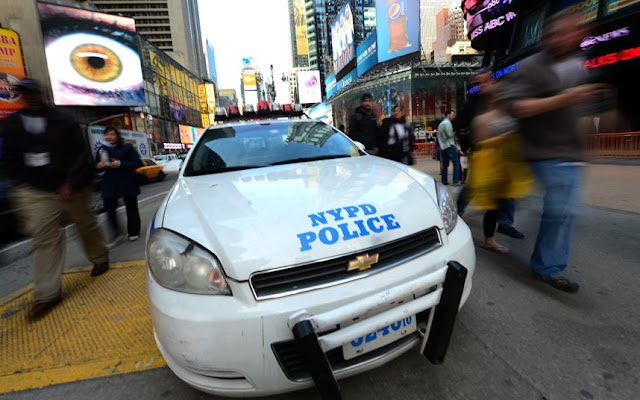 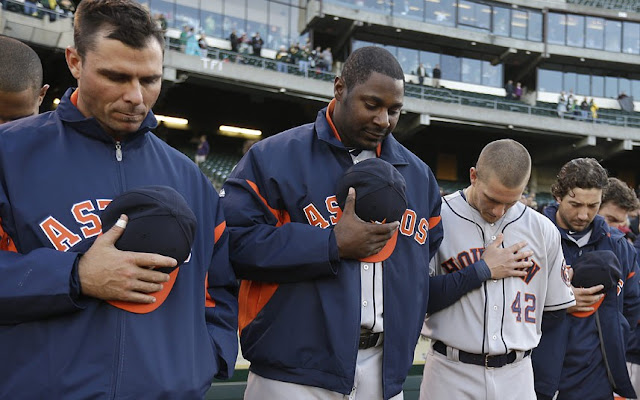 Members of the Houston Astros (including Chris Carter, centre) observe a moment of silence for the victims involved in the explosion at the Boston Marathon prior to the baseball game against the Oakland Athletics in Oakland, Calif.
Posted by pooja