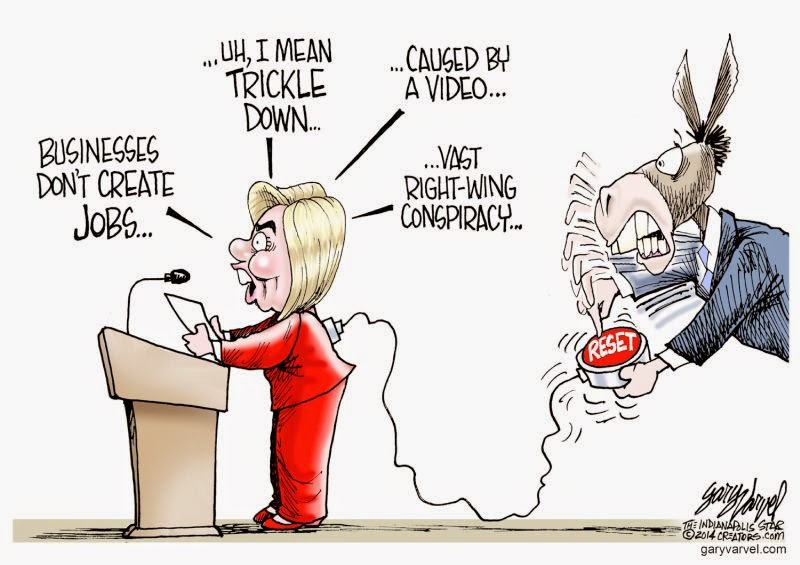 If you have a job right now, don’t thank the company that hired you or the investors that created the company. According to Hillary Clinton, they didn’t build that. At first arguing that hiking the minimum wage would not cost jobs, the presumed Democratic presidential frontrunner then extended those thoughts in a very peculiar way:
At a Democratic rally in Massachusetts, Hillary Clinton’s attempt to attack “trickle-down economics,” resulted in a spectacularly odd statement. …
She went on to state that businesses and corporations are not the job creators of America. “Don’t let anybody tell you that it’s corporations and businesses that create jobs,” the former Secretary of State said.

It’s actually a total non-sequitur. “Trickle-down economics” has to do with expanding investment, which actually worked spectacularly in the 1980s, but it’s not a theory on which the entire concept of job creation relies. One can criticize “trickle-down economics” without offering the entirely vapid argument that corporations and businesses don’t create jobs. They don’t get created by book tours, after all. The tens of millions that Hillary Clinton collects from publishers and speeches pay for a handful of staff jobs at the Clinton Foundation, perhaps, but that same cash turned into investment would create jobs that actually produce goods and services in a market, which then create secondary jobs, and so on.
It’s not easy to get economics this wrong in such a short space of time. At some point, Democrats are going to have to come to grips with the fact that their front-runner is not just a lousy campaigner, but perhaps just as incompetent as the President from which they’re all attempting to run away at the moment.
Posted by pooja