If Illegal Immigrants Benefited Republicans Obama Would Do THIS…(IMAGE) 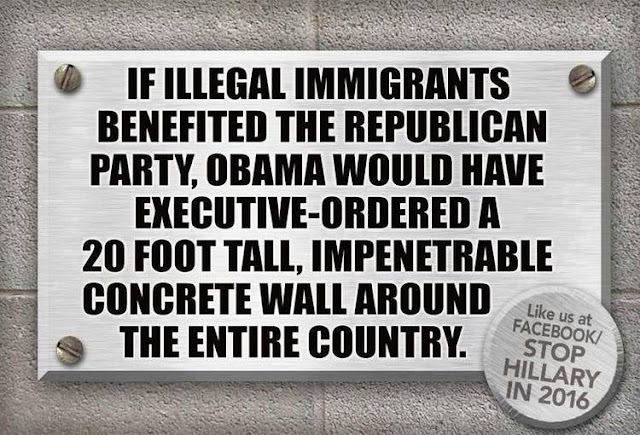 Louisiana Governor Bobby Jindal claims that politicians who lead sanctuary cities should be prosecuted as accessories to any crime an illegal commits in their cities:
From TheBlaze:

Republican presidential candidate Bobby Jindal said during the “happy hour” GOP debate Wednesday that he would be in favor of jailing and prosecuting mayors of sanctuary cities “as accessories” for crimes committed by illegal immigrants.
The remark came as the Louisiana governor responded to accusations of being in favor of amnesty.

Jindal said such accusations are not true and that he is in favor of securing the border and going after mayors of sanctuary cities.

“What I’ve also said is that we need to put an end to sanctuary cities. It’s not enough to defund them. I think we need to criminalize, accuse and jail those mayors as accessories for the crimes committed by people who shouldn’t be here.”

Would you be in favor of prosecuting politicians who run so called sanctuary cities for crimes illegals commit in their cities?
Posted by pooja