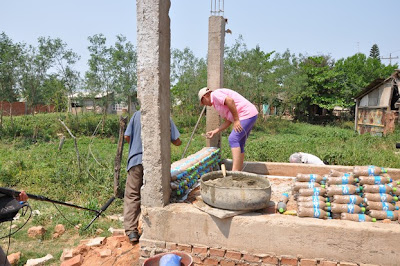 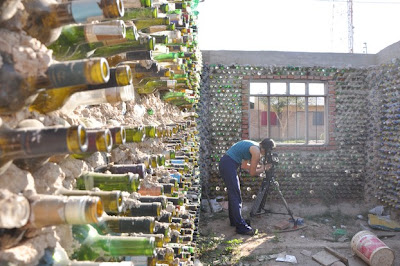 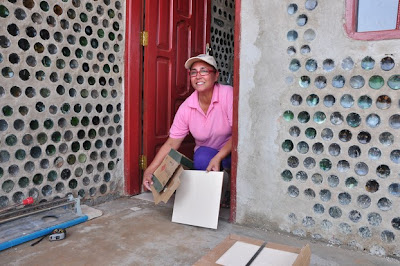 Ingrid Vaca Diez is on a mission to build better homes for the poor.

With few funds and little support, she uses the only resource she can find in abundance - empty plastic bottles.

Her own life in Santa Cruz, Bolivia, is one of relative comfort but she is shocked by the rising level of poverty she sees around her.

Though completely self-taught, she designs and builds new homes using recycled plastic bottles filled with dirt as the "bricks". So far, she has built 10 of these homes.

The people she is trying to help are rural, indigenous migrants, often living in single room, dirt floor shacks.
Ingrid picks her projects based on the urgency of a family's need. It is through her work that we will observe the broader social and economic problems facing the poor in Santa Cruz.

Bolivia remains one of the poorest countries in South America with roughly 50 percent of the population living below the poverty level according to 2010 estimates.

Conversely, it is one of the richest countries in South America in terms of natural resources, especially in mining and natural gas reserves.
For the poor, housing is one of the most critical issues. This is an especially acute issue as more and more rural residents continue their migration into the major population centres of La Paz and Santa Cruz.

Statistics show that out of the total population of approximately 10 million people, a majority of families live in sub-standard housing conditions in which many structures have no more than a dirt floor.
Posted by pooja