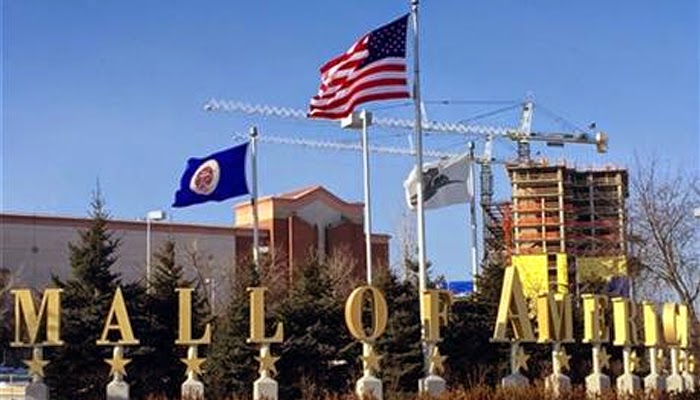 In what appears to be a desperate bid by Somalia-based al Shabaab group to seek global attention, the extremist outfit has released a video threatening more Westgate mall-style attacks in the shopping malls of US, UK and Canada.
At a time when the ISIS keeps posting gruesome videos of beheadings and people being burnt in cages, the latest Shabaab video seems to be an apparent attempt at grabbing its share of attention on a global stage.
Al Shabaab which is based in Somalia is known for carrying out attacks in Somalia and Kenya, the most prominent of them being a three-day siege on Nairobi's upscale Westgate shopping mall, that killed more than 60 people in September 2013.
The video shows a masked fighter speaking in English, urging lone-wolf terror attacks in the Western malls, specifically mentioning the Mall of America in Minnesota in US, the West Edmonton Mall in Canada and London's Oxford Street shopping area.
According to a tweet by SITE Intel Group's chief Rita Katz, the masked fighter in Shabab video, seeks to remind the world of its deadly attack on Westgate mall in Kenya in September 2013, saying, “Westgate was just the beginning, and with all hopes of peace forever dashed, Kenya's darkest hour is yet to come”.
However, the US intelligence agencies FBI and Homeland Security have denied of any such plot being in the works, reported the CNN.
There is no credible specific threat to malls in the United States, according to a joint intelligence bulletin released by the FBI and Homeland Security.
However, they have urged the law enforcement agencies to be vigilant against possible lone wolf-type attacks.
Meanwhile, the malls which were mentioned in the video, are aware of the threat and have stepped up the security.
Mall of America, which is the largest in US, stated that it was taking the threat seriously and had put in place extra security precaution, reported the CNN.
The West Edmonton Mall in Alberta, Canada, too had clamped special security measures and said that was working with federal and local law enforcement agencies in the wake of threat.
The threat video by al Shabaab comes months after  its leader Ahmed Abdi Godane, was killed in US air strikes in September last year.
Also, last month, al-Shabab's intelligence chief Zakariya Ismail Hersi, who had on his head a $3m bounty, denounced the violence perpetrated by the extremists and announced that he had quit the group.
Posted by pooja