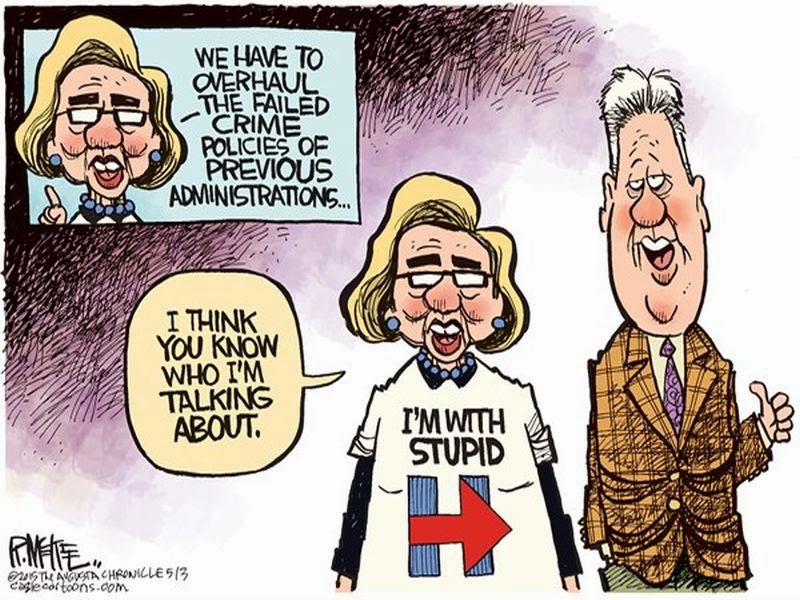 Via The Christian Science Monitor:

Americans appear to be suspicious of Hillary Rodham Clinton’s honesty, and even many Democrats are only lukewarm about her presidential candidacy, according to a new Associated Press-GfK poll.
Is she strong and decisive? Yes, say a majority of people. But inspiring and likable? Only a minority think so.

Ms. Clinton’s struggles to explain her email practices while in government, along with questions about the Clinton Foundation and Republican criticism of her openness, wealth, and trustworthiness seem to have struck a nerve in the public’s perception of the dominant Democratic figure in the 2016 campaign. In the survey, 61 percent said “honest” describes her only slightly well or not at all.
Nearly four in 10 Democrats, and more than six in 10 independents agreed that “honest” was not the best word for her.
Even so, she is viewed more favorably than her potential Republican rivals, none of whom are as well-known as the former secretary of state, senator, and first lady.
With Clinton facing little competition on the Democratic side, Republicans are trying to make questions about her integrity central to the early 2016 campaign. They paint her as a creature of Washington who flouts the rules to get ahead.
Her use of a private email account run from a server kept at her New York home while serving as secretary of state has fed perceptions that she had things to hide. And questions are swirling about foreign donations to the family’s charitable foundation and whether that money influenced her work at the State Department.
James Robins, an independent voter from North Carolina, says his generally positive opinion of Clinton has shifted over the past few months, as more details have emerged about her email usage and foundation fundraising practices.
“She and her family think they’re above everything,” he said. “She intentionally destroyed all the evidence on that server. And when you look at some of her other stuff recently it’s equally as bad.” …
The survey suggests that many Americans aren’t buying Clinton’s explanation: A majority said they believe she used a private address to shield her emails from transparency laws and they think she should turn her server over to a third party for further investigation.
At the same time, the public is split over whether her email usage is a significant issue for her presidential aspirations: Less than a third – 32 percent – said it was a major problem, 36 percent rated it a minor problem, and 31 percent said it’s not a problem at all. Only 20 percent said they’re paying very close attention to the email story. …

Still, Clinton’s overall ratings remain the strongest in the emerging presidential field and are essentially unchanged since two AP-GfK polls conducted last year. Forty-six percent of Americans express a favorable view of Clinton, slightly more than the 41 percent who express a negative opinion. No potential Republican candidate in the poll had significantly greater positive than negative ratings.
Polls generally showed Clinton with a much higher approval rating while she was secretary of state. Opinions of her have become more polarized as she has re-entered partisan politics, as they were when she vied for the Democratic nomination for president in 2008.
Despite Clinton’s dominance in the early primary field, the survey suggests that some in her party would be open to a challenger. …