Terrifying ISIS Propaganda Photo Should Be Warning for the West 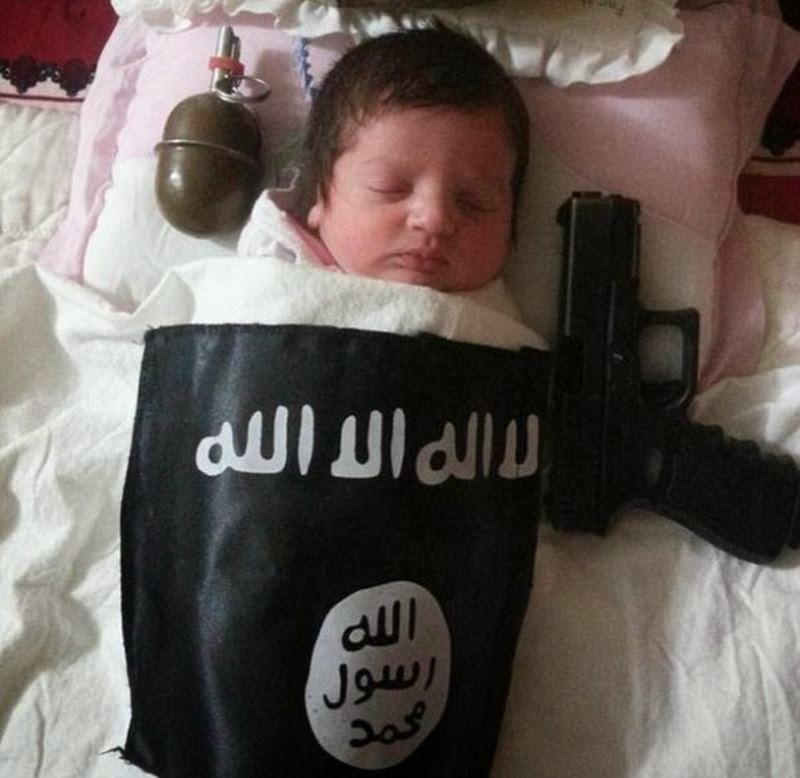 Earlier this week an terrifying ISIS propaganda photo hit social media. Anti-ISIS activist Abu Ward Al-Raqqawi tweeted the photo as a warning to the West of the consequences of not intervening to destroy ISIS.
The picture shows a newborn baby next to an Islamic State birth certificate, a hand grenade, and a pistol.

Al-Raqqawi warned that “This child will be risk to you not just to us.”
ISIS is taking steps to build a long term legacy of terror. The terrorist organization and would-be state have already begun indoctrinating young, English speaking children to carry out Jihad.
This picture is grave warning. ISIS is not going anywhere unless the West unites to destroy them. Left unchecked, ISIS will indoctrinate an entire generation to carry out terrorist attacks, exporting Jihad around the world, as the have explicitly promised to do. 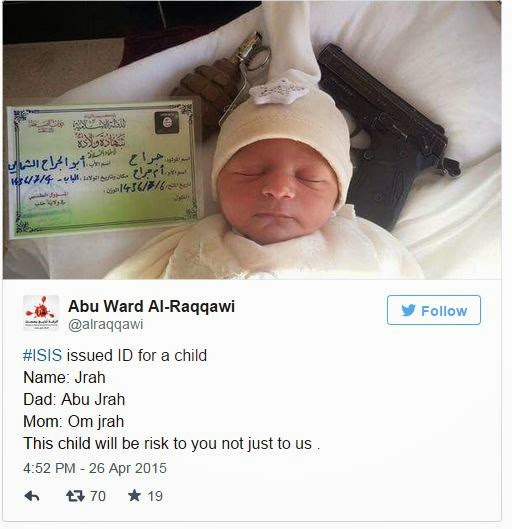