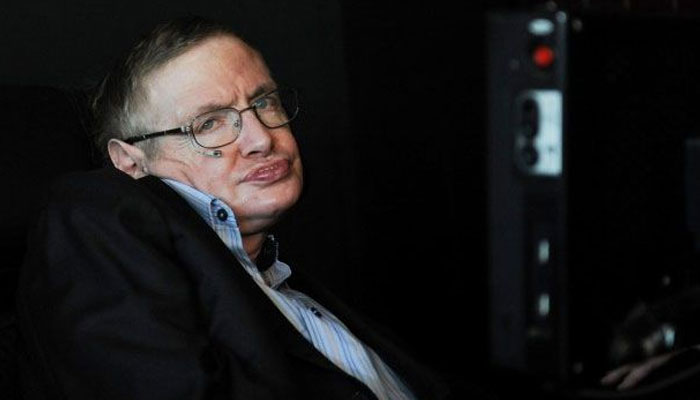 The Breakthrough Initiatives programme, funded by US-based billionaire and Silicon Valley technology investor and physicist Yuri Milner, was launched at the Royal Society in London and characterised as the "biggest scientific search ever undertaken for signs of intelligent life beyond Earth."
The project plans to cover 10 times more of the sky than previous programmes and scan five times more of the radio spectrum, 100 times faster.
"We believe life arose spontaneously on earth. So in an infinite universe there must be other occurrences of life. Somewhere in the cosmos perhaps intelligent life may be watching these lives of ours, aware of what they mean," the 73-year-old wheelchair-bound scientist said.
"Or do our lights wander a lifeless cosmos, unseen beacons, announcing that here, on one rock, the Universe discovered its existence. Either way, there is no bigger question. It is time to commit to finding the answer to search for life beyond Earth. We are alive, we are intelligent, we must know," the author of 'A Brief History of Time' noted.
Lord Martin Rees, Emeritus Professor of Cosmology and Astrophysics and University of Cambridge and member of the advisory committee of the initiative, said, "The search for extra-terrestrial life is the most exciting quest in 21st- century science. The Breakthrough Initiatives aim to put it on the same level as the other ultimate scientific questions."
The programme kicks off with 'Breakthrough Listen' to track signals with access to two of the world's most powerful telescopes - Green Bank Telescope in West Virginia, the US, and Parkes Telescope in New South Wales, Australia. It will include a survey of the 1,000,000 closest stars to Earth and beyond the Milky Way, it will listen for messages from the 100 closest galaxies.
"With 'Breakthrough Listen', we are committed to bringing the Silicon Valley approach to the search for intelligent life in the Universe. Our approach to data will be open and taking advantage of the problem-solving power of social networks," explained Milner.
The public will be invited to participate in efforts to find a signal from another world through the Search for Extraterrestrial Intelligence or SETI@home project.
A linked 'Breakthrough Message' programme will fund an international competition to generate messages representing humanity and planet Earth, which might one day be sent to other civilisations.
The pool of the worldwide prize will total USD 1,000,000 and its details will be unveiled in the coming months.
Posted by pooja