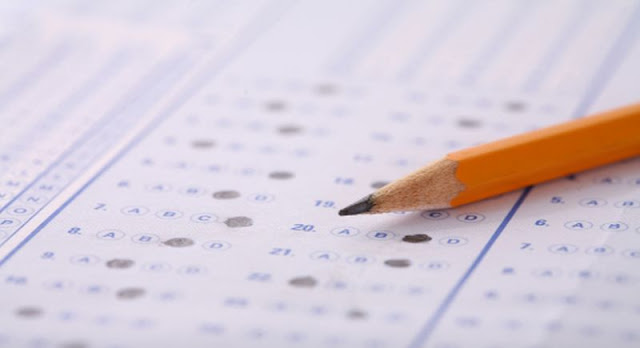 The following are exam answers taken from a group of 17 year olds:
1. Ancient Egypt was inhabited by mummies and they all wrote in hydraulics. They lived in the Sarah Dessert and travelled by Camelot. The climate of the Sarah is such that the inhabitants have to live elsewhere.
2. The Bible is full of interesting caricatures. In the first book of the Bible, Guiness, Adam and Eve were created from an apple tree. One of their children, Cain, asked, “Am I my brother’s son?”
3. Moses led the Hebrew slaves to the Red Sea, where they made unleavened bread which is bread made without any ingredients. Moses went up on Mount Cyanide to get the ten commandments. He died before he ever reached Canada.
4. Solomon had three hundred wives and seven hundred porcupines.
5. The Greeks were a highly sculptured people, and without them we wouldn’t have history. The Greeks also had myths. A myth is a female moth.
6. Actually, Homer was not written by Homer but by another man of that name.

7. Socrates was a famous Greek teacher who went around giving people advice. They killed him. Socrates died from an overdose of wedlock. After his death, his career suffered a dramatic decline.
8. In the Olympic games, Greeks ran races, jumped, hurled the biscuits, and threw the Java.
9. Eventually, the Romans conquered the Greeks. History calls people Romans because they never stayed in one place for very long.
10. Julius Caesar extinguished himself on the battlefields of Gaul. The Ides of March murdered him because they thought he was going to be made king. Dying, he gasped out: “Tee hee, Brutus.”
11. Nero was a cruel tyranny who would torture his subjects by playing the fiddle to them.
12. Joan of Arc was burnt to a steak and was canonised by Bernard Shaw. Finally Magna Carta provided that no man should be hanged twice for the same offence.
13. In midevil times most people were alliterate. The greatest writer of the futile ages was Chaucer, who wrote many poems and verses and also wrote literature.
14. Another story was William Tell, who shot an arrow through an apple while standing on his son’s head.
15. Queen Elizabeth was the “Virgin Queen.” As a queen she was a success. When she exposed herself before her troops they all shouted “hurrah.”
16. It was an age of great inventions and discoveries. Gutenberg invented removable type and the Bible. Another important invention was the circulation of blood. Sir Walter Raleigh is a historical figure because he invented cigarettes and started smoking. And Sir Francis Drake circumcised the world with a 100 foot clipper.

17. The greatest writer of the Renaissance was William Shakespeare. He was born in the year 1564, supposedly on his birthday. He never made much money and is famous only because of his plays. He wrote tragedies, comedies, and hysterectomies, all in Islamic pentameter. Romeo and Juliet are an example of a heroic couplet. Romeo’s last wish was to be laid by Juliet.
18. Writing at the same time as Shakespeare was Miguel Cervantes. He wrote Donkey Hote. The next great author was John Milton. Milton wrote Paradise Lost. Then his wife died and he wrote Paradise Regained.
19. During the Renaissance America began. Christopher Columbus was a great navigator who discovered America while cursing about the Atlantic. His ships were called the Nina, the Pinta, and the Santa Fe.
20. Later, the Pilgrims crossed the ocean, and this was called Pilgrim’s Progress. The winter of 1620 was a hard one for the settlers. Many people died and many babies were born. Captain John Smith was responsible for all this.
21. One of the causes of the Revolutionary War was the English put tacks in their tea. Also, the colonists would send their parcels through the post without stamps. Finally the colonists won the War and no longer had to pay for taxis. Delegates from the original 13 states formed the Contented Congress. Thomas Jefferson, a Virgin, and Benjamin Franklin were two singers of the Declaration of Independence. Franklin discovered electricity by rubbing two cats backwards and declared, “A horse divided against itself cannot stand.”. Franklin died in 1790 and is still dead.
22. Soon the Constitution of the United States was adopted to secure domestic hostility. Under the constitution the people enjoyed the right to keep bare arms.
23. Abraham Lincoln became America’s greatest Precedent. Lincoln’s mother died in infancy, and he was born in a log cabin which he built with his own hands. Abraham Lincoln freed the slaves by signing the Emasculation Proclamation. On the night of April 14, 1865, Lincoln went to the theatre and got shot in his seat by one of the actors in a moving picture show. The believed assinator was John Wilkes Booth, a supposedly insane actor. This ruined Booth’s career.
24. Meanwhile in Europe, the enlightenment was a reasonable time. Voltaire invented electricity and also wrote a book called Candy.

25. Gravity was invented by Issac Walton. It is chiefly noticeable in the autumn when the apples are falling off the trees.
26. Johann Bach wrote a great many musical compositions and had a large number of children. In between he practised on an old spinster which he kept up in his attic. Bach died from 1750 to the present. Bach was the most famous composer in the world and so was Handel. Handel was half German half Italian and half English. He was very large.
27. Beethoven wrote music even though he was deaf. He was so deaf he wrote loud music. He took long walks in the forest even when everyone was calling for him. Beethoven expired in 1827 and later died for this.
28. The French Revolution was accomplished before it happened and catapulted into Napoleon. Napoleon wanted an heir to inherit his power, but since Josephine was a baroness, she couldn’t have any children.
29. The sun never set on the British Empire because the British Empire’s in the East and the sun sets in the West.
30. Louis Pasteur discovered a cure for rabbis. Charles Darwin was a naturalist who wrote the Organ of the Species. Madman Curie discovered radio. And Karl Marx became one of the Marx brothers.
Posted by pooja