Refugees escaping their home countries for a better life are pictured with the possessions they carried with them when they fled in a series of poignant portraits.
Photographer Adi Safri, from Kuala Lumpar, spent time with the asylum seekers who were crossing the border into Malaysia. 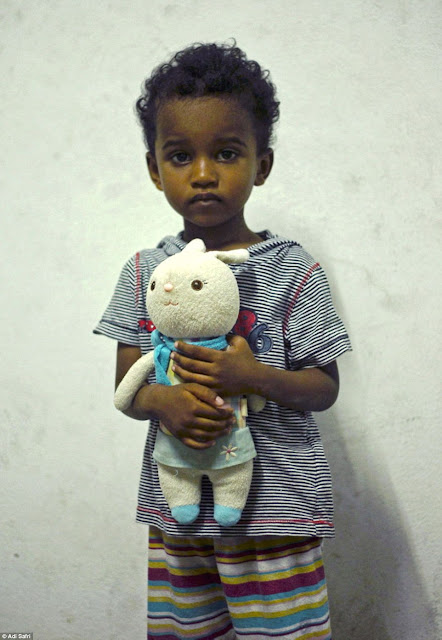 Khafid Ahmed Khaif, four, cradled the stuffed toy which was given to him by his lost father 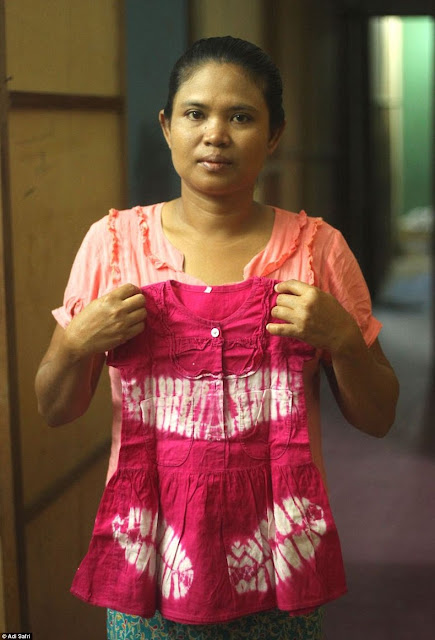 Salimah Gafu, from Burma, held up a pink tie-dye dress belonging to her daughter, who she left in her home country 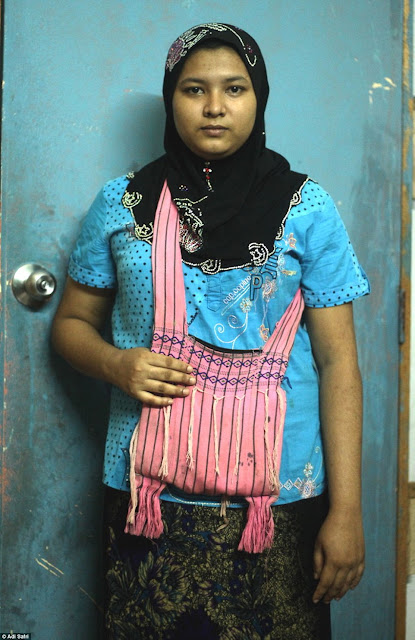 Laila Amiruddin, 17, from Burma, holds her school bag for the camera which she couldn't bear to leave behind 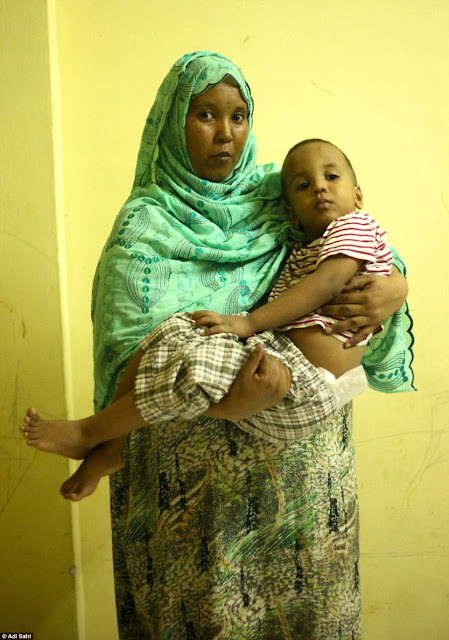 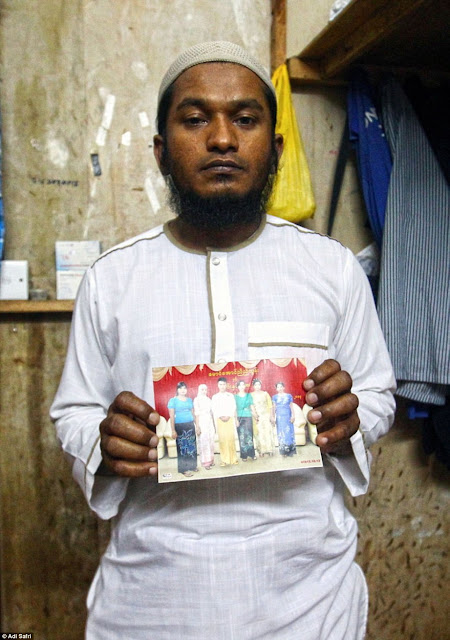 Osman Bilal, 31, from Burma, counted his engagement photograph featuring his lost love as his most valued possession 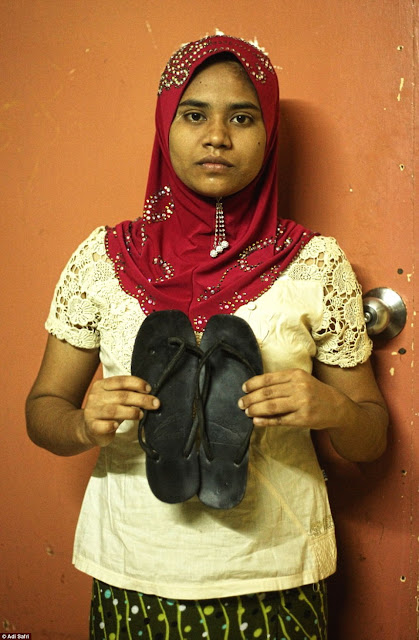 Shaban Amiruddin, 18, from Burma, held the black flip flops she wore when she escaped into Malaysia 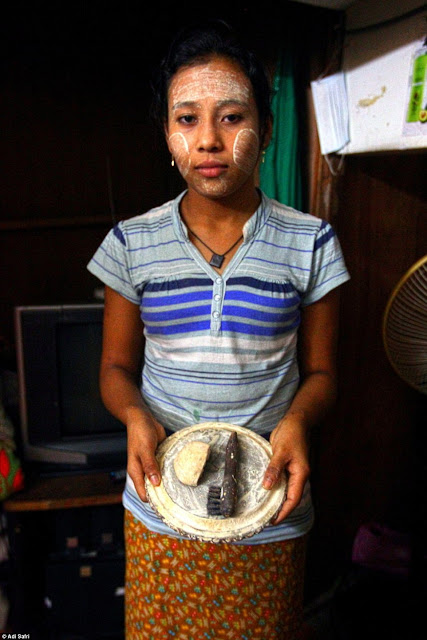 Tawhidah Mohd Ghafar, 18, from Burma, brought a plate of Thanaka, a traditional herb cosmetic paste used to paint their faces 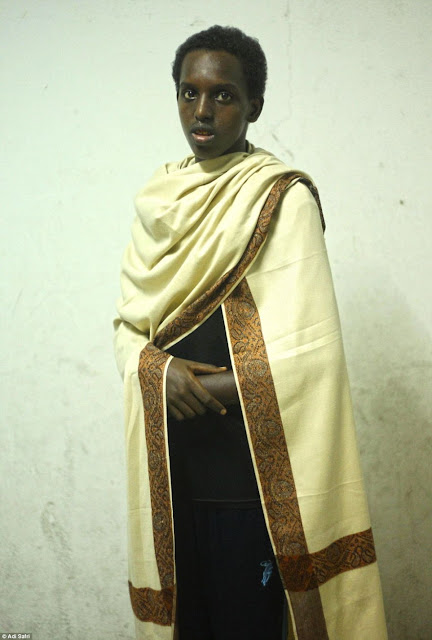 Ali Abdisalam, 15, from Somalia, brought a traditional Somali cloth that was given to him by his father 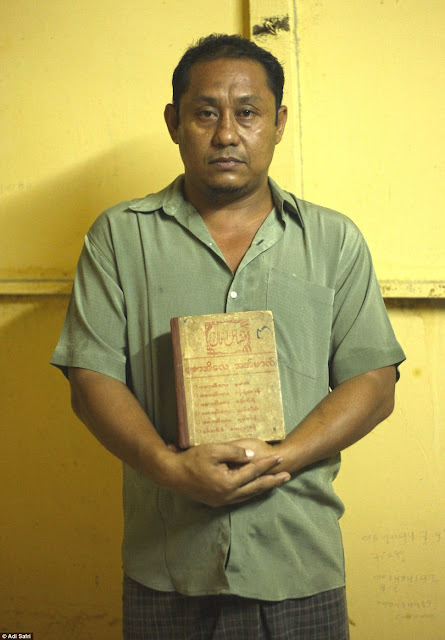 A Muslim man, Osman Mohamad, 37, showed the Book Of Hadith, a collection of sayings from the Prophet Muhammad 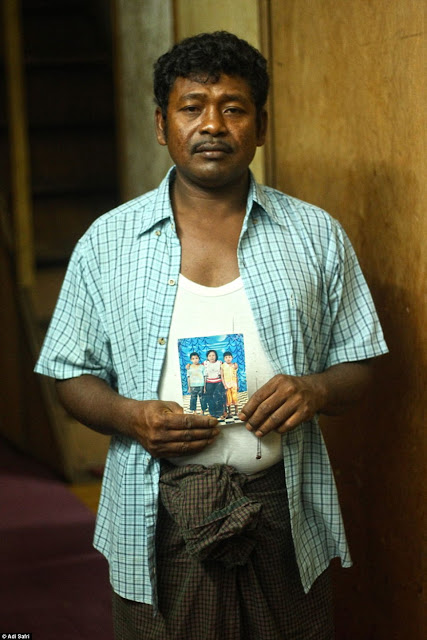 A father held a family picture showing his son, Mohd Ghafar Malik, 39, from Burma, after he left him to be cared for by his aunt 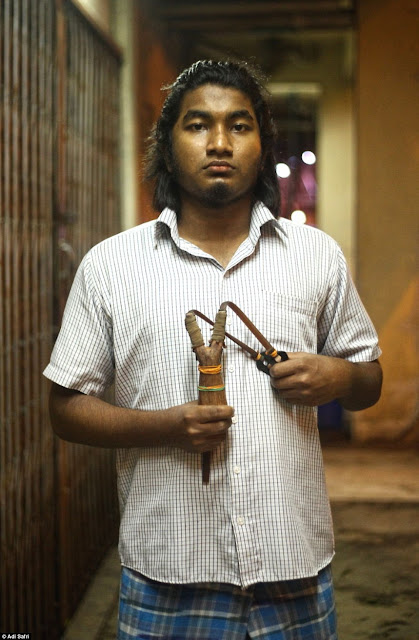 A nostalgic item was picked by Abdul Basik, 18 who took a slingshot given to him by his best friend from childhood 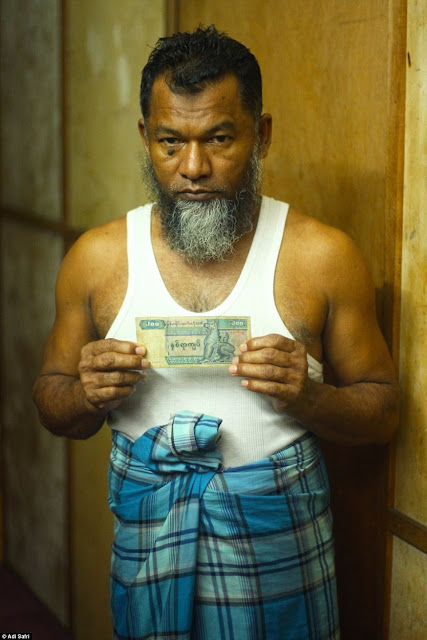 Mohamad Haniff Hussain, from Burma, showed his last 200 Kyat note to the camera - the equivalent of 10p
Posted by pooja