In case you haven’t heard, President Obama is taking time out of his incredibly busy schedule to privately meet with and console the families of the victims of Whatshisname’s bloody rampage at at Umpqua Community College in Roseburg, Oregon. The attack on random students of varying faiths (not a targeted attack on Christians, as conservatives claim) by the “spiritual, but not religious” (not a Muslim, as Republicans would have people believe),  self-proclaimed conservative Republican (not a Black Lives Matter protester, as the Right professes) profoundly impacted our nation.
As conservatives scream their wishes into they sky, the rest of us are focused on one thing: figuring out how we can stop this culmination of gun culture run amok from ever happening again. While some countries, like Australia, have stemmed the problem by enacting common-sense gun regulation, the Right continues to blame mass shootings on nonsensical bullsh*t — like the removal of Christian prayer from public schools.
Though one would be remiss to assume that the Right actually cares about the victims of the shooting (the non-Christian ones, anyway), when the President announced his intention to meet with the families of the victims of the shooter — a product of a paranoid, Donald Trump-obsessed, open-carrying, gun-hoarding, right-wing mother who desperately feared Obummer was going to take her weapons from her — conservatives were instantly furious, which is pretty much their static condition when President Obama so much as allows someone else to hold his umbrella for him.
Shortly after news of the President’s planned visit broke, notorious birther and Islamophobe Pamela Geller shrieked war cry on Twitter, warning that the President is “NOT WELCOME” (apparently, her caps-lock key was broken) in Roseburg. 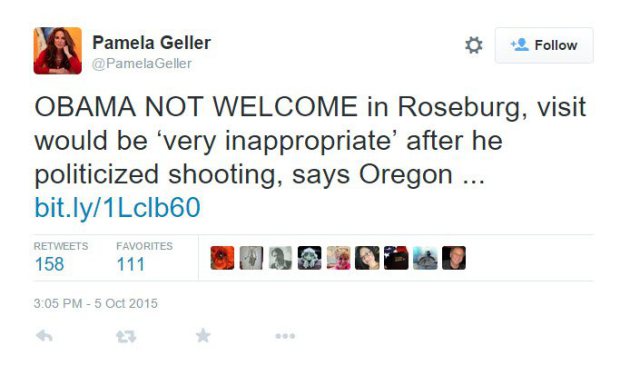 Naturally, Geller’s readers on her blog had some interesting opinions — including that Obama should blame “radical Islam” for the murders rather than the easy availability of guns to the shooter, whose name is just something that I am having trouble remembering at the moment: 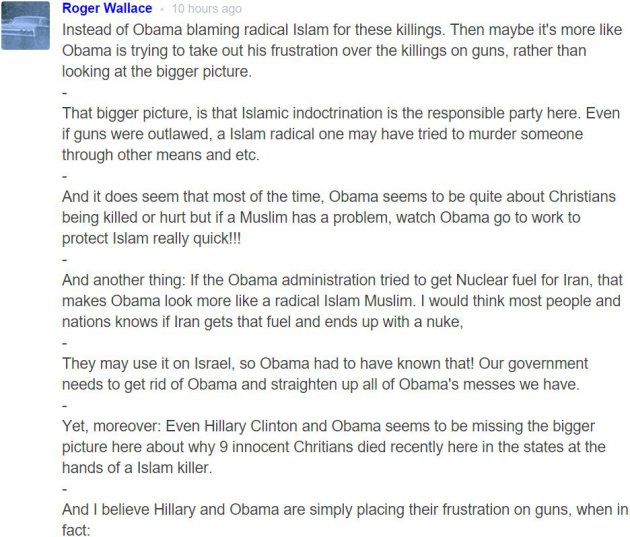 At right-wing blog Weasel Zippers, which proudly places itself within the “bowels of the internet,” all they had to do was share a tweet about the announcement before readers began calling for harm or even death to come to the President: 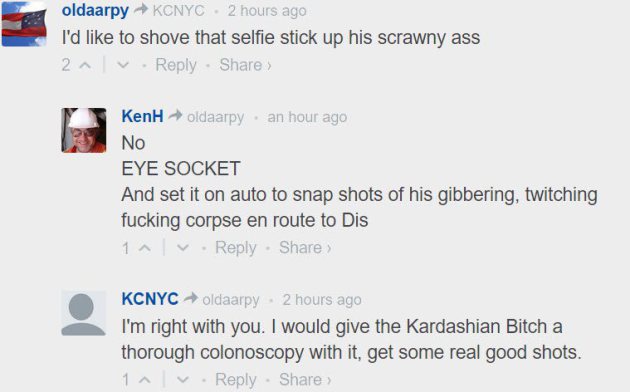 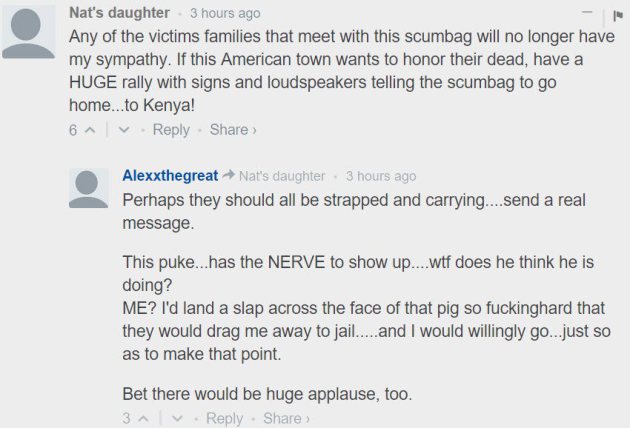 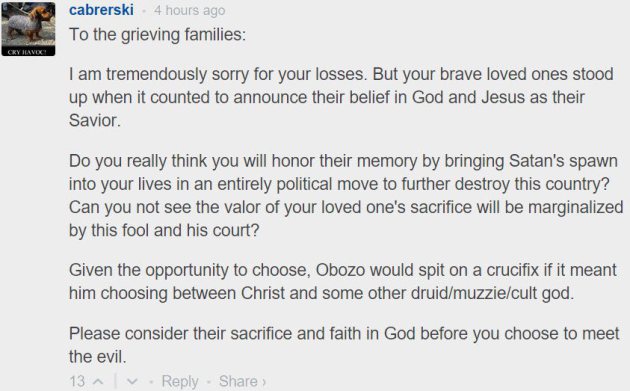 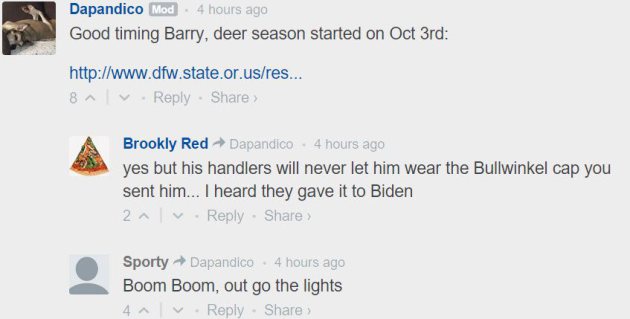 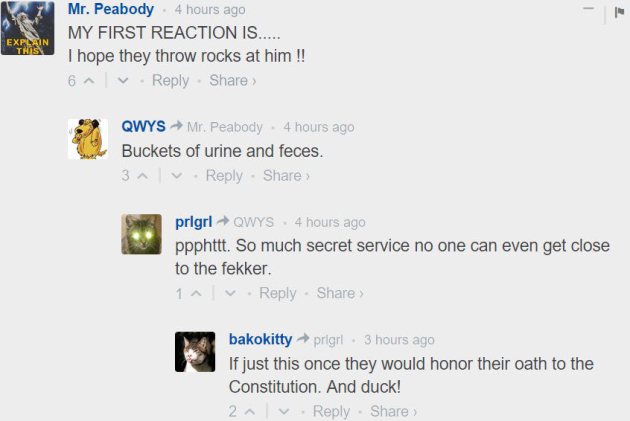 As always, the Right’s reaction to a shooting isn’t a call for restrictions that would decrease the likelihood that another mass shooting will occur — They just want the black man in the WHITE House to be in a body bag.
The shooter’s father, Ian Mercer, wonders “how on earth” his son was able to accumulate so many guns. These people. These people, and the various organizations they represent and support, are the reason why.
It’s time to do something about it.
Posted by pooja