The other day, upon learning of President Obama’s planned visit to Roseburg, Oregon to meet with families of the victims of self-identified conservative Republican shooter “What’s-His-Name,” the Right became so incensed that many conservatives called for President Obama’s assassination. On Friday, the day of Obama’s visit, a mob of conservatives, many of whom were armed, showed up to insult those whose lives were lost in the shooting by complaining about a bunch of nonsensical issues as they told the President he is not welcome ’round these here parts.
The protesters showed up, seemingly, largely to protest President Obama’s plan to use his executive powers to accomplish some reasonable gun-regulation measures — all as the 46th and 47th school shootings this year took place. 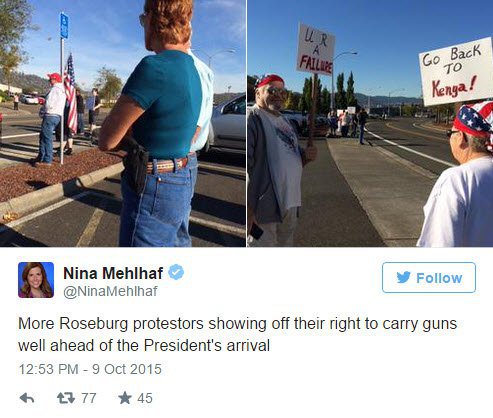 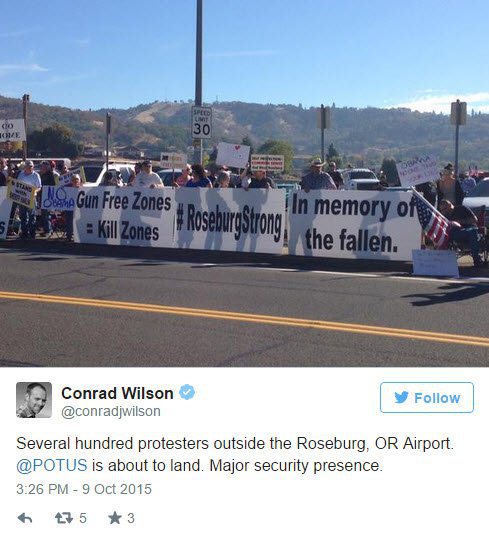 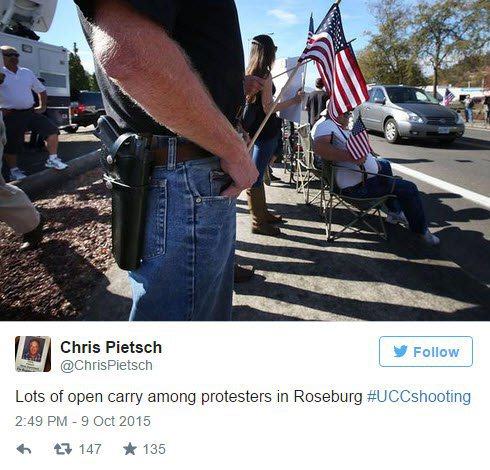 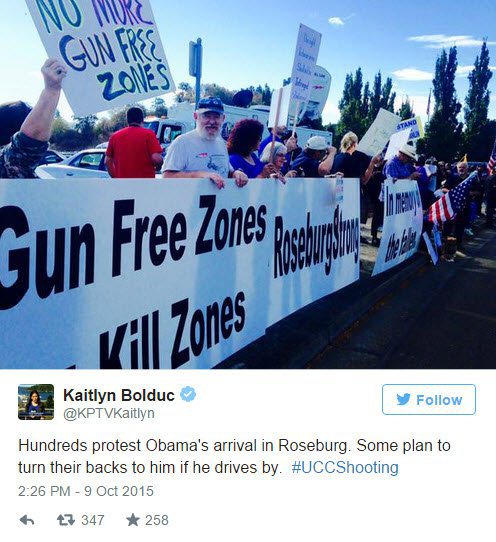 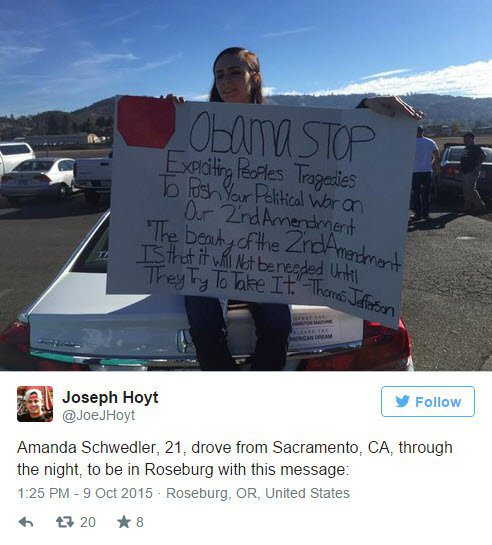 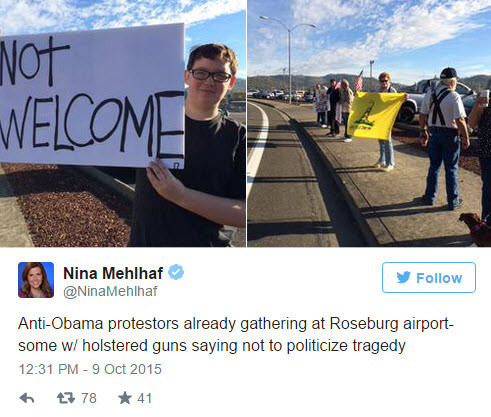 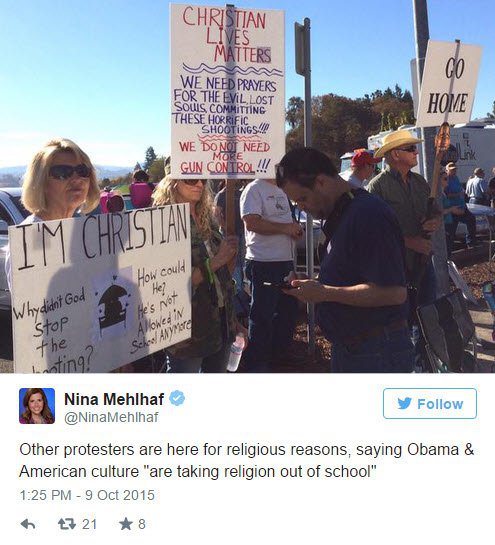 Conservatives have been pushing the false claim that Umpqua Community College was one of their favored pro-gun boogeyman, a “gun-free zone.” Unfortunately, facts are a thing, and the fact is that Oregon law actually prevents colleges from actually banning guns. That’s why there were armed students on campus that day. But, as always, Obama remains black, and therefore evil.
The Right is furious that, shortly after the shooting, the President reminded us of the importance of keeping firearms out of the hands of the wrong people — like the wave of  extreme-Right murderers we have recently seen all across the nation.
“Each time this happens, I am going to bring this up. Each time this happens, I’m going to say we can actually do something about it, but we have to change our laws,” the President said in a press conference following the Oregon shooting. He acknowledged that extremists would attack him for “politicizing” the tragic murders of nine people at the hands of a gun-obsessed right-wing maniac, but said pointedly that “This is something that should be politicized.”
What this mob of armed crazies hopes to accomplish by showing up to protest Obama’s attempt to show compassion to the families of the fallen no one can guess at. It’s difficult to understand the completely unhinged nature of the “your dead kids don’t trump my Constitutional rights” crowd.
Despite the armed opposition, President Obama met privately with the grieving families.
“There are gonna be moments as we go forward where we’re gonna have to come together and figure out how do we stop things like this from happening,” Obama following his meeting with the families of the UCC victims. “I’ve got very strong feelings about this because when you talk to the families you are reminded this could be your child … or your mom or your dad or your relative or your friend.”
The President has promised to look into using his executive power to impose a background check requirement for buyers who purchase from gun dealers who sell guns at high volume. This is absolutely not a cure-all for gun violence, but it is a step in the right direction, and may save some lives. Of course, conservatives will continue to resist progress at every step.
Watch a brief report on the armed opposition to the President’s visit, below: