If Oregon Shooter Had Targeted Muslims, Obama Would Have Done THIS 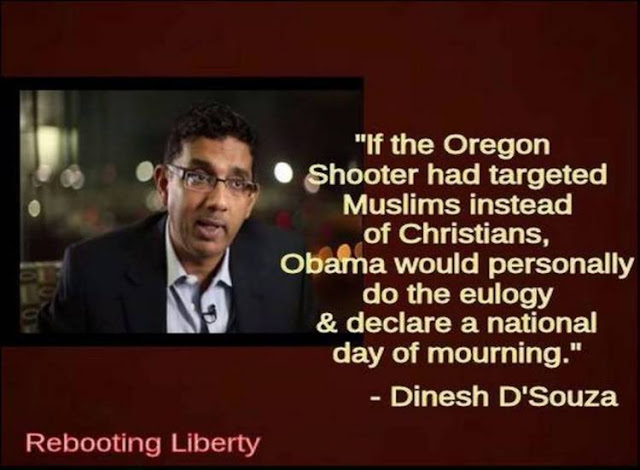 Western Journalism reports what Ben Carson believes Obama would have done if the Oregon shooter targeted Muslims instead of Christians:

After already sparking some criticism for previous remarks regarding the recent mass shooting at an Oregon community college, Republican presidential candidate Ben Carson added to the controversy on Tuesday in a Newsmax TV interview.


Had the gunman targeted Muslims instead of reportedly focusing on Christians, Carson said, Obama’s reaction would have been much different.
“He would have had a seizure over it,” the retired neurosurgeon said.
As for Obama’s refusal to even address the shooter’s apparent anti-Christian motive, Carson concluded that such a reaction is par for the course.
“Remember,” Carson added, “he’s been very reticent to mention Christians in the Middle East who are being massacred as well.”
The fact that Obama “has so much trouble actually articulating the words,” he concluded, “does make you wonder a little bit.”

As the interview veered away from the massacre’s religious aspect, Carson lamented Obama’s knee-jerk advocacy of stricter gun control.
“This is not an issue of the gun,” he asserted, “it’s an issue of the gunman — and we need to start looking at what are the characteristics of these people.”
Posted by pooja