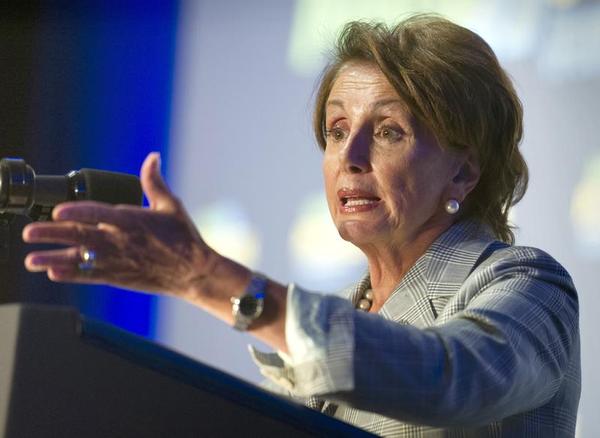 “Mass shootings and gun violence are inflicting daily tragedy on communities across America,” Pelosi wrote to the outgoing speaker. “As of today, nearly 10,000 Americans have been killed by guns in 2015 – more than 30 gun violence deaths a day. Yesterday’s terrible attack at Umpqua Community College in Oregon marked the 45th school shooting this year alone.”

She continued, “As 147 bipartisan Members of Congress wrote in their letter this week urging you to act on gun violence prevention, Congress must address an epidemic that is killing thousands of Americans every year.” 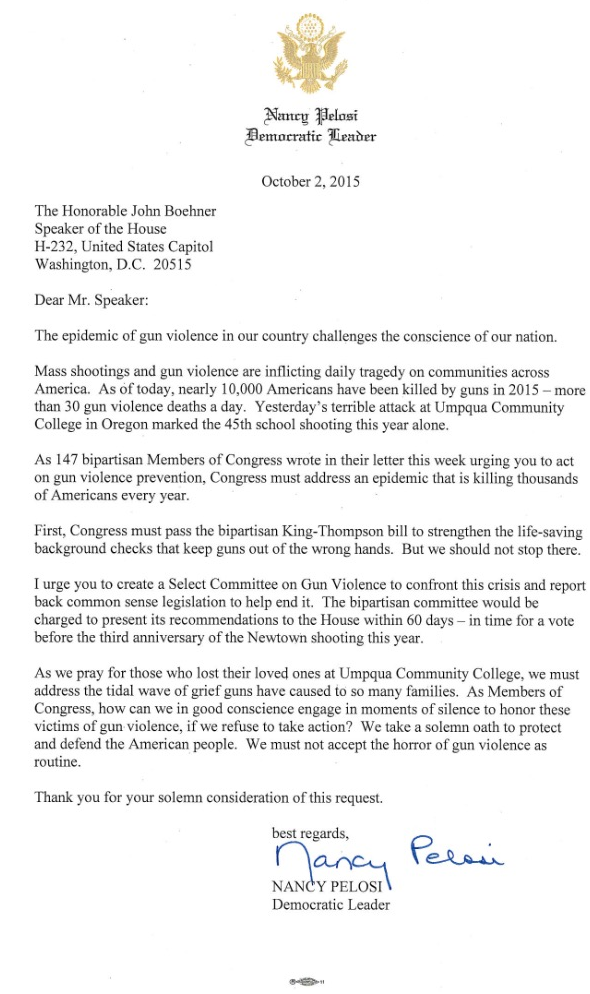 Pelosi suggested passing a bill to strengthen federal background checks, but said “we should not stop there.” She urged Boehner to create a Select Committee on Gun Violence to “confront this crisis.”
“As we pray for those who lost their loved ones at Umpqua Community College, we must address the tidal wave of grief guns have caused to so many families. As Members of Congress, how can we in good conscience engage in moments of silence to honor these victims of gun violence, if we refuse to take action? We take a solemn oath to protect and defend the American people. We must not accept the horror of gun violence as routine,” the California Democrat wrote.
“Thank you for your solemn consideration of this request,” she concluded.
Pelosi’s call for gun control echoes those made by other prominent Democrats in the aftermath of Thursday’s deadly shooting. President Barack Obama and presidential candidate Hillary Clinton both said stronger gun control measures should be implemented.
Posted by pooja