A string of racist Facebook comments prompted a number of firings from several businesses.
The shocking comments began with a post from a man named Gerod Roth, who went by Geris Hilton on Facebook. Roth posted a photo with a co-worker’s son, which prompted a number of racially-charged comments from Roth and his friends.
Many of the shocking comments included references to slavery, with one person even posting a photo of a racist cartoon. 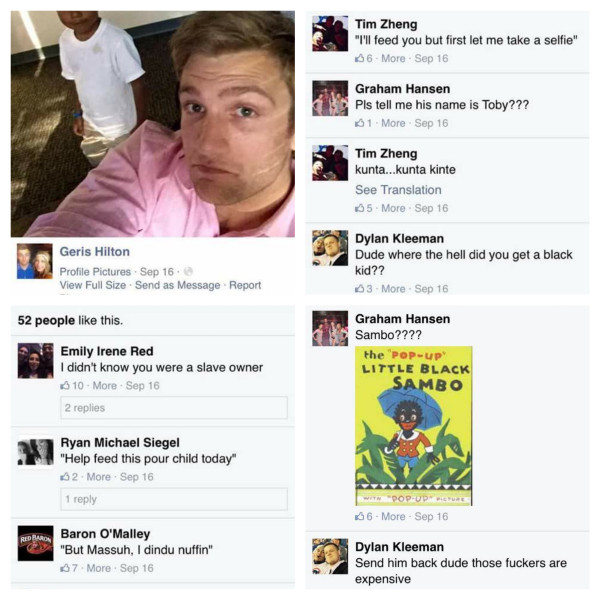 The child in question was discovered to be 3-year-old Cayden, the son of Roth’s co-worker. Cayden reportedly accompanies his mother to work every day after school. Roth referred to the child as “deaf, mute and feral” in one of his Facebook comments.

Roth, who had two jobs at the time of the post, was fired from both.
“The atrocious lies, slander and racism he and his mother have been forced to endure are wholly intolerable,” Roth’s employer, Polaris Marketing Group, wrote in a Facebook post regarding Cayden and his mother, Sydney.
“Myself and the entire PMG family in no way condones this kind of behavior and would never willingly associate with anyone who does," he added. "It has no place in the world. PMG terminated the employee responsible and will ensure that none of the businesses that we associate with will ever do business with him again.” 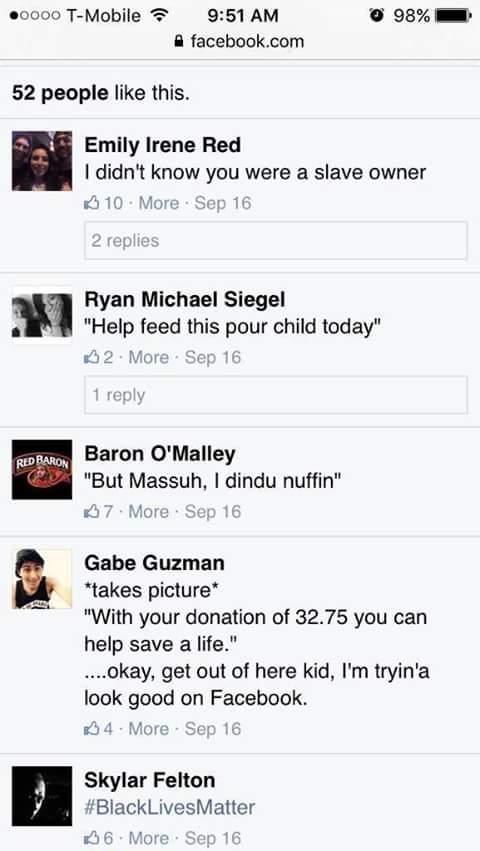 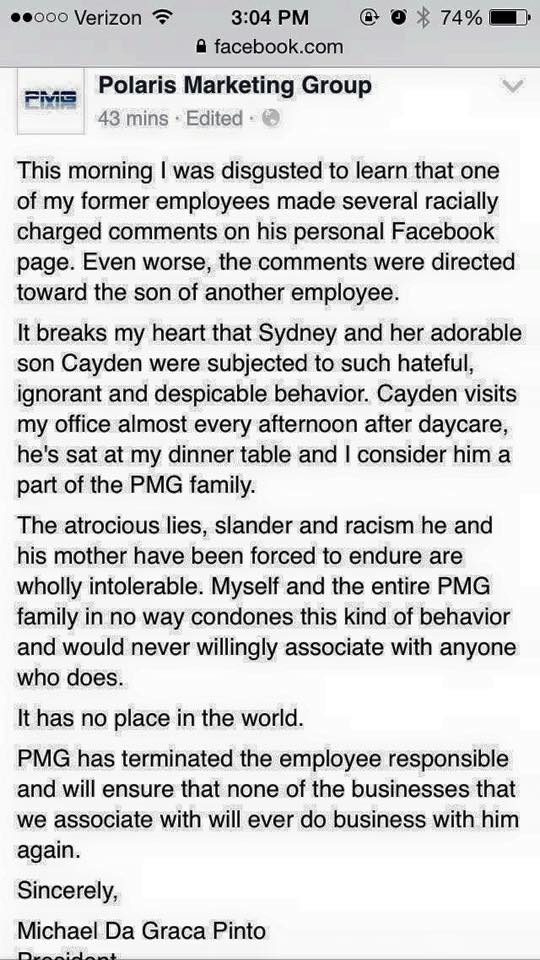 Several friends of Roth’s were contacted via Facebook and confronted about their comments.
One friend in particular, Emily Irene Red, was also fired over her remarks.
Posted by pooja