These photos were taken by an off duty police officer from East Liverpool, Ohio who was tailing a suspicious car. After the vehicle stopped, the police officer pulled up closer and saw this. Two parents passed out in the front seats overdosed on heroin with a small child sitting in the back. 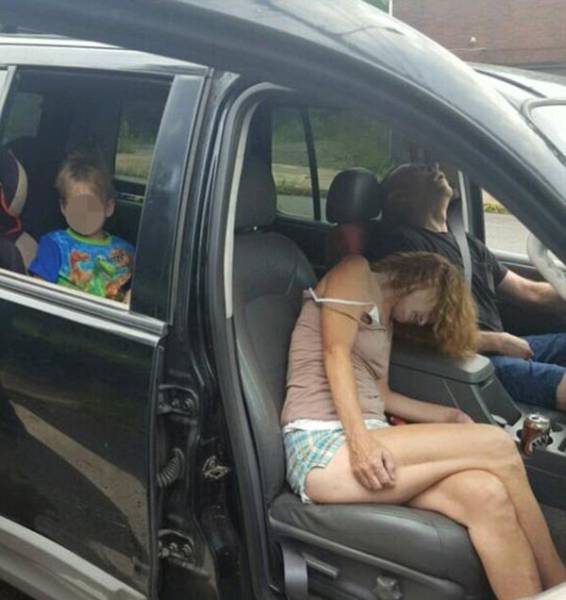 The policeman posted these photos on social media to shame the parents. The father, who was behind the wheel, was arrested and sentenced to one year in prison. 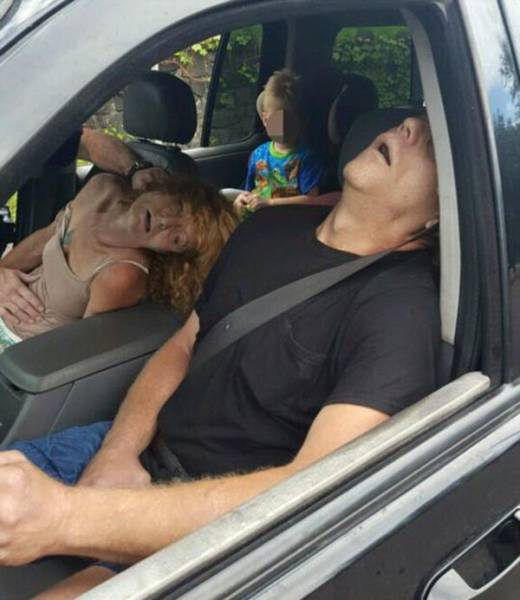 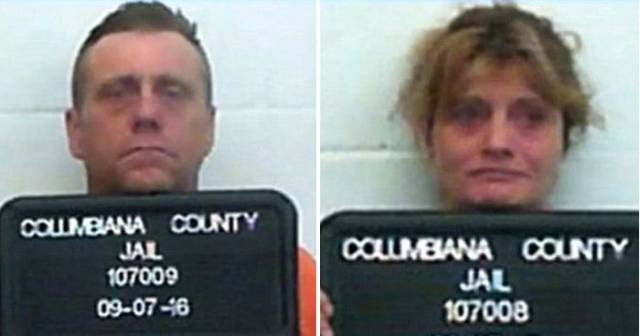