Villagers Scrap a Living Out of Abandoned Diamond Mine in Brazil

Deep in the heart of the Brazilian state of Minas Gerais, along the banks of the Rio Jequitinhonha, rural miners explore the massive open pit mines left behind by giant mining companies in search of diamonds. They try out their luck with artisanal techniques used a hundred years ago such as wooden knives, metal pans, and large water pumps. It’s a difficult process that takes weeks to accomplish with no guarantee of results. Working in groups of ten or less, these miners first excavates the soil down to a layer of gravel of up to 50 meters deep. Rocks are extracted with the help of small pumps powered by old truck engines. The miners then use their hands to go through the small rocks. If they're lucky, they'll find some diamonds. 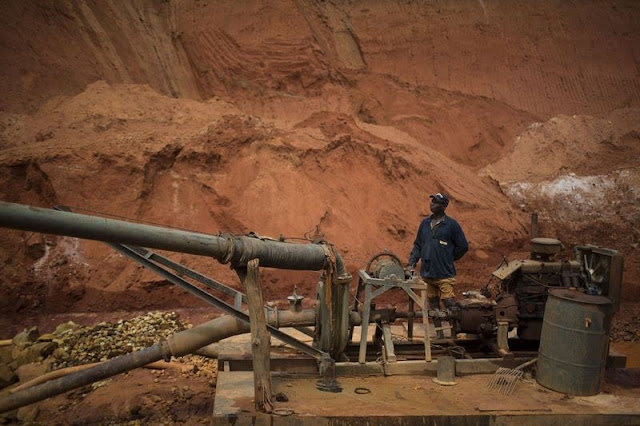 Hundreds of people across the region dig for diamonds in this devastated area known as Areinha. They live in wooden huts without electricity and bathe with water in buckets, barely surviving without a stable income but on rare occasions enjoy a windfall of tens of thousands of dollars.

Diamonds were discovered in Minas Gerais by gold miners around 1725. For more than a hundred years, the country was the world’s most important diamond source, until the discovery of South African diamond mines. Today, Brazil is only a minor producer in the diamond market. Many mines were abandoned because of lack of profits, attracting large number of illegal miners like vultures to a corpse.

These pictures were captured by Associated Press photographer Felipe Dana as a work project for the 2015 World Press Photo Latin America masterclass held in Mexico City in December. 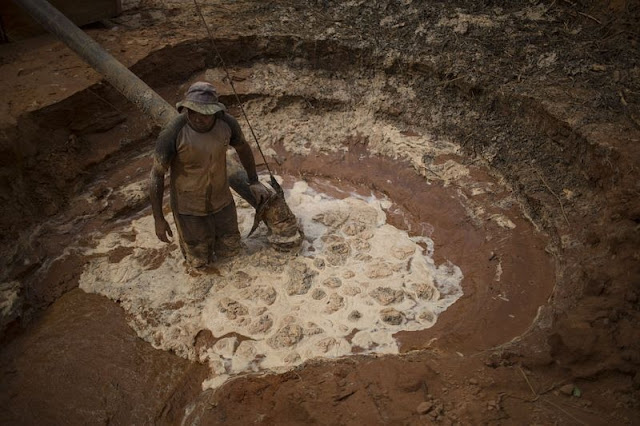 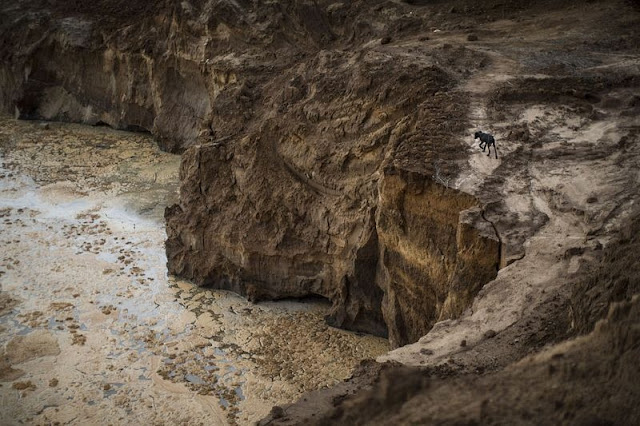 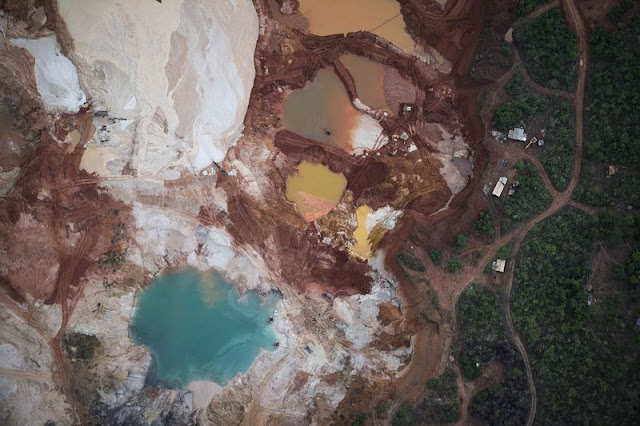 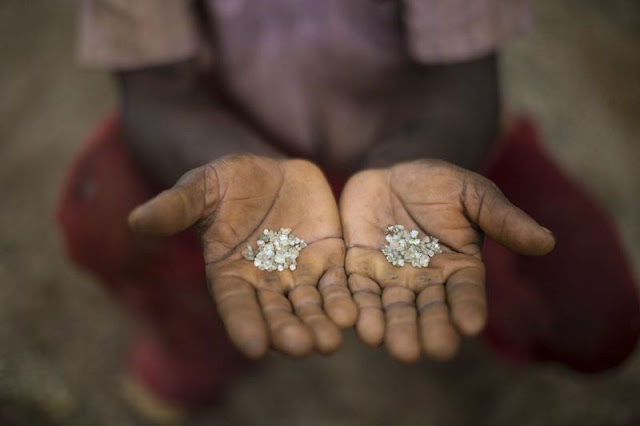 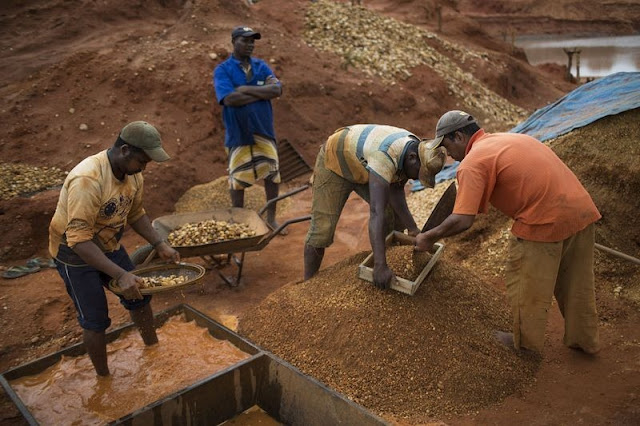 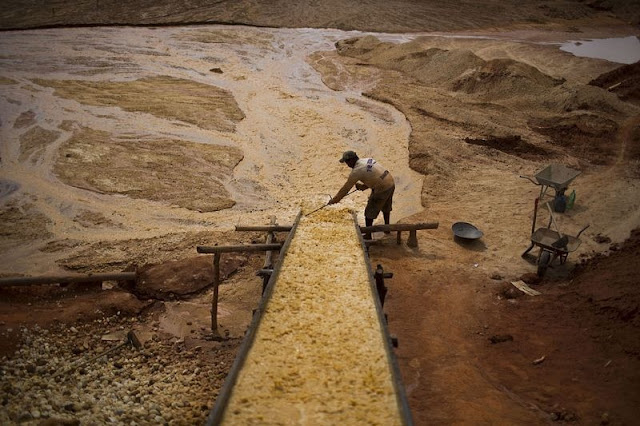 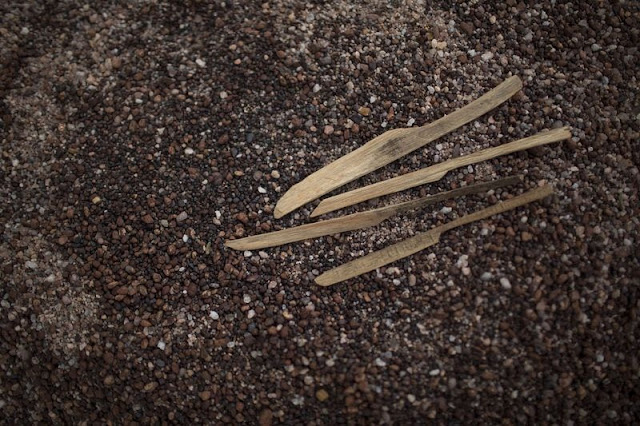 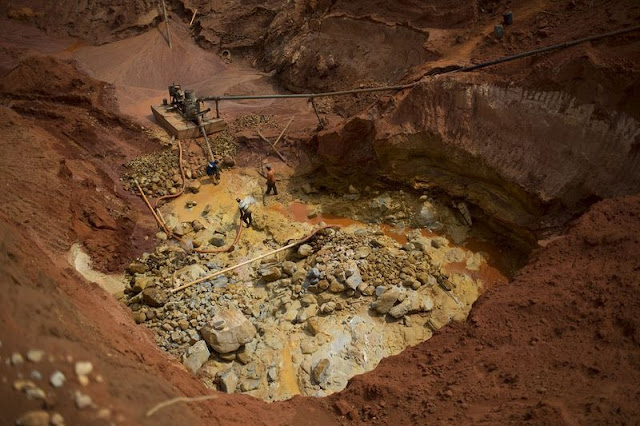 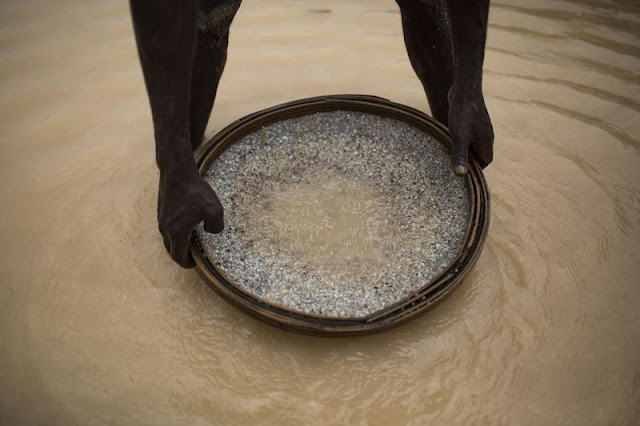 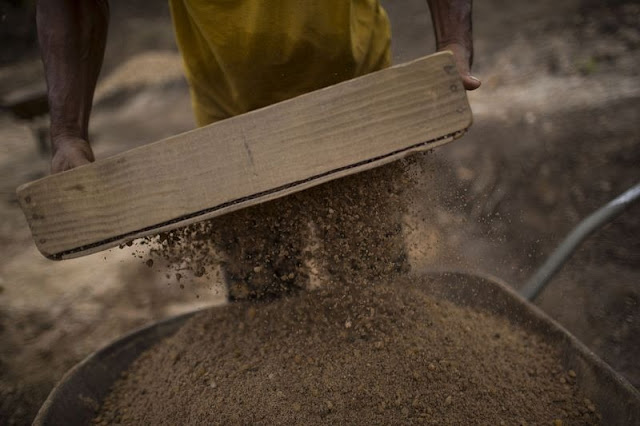 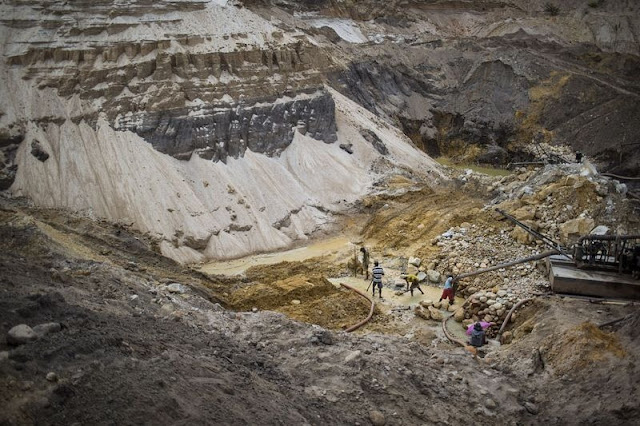