With Hillary and Bernie basically tied in Iowa and with Ted Cruz over Donald Trump, let’s take a look at some of Media Matters’ Eric Boehlert’s predictions from before the caucuses, shall we?
Here are some of his funniest, but wrong tweets: 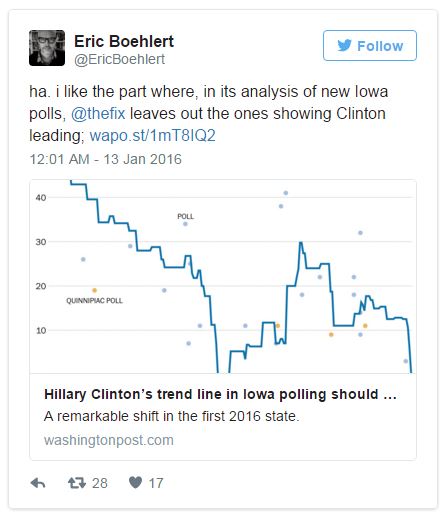 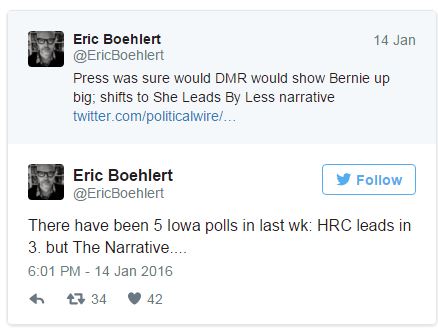 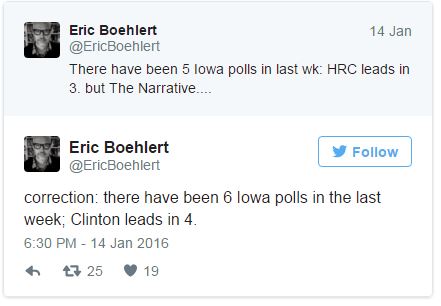 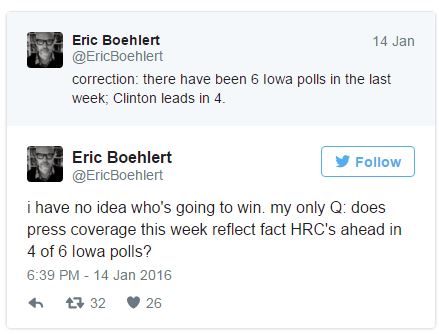 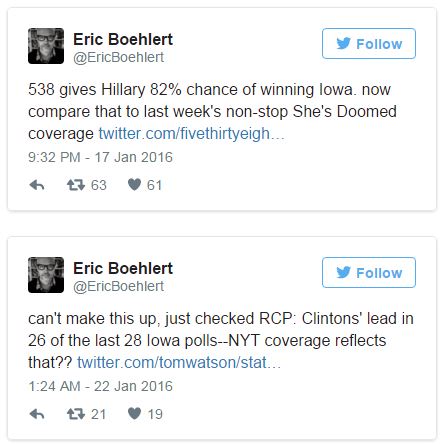 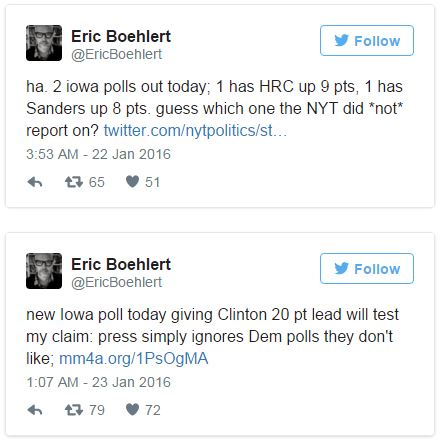 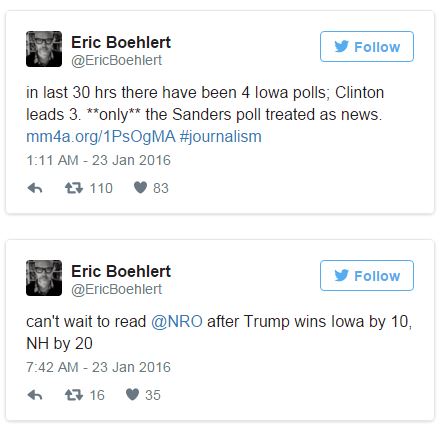 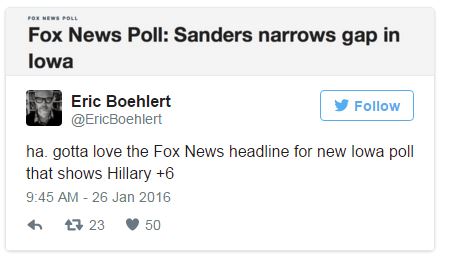 Once the results came in, then he liked the Sanders polls? With his earlier rants, shouldn’t he report all of the polls that had Hillary winning, too? 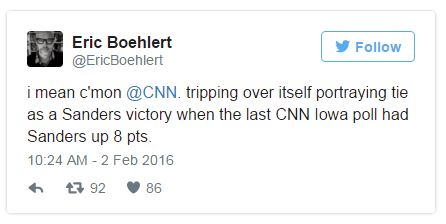 By Thursday, however, he was dissing the accuracy of that CNN poll: 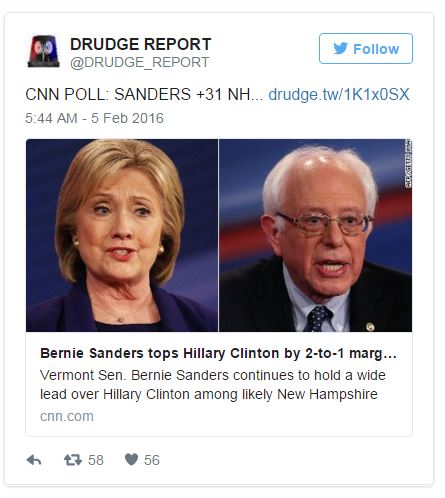 We’ll find out on Tuesday night!
Posted by pooja