Trayvon Martin’s 21st birthday, but as we all know, he was killed during an altercation with George Zimmerman back in 2012.
Ben Shapiro, one of the sharpest conservative commentators on the scene decided to tweet about it, and boy, oh boy, is he ever catching all kinds of crap for it.
Here’s his tweet.

Whew! Intense, right? This dude truly fears nothing. Anyway, here’s how liberals are responding to his comments.WARNING: EXTREMELY FOUL LANGUAGE AHEAD. HEY, WHAT DID YOU EXPECT? THEY’RE LIBERALS…. 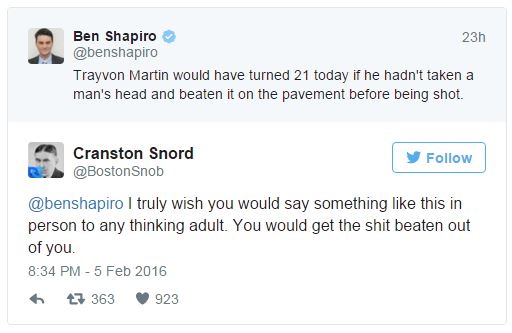 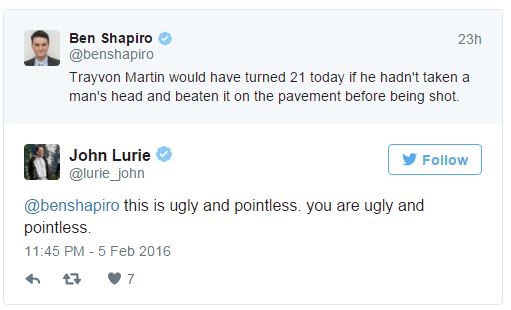 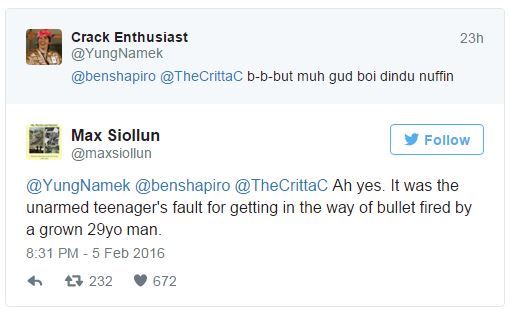 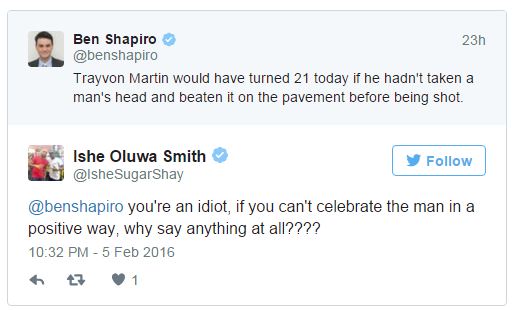 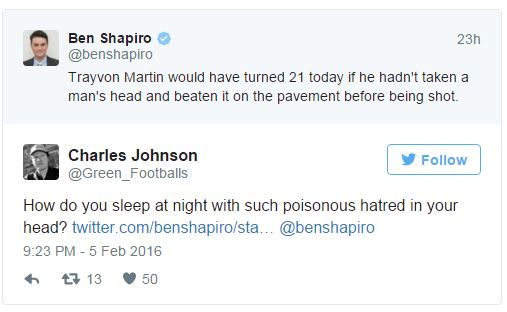 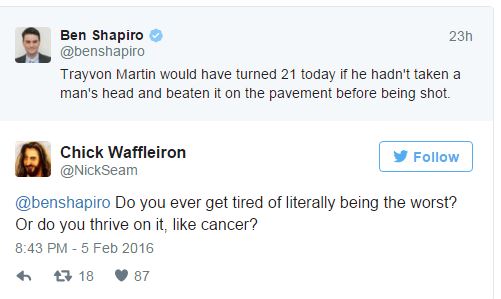 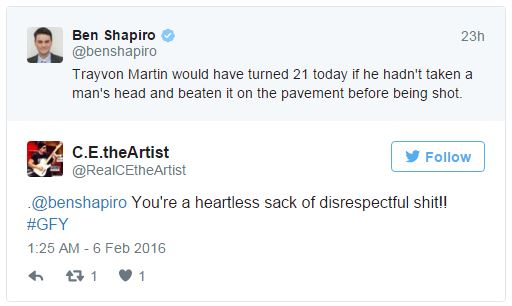 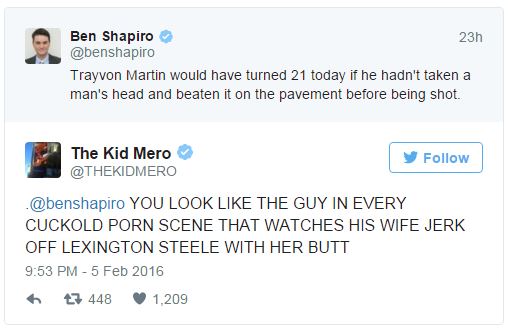 Isn’t funny how liberals talk about how cruel Shapiro is for saying what he said here, yet they use curse words and filthy language to scold him?
I know liberals don’t own the corner market on hypocrisy — well, sometimes I feel like they do — but they certainly are good at it, that’s for sure.
You don’t have to agree with Shapiro, nor support the manner in which he said something, but participating in the same behavior you’re slamming someone for kind of weakens your point, don’t you think?
Posted by pooja