Taq Kasra The Archway of Ctesiphon

The ancient city of Ctesiphon, on the banks of Tigris, is located about 35 km southeast of modern Baghdad. Established in the late 120s BC, it was one of the great cities of late ancient Mesopotamia and the largest city in the world from 570 AD, until its fall in 637 AD, during the Muslim conquest. The only surviving structure of Ctesiphon today is the majestic vaulted hall of Taq Kasra, which served as the palace of the Sasanian king Khosrow I, in the late 6th century. The archway is one of the largest single-span vault of unreinforced brickwork in the world.

Ctesiphon was founded by Mithradates I, the king of the Parthian Empire, as a place of royal residence, after he annexed Babylonia by defeating the Greeks. Under the Parthian rule, Ctesiphon became the political and commercial center of the region, and by 58 BC, it had become the Empire’s capital. Gradually, the city was merged with the old Hellenistic capital of Seleucia and other nearby settlements to form a cosmopolitan metropolis. 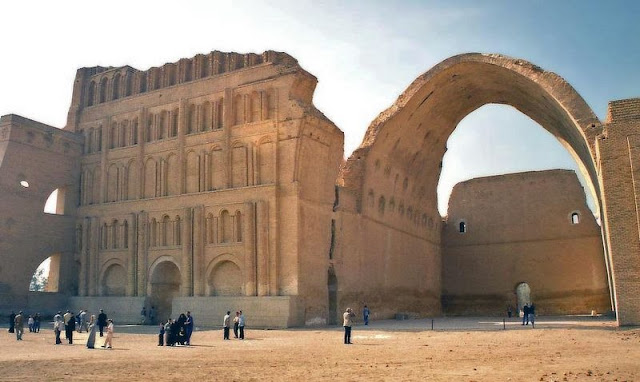 In the 2nd century, the tug-o-war of power between the Romans and the Parthians caused Ctesiphon to change hands between the two Empires for a total of six times. During the last possession, the Romans sacked and looted the city, destroyed palaces and carried off thousands of its inhabitants as slaves.

In 226 AD, the city fell into the hands of the Sasanian empire, and Ctesiphon flourished once again. The oldest inhabited places of Ctesiphon were on its eastern side, which in Arabic sources is called "the Old City", where the residence of the Sasanians, known as the White Palace, was located. The southern side of Ctesiphon was known as Aspanbar, which was known by its prominent halls, riches, games, stables, and baths.

After another brief occupation of the city by the Romans, the Sasanian king Khosrau I regained control over Ctesiphon. He then started building a large palace complex with a large vaulted arch, that is 37 meters tall and 26 meters across. The top of the arch is about 1 meter thick while the walls at the base are up to 7 meters thick. Until modern times, it was the largest, unsupported vault in the world.

After the Arabs captured Ctesiphon in 637 AD, they improvised the palace as a mosque until the area was gradually abandoned. By the 8th century, Ctesiphon had been superseded by the newly founded city of Baghdad, and Ctesiphon’s deserted ruins were used as a quarry for building materials. Subsequent floods destroyed all remaining structures, including Taq Kasra, one third of which was swept away by a flood in 1888.

The imposing brick ruin of Taq Kasra is now all that remains above ground of a city that was, for seven centuries the main capital of the Iranian successor dynasties of the Parthians and Sassanids. 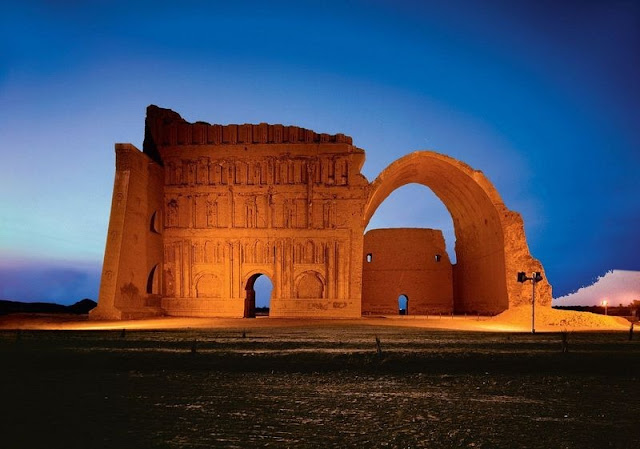 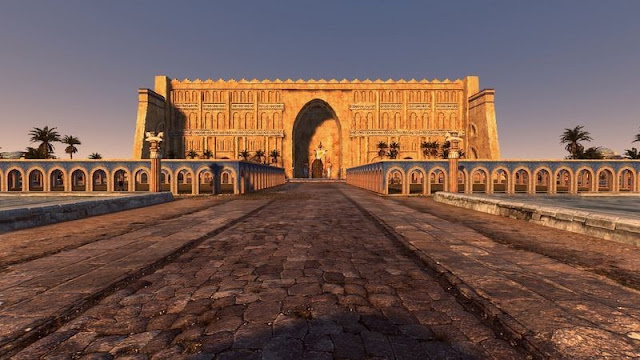 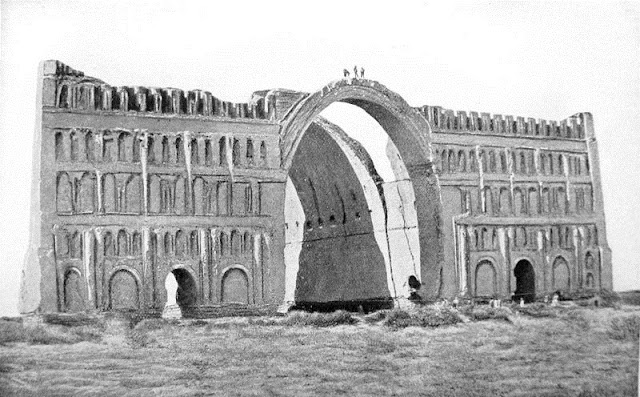 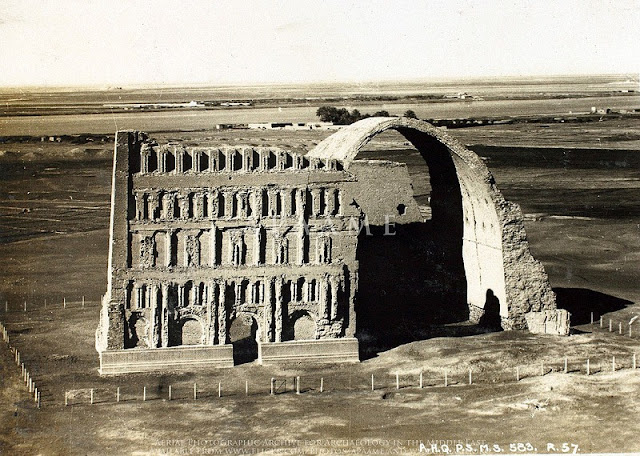 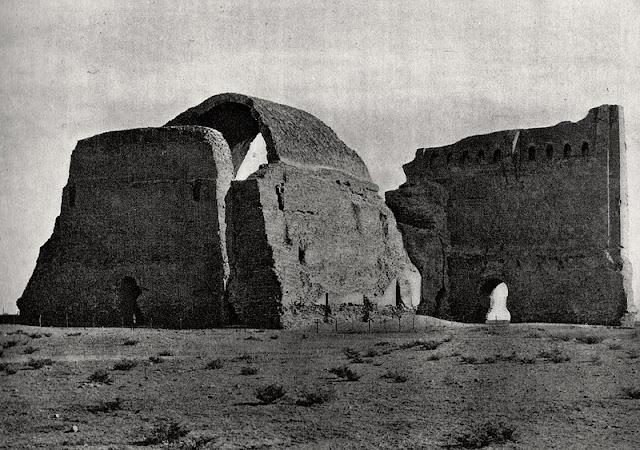