Texas honor student jailed for missing too much school 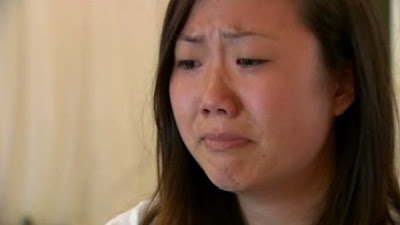 An honor student in Texas was thrown in jail after she missed too many classes at her high school.

A judge issued Diane Tran, 17, a summons Wednesday for her excessive truancy after she missed class. She was arrested in open court.

Last month, Tran was issued a warning by the judge for missing school.

Tran said she works both full-time and part-time jobs, in addition to taking advanced and college level courses.

But the judge said Tran's case was bigger than the individual situation of one student.

"If you let one run loose, what are you gonna' do with the rest of 'em?," said Judge Lanny Moriarty. "Let them go too? A little stay in the jail for one night is not a death sentence."

But Tran's classmates said she had a lot more to juggle than the average teen.

"She goes from job to job from school. She stays up until 7 a.m. in the morning doing her homework," said Devin Hill, a classmate and co-worker.

On top of that, Tran said her parents spilt up and moved away, leaving her to support her younger sister.

The judge admitted that he wanted to make an example of the teen.